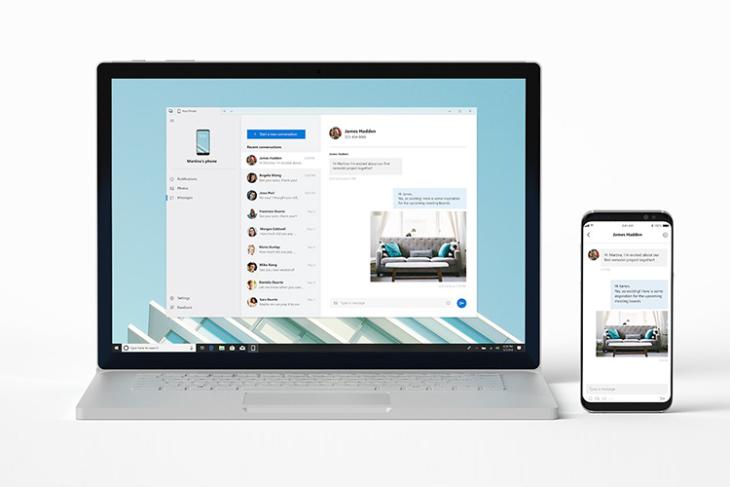 Microsoft has made a myriad of amazing features available via its Your Phone app. It enables you to view notifications, answer or place calls, view photos, and even control music playback on your smartphone. While all this is great and bridges the ecosystem gap between Windows 10 and Android, a new feature of the Your Phone app has been revealed online today.

Roberto Bojorquez, Product Manager, Your Phone app at Microsoft took to Twitter to share an easter egg with Windows 10 beta testers. As seen in the image below, you can now copy text from images received via text simply by right-clicking and selecting the ‘copy text from picture’ option.

What about a little #yourphone "easter egg" for #WindowsInsiders on a Friday afternoon? You can right click on any MMS and extract the text into clipboard and paste it anywhere. BTW- yes, I won the emoji movie trivia game with my team (it was pretty close though). WFH fun! pic.twitter.com/BDjI90g27i

This nifty little feature is currently live for Windows Insiders. I’ve already tested out this feature on my Windows 10 Insider build #19619 (Fast Ring) and it works exactly as advertised. Microsoft is presumably using OCR technology to extract text from the images, which is great. You can check out the results of this feature in the image below: 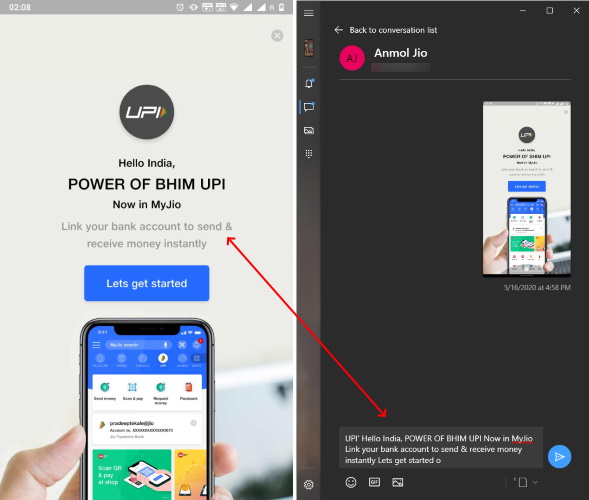 Microsoft is using this feature on MMS pictures but who really uses MMS these days? This feature could have come in really handy under one condition – if RCS was widely available and adopted on Android devices. If Android users weren’t entirely reliant on a third-party app, such as WhatsApp or Telegram, RCS would have been an iMessage competitor and this Your Phone feature could be a lot more useful.