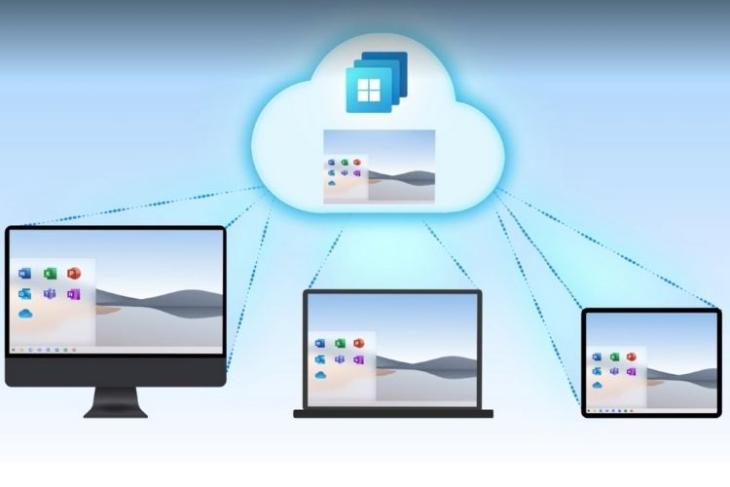 Microsoft has today announced a new Cloud PC service for businesses called Windows 365. It is essentially a business-exclusive service that lets organizations give their employees access to a Windows PC-in-a-cloud via a web browser. So, the service is a simpler version of Microsoft’s existing Azure Virtual Desktop service, without the hassle of setting up an Azure Virtual Desktop environment in the cloud.

The Redmond giant announced the service via an official blog post. The Windows 365 service will work with any modern web browser or through Microsoft’s Remote Desktop app. It will be available for businesses once it launches globally on August 2.

“Windows 365 takes the operating system to the Microsoft Cloud, securely streaming the full Windows experience—including all your apps, data, and settings—to your personal or corporate devices. This approach creates a fully new personal computing category, specifically for the hybrid world: the Cloud PC,” wrote Wangui McKelvey, the General Manager of Microsoft 365.

Now, as you can imagine, Windows 365 will allow businesses to give their employees access to a Windows 10 or a Windows 11 (once available for the public later this year) PC in the cloud. The service comes at a time when major companies are shifting to a hybrid work culture due to the Coronavirus-led pandemic. Microsoft aims to make this shift for businesses easier with its Cloud PC solution.

Microsoft will offer two editions of Windows 365 – a Business Edition and an Enterprise Edition. Both are powered by the company’s Azure Virtual Desktop and lets businesses configure full-fledged Cloud PCs, ranging from a cloud PC with a single CPU, 2GB of RAM, and 64GB of internal storage to a high-end machine with up to 8 CPUs, 32GB of RAM, and 512GB of storage.

As for security, Microsoft says that Windows 365 helps solve today’s critical security challenges with a focus on Zero Trust architecture and securely storing information on the cloud rather than the system itself. Moreover, tools like Multifactor Authentication (MFA) integrated with Microsoft Azure Active Directory (Azure AD) ensures login verification when accessing a Cloud PC.

With Windows 365, Microsoft wants to deliver cloud PC service to businesses that wanted to try virtualization services in the past but could not due to various reasons. So, with the new cloud service, businesses will be able to easily create Cloud PCs and assign them to employees.

“Windows 365 is really going to make a huge difference for organizations that wanted to try virtualization for various reasons but could not — maybe it was too costly, too complex or they didn’t have the expertise in-house to do it,” further added McKelvey.

Now, coming to the pricing of the Windows 365 service, Microsoft hasn’t shared details on that yet. So, we can expect the company to announce the prices for both the plans once the service goes live on August 2. You can check out the official promo video of Windows 365 attached below.