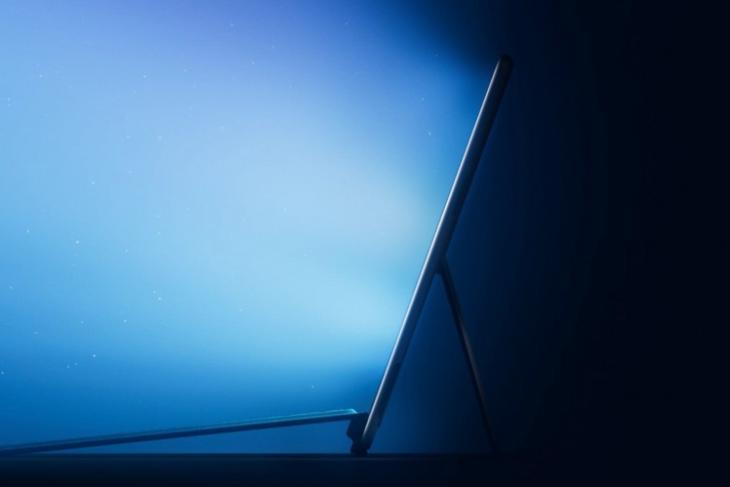 Now, starting with the next-gen Surface Duo, the device is expected to fill the shoes of its Android-powered, dual-screen predecessor. It was hailed as the Best Invention of 2020 by Time Magazine (really!? aren’t we forgetting actual folding screen phones). Although we don’t know much about the Surface Duo 2 just yet, a few photos of the device leaked online earlier this year. They suggest that a major camera upgrade is on the cards for Microsoft’s foldable Android phone.

As per the leaked images, the Surface Duo 2 will feature a triple camera setup on the outside, unlike the original Surface Duo with no cameras on the outside. It is expected to include a standard wide-angle lens, an ultra-wide-angle lens, and a telephoto lens. Furthermore, the company has reportedly moved the fingerprint sensor to the power button and centered the USB-C port at the bottom, as per leaked images.

As for the internals, the Surface Duo 2 is expected to pack the Qualcomm Snapdragon 888 chipset. Moreover, there will be support for 5G networks and NFC support for contactless payments onboard.

Coming to the Surface Book device, although it will be the successor of the Surface Book 3 launched in 2020, the company might give it the moniker of Surface Laptop Pro, as per a Windows Central report. The report also includes a patent design of the upcoming Surface laptop that is expected to come with a Surface Studio-like form factor. The device will also be the first Microsoft device to run Windows 11 out-of-the-box.

As for the screen, the Surface Laptop Pro might come with a 14-inch display with a 3:2 aspect ratio and Dynamic Refresh Rate support. It is expected to pack an Nvidia RTX graphics card, although we do not have any information on the processor yet.

So, you will have to wait until September 22 to get more information on the above products. However, ahead of the launch, the rumor mill might share more information regarding the price and availability of the upcoming Microsoft Surface devices. So, stay tuned.