Skip to content
Home News Microsoft Editor is Now Official; All Set to Take on Grammarly 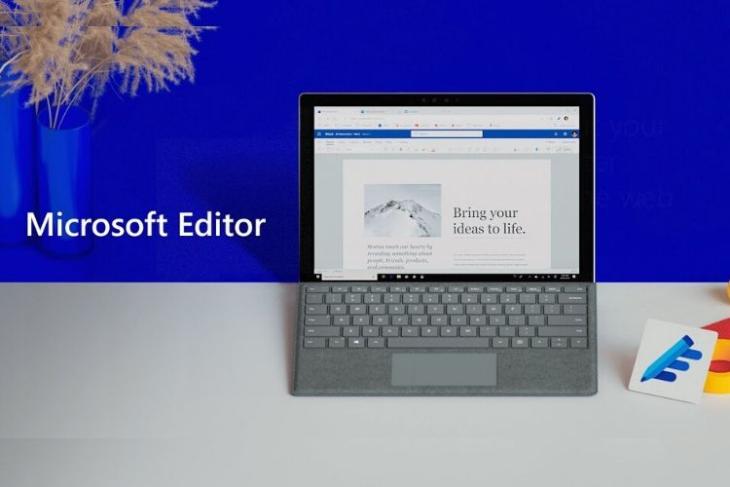 Towards the end of last year, we learned that Microsoft was working on a Grammarly competitor to make it possible for users to check and correct grammatical errors in a jiffy. The rumors were true. Microsoft Editor has made its official debut today, along with the new rebranded Microsoft 365 suite.

As described it in the official blog post, Microsoft Editor is an “AI-powered service that enables you to write with confidence in 20+ languages.” It can not only help you catch spelling errors or grammatical mistakes but also offer additional suggestions to further improve your emails, Facebook post, or LinkedIn update.

Formerly known as Ideas in Word, Editor is not only integrated into Microsoft Word – both offline and online but also accessible in Outlook and anywhere on the web. You simply need to install the Office extension (Microsoft sign-in required) in Chrome or Edge. This feature is already going live for some users and you can view a couple of screenshots right here:

Microsoft Editor has two tiers – free and subscription. The free tier will be available to all and sees the tool provide basic features such as spelling and basic grammar checks across Word, Outlook.com and the web. However, if you get a Microsoft 365 Personal or Family subscription, you gain access to “advanced grammar and style refinements such as clarity, conciseness, formal language, vocabulary suggestions, and much more,” states the blog post.

You can check out a quick demo of the features in Microsoft Editor right here. And, it goes without saying, Microsoft is one of the best at making demo or marketing videos.

Microsoft Editor will also introduce a Similarity Checker feature to identify potentially unoriginal content and help you insert relevant citations. We installed the new Office extension on both Chrome and Microsoft Edge but found Microsoft Editor to be acting finicky. It made a random appearance here and there (screenshot), with its settings inaccessible at the moment.