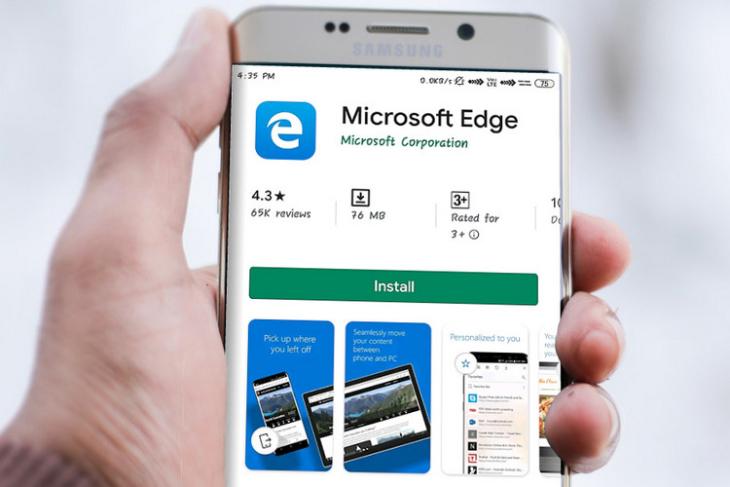 Microsoft’s Edge browser on Android has received a new update that brings support for Dark Mode on devices running Android 10. The update is live with the latest stable version of the app, which is already available for download from Google Play. The update, which comes as version 42.0.4.3928 and weighs in at 80MB, also includes ‘general bug fixes and performance improvements’, according to the app’s Play Store listing page.

Microsoft has been testing a native dark mode for the Android version of its Edge browser for more than a couple of years, having originally included the feature on a preview version of the app back in late 2017. Since its official release a few months later, the software has gained many more cool features, making it one of the web-browsers to be reckoned with on mobile phones. The app has also since been released on iOS and, supports iOS 13’s native dark mode on iPhones.

While Edge has definitely received a warm response on Android and iOS, it still hasn’t received the sort of traction that Microsoft would have hoped for. However, it wasn’t really unexpected, given how wary many people are about using Microsoft’s web-browsers because of the company’s patchy history with Internet Explorer – the erstwhile market leader that eventually became the butt of all jokes for its myriad security loopholes and performance issues.

Either way, as mentioned already, the browser supports the native dark mode on both Android 10 and iOS 13, so you can download the app on your device to check out the new feature irrespective of whether you use an iPhone or an Android device.