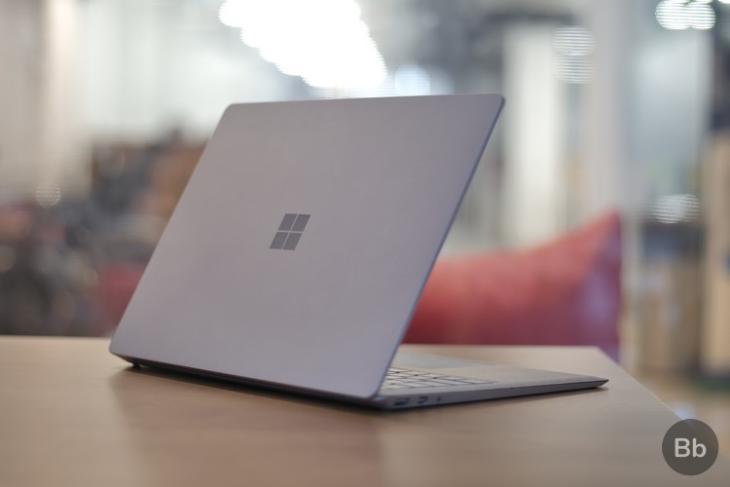 Microsoft is scheduled to hold its much-anticipated Surface event in New York tomorrow, i.e. 2nd October, and we got a complete loadout for what to expect earlier in the day. If you’ve already gone through that story, you would know that Microsoft is expected to unveil a new dual-screen Surface device at the event.

Well-known tipster Evan Blass had reported that the dual-screen Surface is coming, but didn’t any pictures of the same. He still hasn’t posted any pictures of the device (we will update this story if he shares any) but dropped some major information about it.

Blass’ latest tweet (screenshot below) reveals that a new dual-screen Surface will be powered by a new version of Windows 10 called Windows 10X. This platform, he says, is specifically designed for dual-screen and folding devices — which also hints that Microsoft may possibly be working on a foldable device similar to the one shown off in a number of patent applications. This build was previously known as Windows 10 Lite. 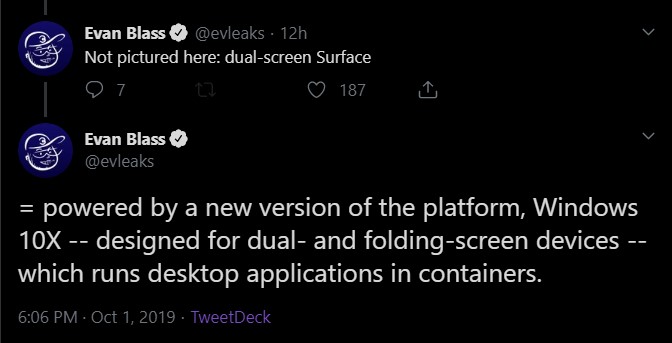 The tweet further adds that Windows 10X will allow the device to run desktop apps in containers – relying on virtualization to make this work. That’s all we know for now and we expect to learn about it in detail at the hardware event tomorrow.

Microsoft’s upcoming dual-screen laptop won’t be the first dual-screen laptop to make an appearance. Lenovo has already dabbled in this space with its innovative Yoga lineup and Yoga C930 is the culmination of this effort. It includes a QHD screen up-top and an E-ink display at the bottom, which transforms into the keyboard, drawing pad, and more. You could check out the video below to learn more.

Microsoft’s Surface has always had a charm and a touch of premiumness that you don’t really find in other Windows 10 laptops. So, we are excited to see what Microsoft will be offering us with its first attempt at dual-screen devices.