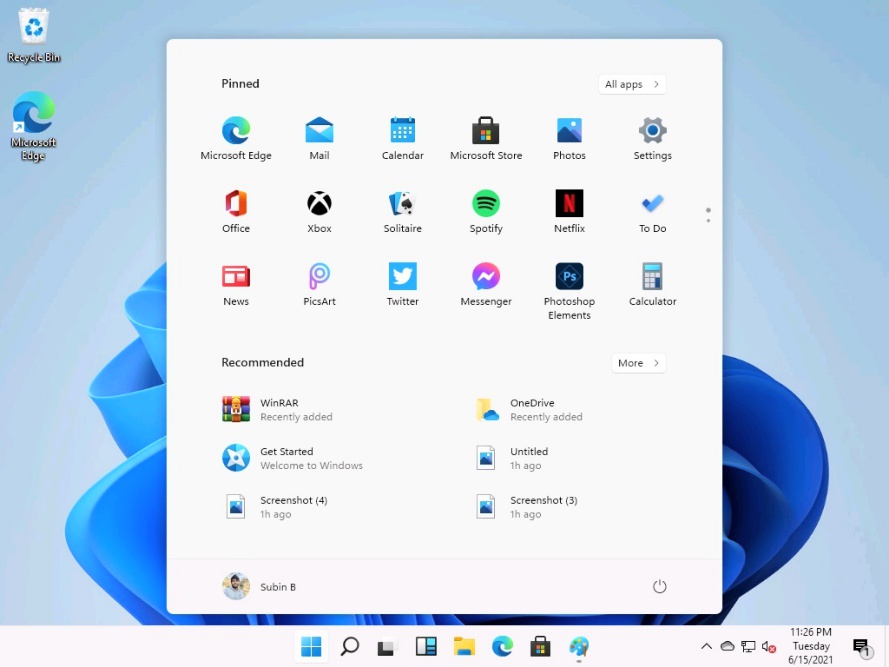 Microsoft has announced Windows 11, the next generation of Windows at its dedicated event today. Codenamed Sun Valley, we have seen a lot of potential features Microsoft is likely to introduce with the next iteration of Windows over the past few months. Now that you’ve seen all the Windows features at the event, you must be itching to try out Windows 11. Will you have to pay for Windows once again? We will discuss everything, including the Windows 11 name, release date, new features, and much more.

In a surprising turn of events, it seems like Microsoft would call the upcoming Windows 10 Sun Valley (21H2) update “Windows 11”, moving away from its previous stance of making Windows 10 the last version of the operating system. There are multiple hints that point towards Microsoft using this name for its next big update. The first hint comes from none other than Microsoft. As you can see in the event announcement tweet below, the Redmond giant chose not to add horizontal lines for shadows in the logo. The horizontal lines were present in a similar image the company posted to its Instagram in the past.

Join us June 24th at 11 am ET for the #MicrosoftEvent to see what’s next. https://t.co/kSQYIDZSyi pic.twitter.com/Emb5GPHOf0

Another strong hint comes from reputable tipster Evan Blass. Blass took to Twitter to share a tweet hinting that the new update will indeed be called Windows 11. Check out that tweet below. Going by these, it’s safe to assume that Microsoft would call the next update – Windows 11.

From the "Don't take screenshots of this build" department: a forthcoming Microsoft OS called Windows 11.

And in a solid confirmation, a recently leaked Windows build clearly shows the Windows 11 branding. From this, you can rest assured that Microsoft will announce Windows 11 next week. 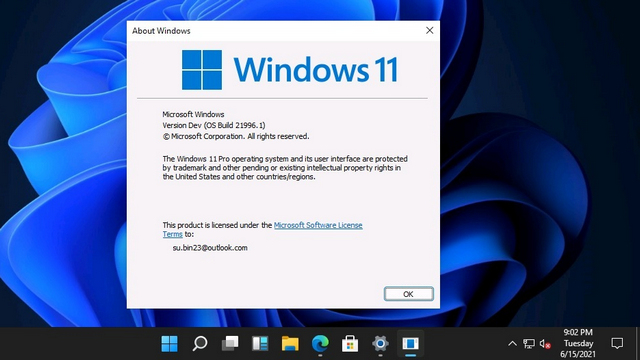 We could expect Microsoft to announce the release date of Windows 11 at its event next week. The event is scheduled for June 24 at 11:00 AM ET, which translates to 8:00 AM PT or 8:30 PM IST. Microsoft may release an Insider preview build soon after the event to give early adopters a taste of its next-gen desktop OS. We could expect a stable release sometime in October 2021.

In case you are curious about the availability of Windows 11, here’s a complete timeline for the upcoming update:

If Microsoft goes on to release Windows 11, the most important question would be – What happens to the existing Windows 10 users? Well, going by history, we could expect Microsoft to offer free upgrades for current Windows 10 users. Moreover, the folks at XDA Developers have found evidence suggesting that Windows 7, Windows 8.1, and Windows 10 users will be able to upgrade to Windows 11 for free. For the specifics of this transition, we will have to wait for the Windows event later this month.

The Redmond giant adopted the Windows-as-a-service delivery method to reach more users and make it simpler to deploy the latest updates to everyone back in 2015. It offered free upgrades to Windows 10 for Windows 7 and Windows 8 users. This has enabled Microsoft to have over 1 billion active Windows 10 users around the world.

We recently wrote an article rounding up all the features you could expect from Windows 10 Sun Valley (21H2) update, which will arrive as Windows 11. You can check out that detailed article to know all the new expected features in the update. Here, we will be highlighting the top features in Microsoft’s next major Windows update. 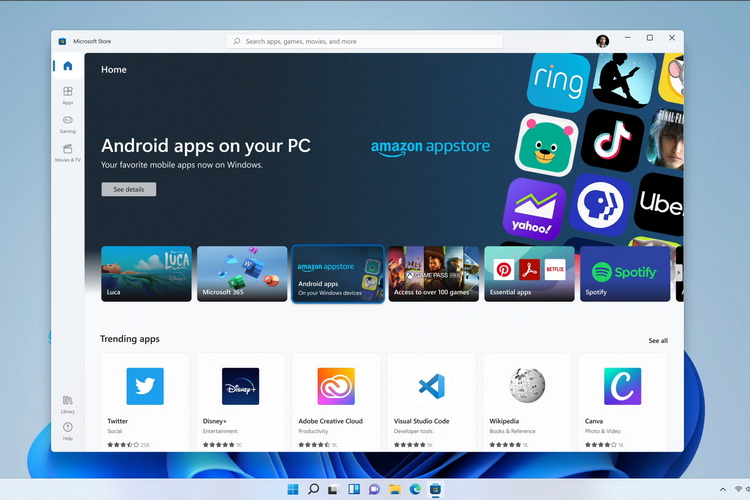 Windows 11 will support Android apps through Microsoft Store, thanks to Microsoft’s partnership with Amazon. The feature is powered by Intel Bridge technology and you can directly access Android apps from Start Menu and taskbar. This means you no longer have to rely on Android emulators for Windows to use Android apps on your Windows PC.

Microsoft is redesigning the Settings app with Windows 11. It should look somewhat much cleaner, like what you see in the image below. The screenshot here originates from an Italian tech blog (taken down now) and was reshared on Windows 10 subreddit. Take a look at it below:

As you can see, Microsoft is tweaking the Settings app to include colorful icons for key options. Notably, Microsoft has placed all the main options towards the left of the app, which in turn acts as a sidebar. This way, you can quickly jump between all the various Settings options without having to come back to the primary screen. The Settings redesign is not live in the leaked build, so you will have to wait until June 24 to get a better look at the changes.

As part of Microsoft’s visual rejuvenation of Windows, the company will add rounded corners for UI components across the operating system. Microsoft has even implemented a floating start menu, similar to the now-defunct Windows 10X. Take a look at the new Windows 11 Start Menu below:

As you can see in the images above, the taskbar is centered by default on Windows 11. However, if you prefer having the Start Menu at the left corner, you can do that too. Go to Settings -> Personalization -> Taskbar -> Taskbar alignment and choose “Left” if that’s what you are used to.

Also new with Windows 11 update is improved Widgets, Task View, and Windows Search. As of now, Windows 11’s widgets section features the news and interests widget that’s already available on Windows 10. But you now have a dedicated section for widgets, so it will be quite interesting to see if other developers build widgets for Windows in the future.

A minor yet useful change with Windows 11 worth pointing out is the new snap assist functionality. Going forward, Windows will let you choose the exact placement of the window while you are maximizing it. You simply need to hover your cursor over the maximize button to see the new snap assist window. That should greatly help improve the multitasking experience on Windows 11. 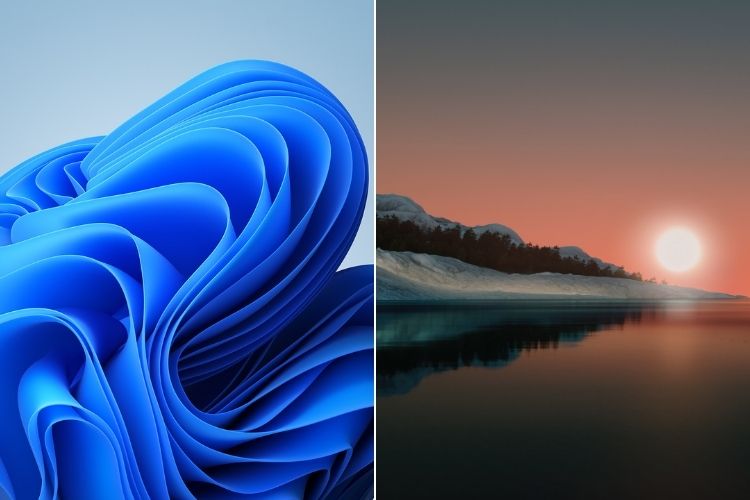 With Windows 10X, Microsoft redesigned the Action Center and improved its design and functionality. For instance, you don’t have to open the Settings page to switch Wi-Fi networks or Bluetooth devices on Windows 10X. Instead, you can expand these menus without leaving the Action Center. That is a huge usability improvement, and now that Microsoft has officially canceled Windows 10X, we could expect a similar implementation on Windows 11. Meanwhile, go through our articles on the best Windows 10X features and check out our guide to run Windows 10X on your PC to explore the OS.

Coming to notifications, they will now stack in a separate section above the quick settings panel. Moreover, there will be a “Clear All” button to dismiss all pending notifications. Microsoft may even add a dashboard in the Task View to keep track of your Microsoft account and upcoming events. The new action center was not available in the leaked #21996 build.

Microsoft refreshed the Xbox store in August last year and is preparing a refresh to the Microsoft Store. If a recent report from Windows Central is anything to go by, the new Microsoft Store will flaunt a modern interface and be more open to users and developers.

According to the report, the new Store will let developers submit unpacked Win32 apps, host apps & updates on their own content delivery network (CDN), and make it possible for developers to use third-party commerce platforms in apps. These are all exciting changes from a developer’s perspective and should hopefully make Microsoft Store the one-stop destination for all apps.

Windows 11: The Future of Windows

So, that’s all we know about Windows 11 ahead of the release. The announcement is merely a week away and we will learn all the new features at the upcoming event. At the moment, all the hints point towards a major revamp for Microsoft’s desktop OS and Windows 11 rebranding. We will have to wait and see if all the hype and anticipation results in increased adoption for Microsoft’s next major version of Windows or not. What are your expectations from Windows 11? Let us know in the comments below.

How to Find Your Windows 11 Product Key