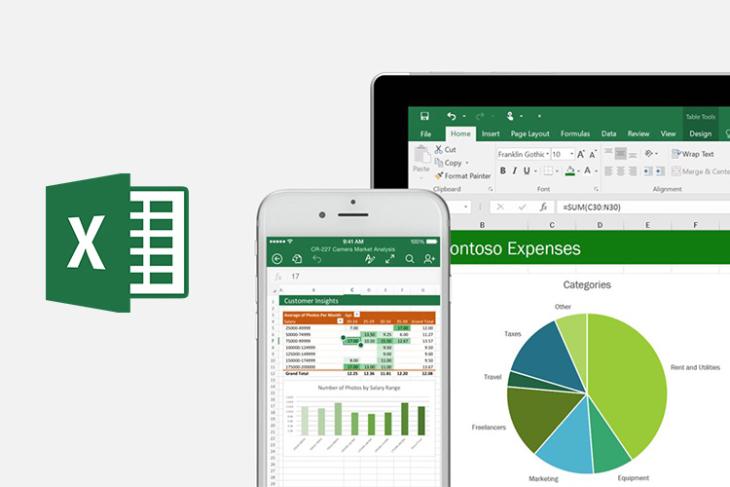 Late last year it was revealed that Microsoft was working on a number of artificial intelligence powered tools for its Excel spreadsheet software. Now, according to a recent report from TechCrunch, the company has started rolling out the first of these tools to Office 365 Insiders. The new tools, which make use of machine learning, provide contextual information for data entries.

Microsoft’s director of Office 365, Rob Howard, told TechCrunch that the Excel team decided to debut the service with these two features as Excel users already work with a lot of this data. Howard was quoted saying:

“The really powerful thing about these new data types is that they are fundamentally new building blocks that we are introducing. It’s another example of the places where we are taking AI and AI services to tools that people are already familiar with.”

The new AI-powered features can be found in the ‘Data’ tab on Excel, which now also includes a new features that transforms cells into the new data types, in case Excel isn’t able to figure out the information on its own.

The feature can only be found in the latest version of Microsoft Excel for Office 365 users who have opted into the Insiders program. The version of Excel is available as a preview in Office 365 Insiders in English. As of now, the company has not released any information about a wider release, but the feature is expected to roll out to all Office 365 subscribers some time in the near future.

Microsoft Rolls out Redesigned Versions of Word, Excel, and PowerPoint for iPhones