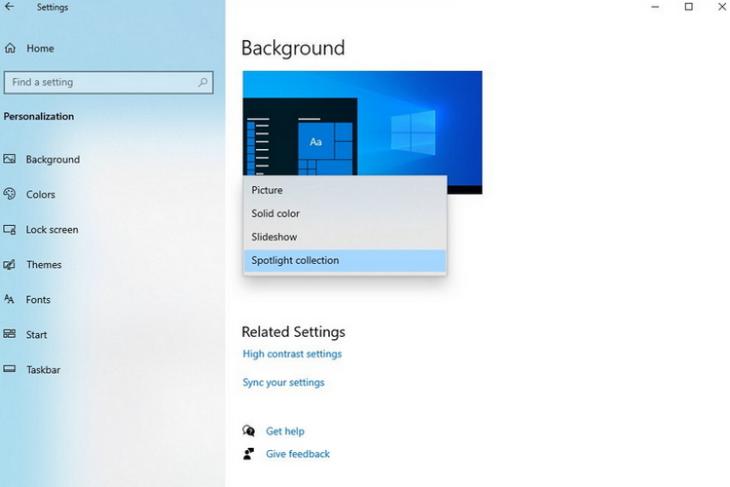 Microsoft’s Windows 10 20H2 update, also known as the October 2020 update, is right around the corner for general users. While 20H2 will be a relatively minor release with a few changes, Microsoft is testing desktop support for Windows Spotlight in the latest Insider build.

For those unaware, Windows Spotlight automatically changes the wallpaper every day. So far, Microsoft has limited the feature to the lock screen and it is finally making its way to the desktop. The change was first reported by Twitter user Albacore.

Once available, you will see an option named ‘Spotlight collection’ under Settings -> Personalization -> Background. However, you might not see it if you install the latest Insider build since the feature is still in internal testing.

You'll be able to use Spotlight wallpapers not only for your lock screen but also for your desktop background. pic.twitter.com/QwzWeRxxsu

It is noteworthy that you can already set daily Microsoft Bing photos as your desktop background on Windows 10. To do so, all you need is the Bing Wallpaper app, which you can download from Microsoft Store. However, one aspect that I didn’t really like when I used the app earlier this year is that Microsoft adds a huge Bing watermark on the wallpapers. Since Windows Spotlight typically doesn’t add watermarks, one would hope that the upcoming desktop implementation won’t have any noticeable Microsoft branding that could potentially ruin the look and feel of the desktop.

Another feature in the works is theme-aware splash screens on UWP apps. In other words, the app’s splash screen will respect the system theme (Light or Dark) of Windows 10. In the current implementation, the apps show the primary accent color in the splash screen. While this is a subtle change, it should bring more consistency throughout Windows 10 UI, especially if you’re someone who regularly uses UWP apps.