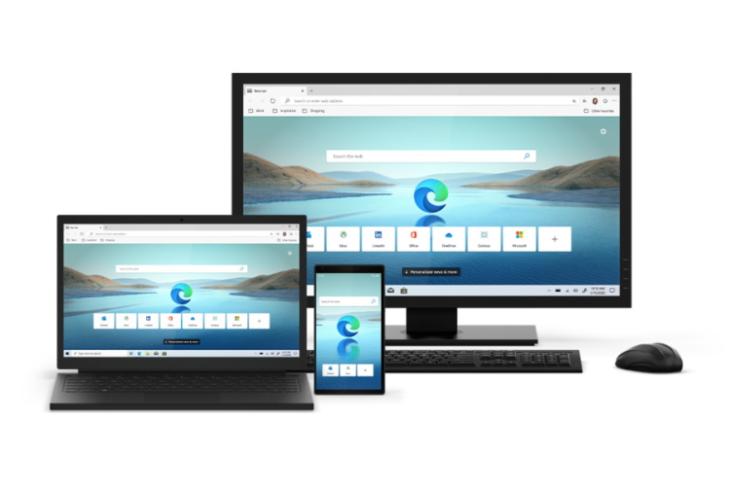 The company rolled out the first Windows 10 20H2 build, the next feature update, just yesterday. It does not bring any major changes except for the fact that Microsoft Edge, based on Chromium, comes baked into the OS by default. It will replace the existing EdgeHTML-based version.

As confirmed in the official blog post, “Windows 10, version 20H2 will offer a scoped set of features to improve performance and enhance quality. It will also be the first version of Windows 10 to include the new Microsoft Edge, based on Chromium.” The latest build is already rolling out to users in the latest Windows 10 Dev channel.

Microsoft Edge, based on Chromium, has received a myriad of feature updates over the past six-odd months. The company has added a vertical tab UI, improved the built-in PDF reader, profile switching, sidebar search (coming soon), and more. It’s a feature-rich and memory-efficient browser than would make you want to switch from Chrome. It will support all your Chrome extensions without a hitch, so there’s nothing to worry about in that department.

The revamped Edge browser is available as a standalone download at the moment. You can head to this link to download and try it out right away. It is a minor hassle – same as the one we already bear to install Chrome. This would be fixed with the Windows 10 20H2 update (possibly the November 2020 update), which is expected to roll out later this year.