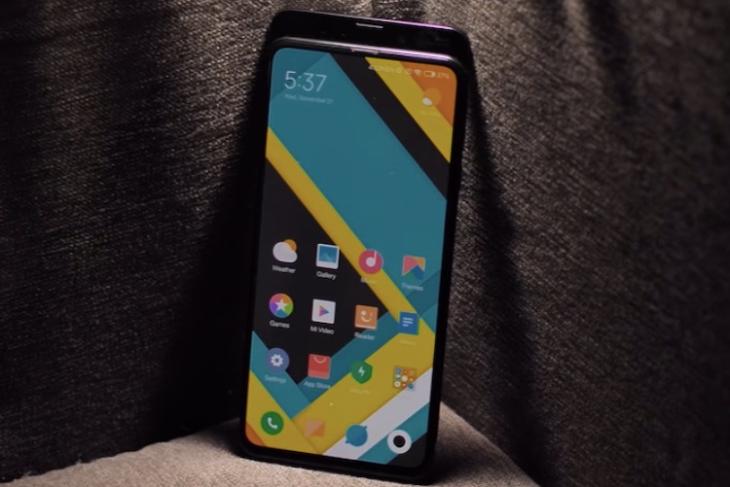 Xiaomi’s Mi Mix flagship series has been known to bring some innovative designs, and out of the world concepts, and well, the next rumored flagship, the Mi Mix 4 might be doing the same. Now, we don’t know much about the upcoming Xiaomi flagship, but according to a new development, we can expect the Mi Mix 4 to come with a fancy new 64MP primary camera sensor.

So, we all know that currently there’s only one 64MP camera sensor in the market. I am talking about the Samsung ISOCELL Bright GW1 64MP sensor, which is the sensor that Realme is said to be using in its Indian variant of the Realme X. Now, according to a now deleted comment by Xiaomi’s Product Director Wang Teng on Weibo, the Mi Mix 4 will not have the Samsung GW1 sensor, instead it will have a “better” sensor.

Now, it’s all speculation right now, but “better” here might mean a better camera sensor, not resolution wise or a better 64MP sensor, which could be pointing to the Sony 64MP sensor that we all know is in the works.

Either ways, we can expect some great cameras on the Mi Mix 4, but what I am most excited about is to see what design changes Xiaomi makes on the Mix 4. I mean, the Mi Mix 3 had an innovative slider design but as we found out, it wasn’t very practical. Well, here’s hoping the Mi Mix 4 brings something more practical yet something extraordinary. Is that a little too much expectation?