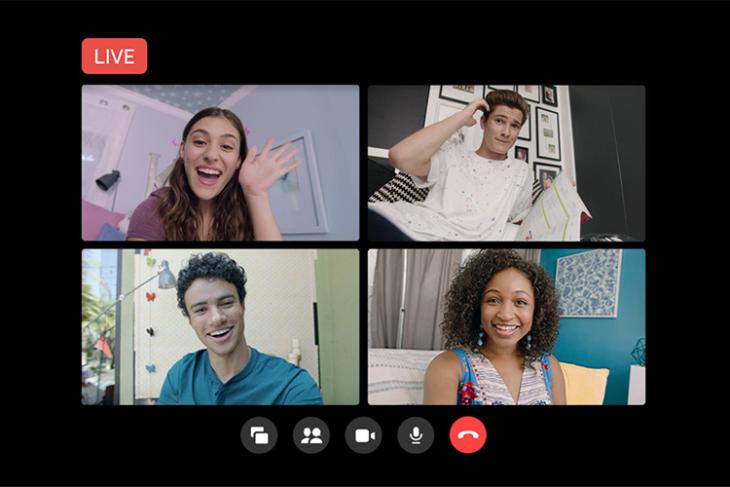 If you’re counting more and more on video calling services to catch up with your friends while being at home because of the Coronavirus, Facebook is trying to make things just a little better for you. In a new blog post, the company is announcing that it’s bringing Facebook Live integration to Messenger Rooms.

With the integration, you can start a video call with your friends in Messenger Rooms, and then go live using the Facebook Live integration. Once you go live, you can add up to 50 people into the video call to discuss things you’re interested in, or just have a random chat.

Facebook seems to think this is a great way to host a book club or a fitness class among other things. However, it does feel like it could be a very chaotic book club if 50 random people join in on a live video call.

For what it’s worth though, Facebook is giving plenty of control to the room creator. You get the ability to broadcast the live stream to a Profile, Page, or Group. You can also invite people to join the broadcast even if they don’t have a Facebook account. Moreover, the creator will have permissions to add or remove participants from the broadcast as they see fit. Plus, they can simply lock a room if they don’t want anyone barging in.

The new feature is rolling out in some countries, says Facebook. However, the company is hoping to expand it to other countries where Messenger Rooms are available in the near future. While I’m not entirely sold on the idea of trusting Facebook with my video calls, and a live broadcast to go with it, the company has been working on making improvements. It recently added privacy features to the Messenger app.

Facebook has been integrating Messenger Rooms all over the place, including integrations with WhatsApp and Instagram. However, it appears the Facebook Live integration is only available for Rooms created via Facebook or Messenger Web.