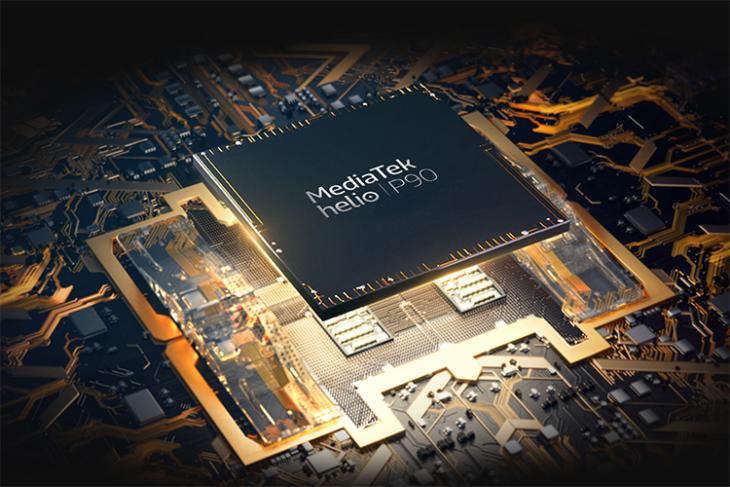 Chipmaker MediaTek announced the Helio P70 SoC which offers a 10-15% boost over the P60 chipset. And now, the company has announced a more powerful SoC – Helio P90 – with a faster CPU, better AI capabilities and support for Google Lens as well as ARCore.

The flagship Helio P90 SoC is a notable upgrade over the P70 and is optimized for better hardware, improved camera, and enhanced connectivity. Compared to the P70, the Helio P90 is better suited for a lower power consumption.

To start off, the Helio P90 features two A75 cores clocked at 2.2GHz and six A55 cores at 2.0GHz and this shift from 4+4 configuration to 2+6 is apparently inspired by Snapdragon 670 and 710 aimed at more power-efficient computing. This might result in slightly lower multi-core performance but the more powerful GPU should prevent that from impacting the general gaming performance. 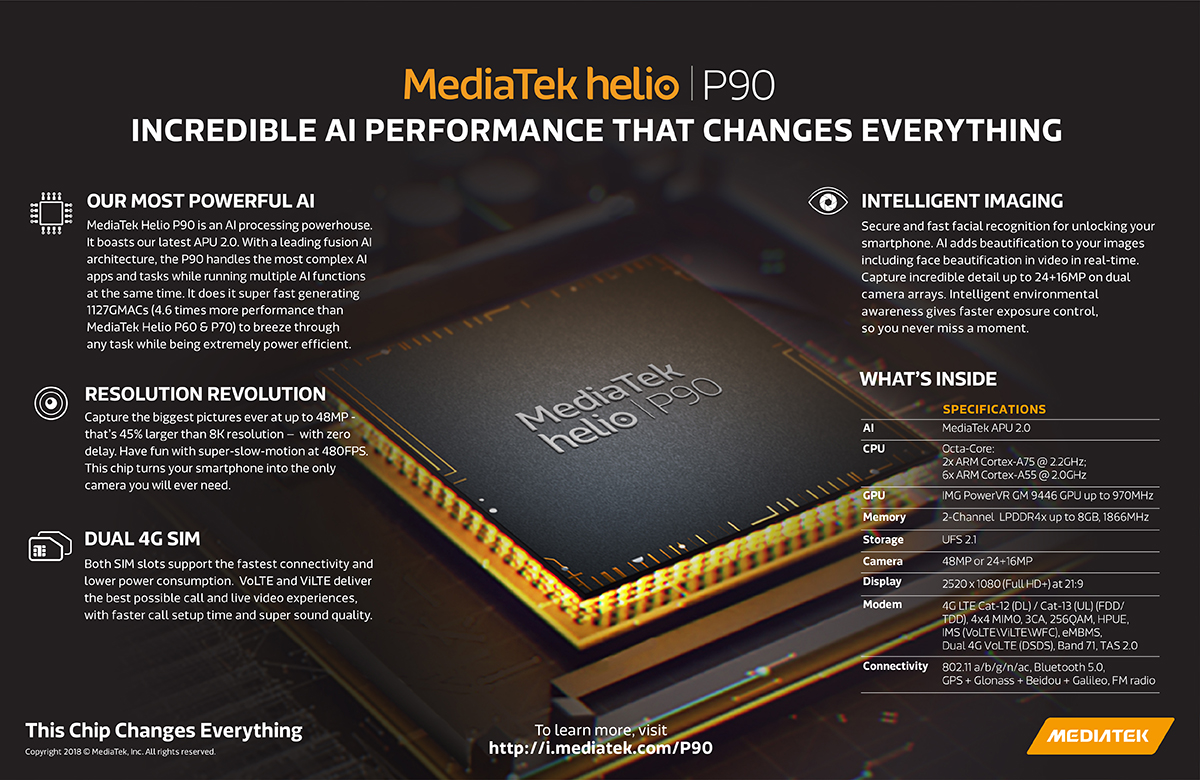 Instead of an ARM Mali GPU as we saw on the earlier MediaTek SoCs, Helio P90 comes with PowerVR GM 9446 clocked at 970MHz. This provides improved performance over the earlier chipsets.

On the connectivity front, Helio P90 now supports Cat 12 4G LTE and this doubles the peak download speed to 600Mbps. Moreover, the chipset also supports Dual 4G connectivity, so we can expect the feature coming to mid-range devices soon. Additionally, the Bluetooth version has been upgraded to 5.0.

In terms of the camera performance, the SoC now supports up to 48-megapixel on a single camera or 24MP+16MP for a dual camera setup. Since the Helio P90 is most likely to be limited to mid-range devices, there is no support for triple cameras yet. Further, the improved image signal processing will provide for better edge detection in portrait shots.

MediaTek has reportedly already begun the producing the Helio P90 chips on a 12nm process and we can expect the first batch of smartphones powered by the SoC by the first quarter of 2019.