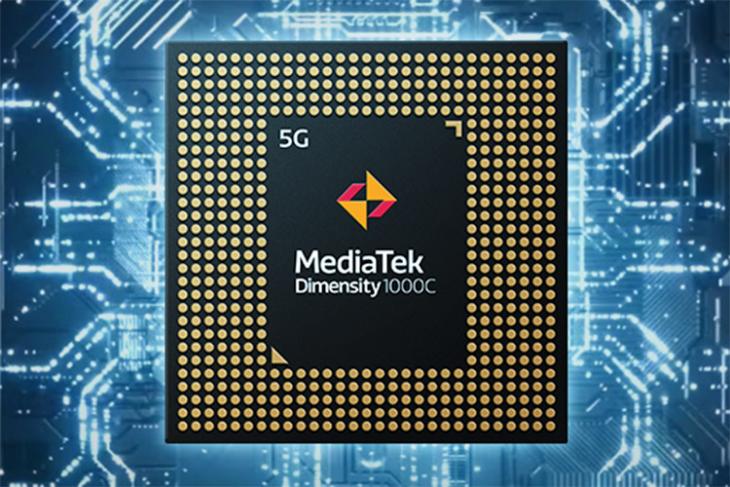 MediaTek has unveiled its latest 5G smartphone chipset in the United States. The MediaTek Dimensity 1000C joins the rank of Dimensity chipsets that support 5G networks. However, it also happens to be the chipset that will be inside the first MediaTek powered 5G phone in the US. The new processor will be on-board the new LG Velvet on T-Mobile’s network in the country.

“From the world’s first standalone 5G data call to collaborating on their first 5G chipset in America, T-Mobile and MediaTek have partnered to move 5G innovation forward,” said Ryan Sullivan, VP of Product Development at T-Mobile.

In terms of optics, the Dimensity 1000C can handle cameras upto 64MP in resolution, or a dual 32MP+16MP camera set up. The ISP also supports capturing 4K videos, along with features like video bokeh, EIS, and more. The chipset supports 5G SA/NSA networks, and also has support for WiFi 5 (no WiFi 6 support here, sadly) and Bluetooth 5.1.

Moreover, the new chipset supports AV1 HDR for Netflix, and AV1 codecs for YouTube. MediaTek is also working with Twitch to bring AV1 streaming to mobile. Other than that, the chipset also supports dual voice wake-up, and dual displays. In fact, the Dimensity 1000C is the first MediaTek chipset capable of supporting dual displays on a smartphone.

“Compared to other parts of the world, consumers in the U.S. haven’t had much choice on the chipset side when it comes to 5G smartphones,” said Dr. Yenchi Lee, Deputy General Manager of MediaTek’s Wireless Communications Business Unit. “MediaTek is focused on giving consumers more options and expanding access to 5G devices so that everyone can enjoy the premium features and speeds that are defining the next era of mobile computing.”