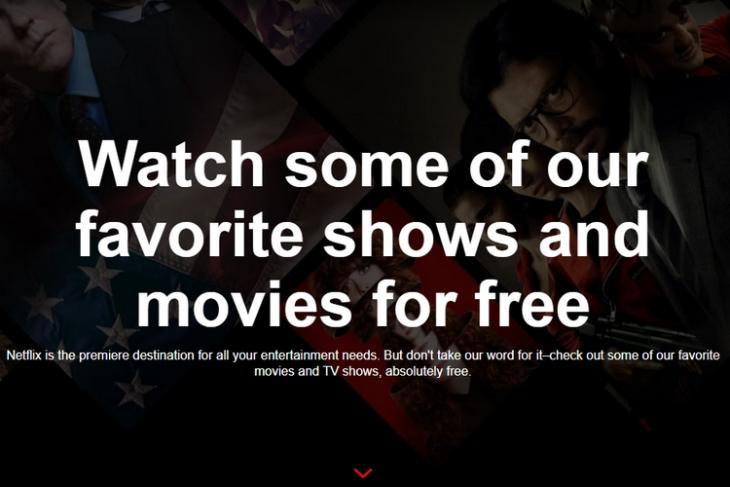 In a bid to attract new subscribers, Netflix is offering select TV series and movies for free. There is a catch, though. While you can watch movies from the available catalog, the streaming giant has limited the TV shows to the first episode of the first season.

Netflix has added three movies and seven TV shows (first episode) for this promotion. The list of available movies and TV shows part of this marketing program include Stranger Things, Murder Mystery, Elite, The Boss Baby: Back in Business, Bird Box, When They See Us, Love Is Blind, The Two Popes, Our Planet, and Grace and Frankie.

If you’re interested, you can watch these titles from Netflix’s Watch Free page. The company mentions that the selection may change from time to time. Hence, we may eventually see new popular titles replacing the current ones in the future.

Netflix will show a 30-second skippable ad when you play one of the current free titles. You can watch these movies and TV shows from a PC or Android device. The company points out that iOS browsers are not supported.

Netflix has tested this strategy in the past. Last September, Netflix offered the first episode of a TV show named ‘Bard of Blood’ with no extra charges in India. The company is now expanding this approach on a global scale. It also recently released a host of documentaries on YouTube for free.