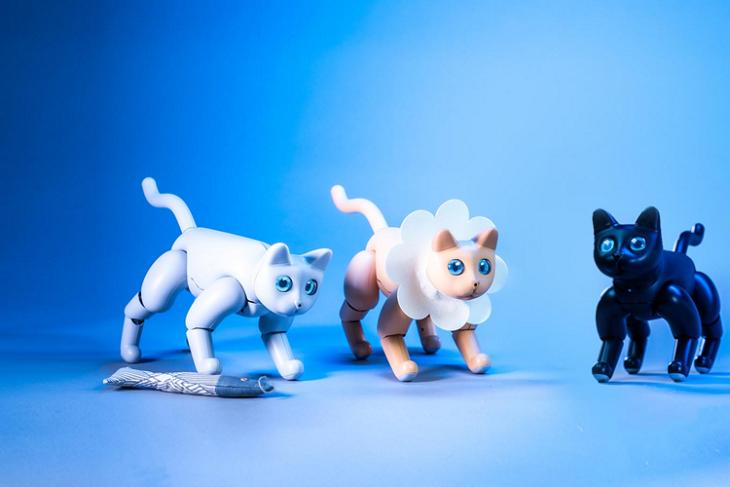 The company claims that MarsCat is the world’s first bionic pet cat. It is capable of feeling your touch, hearing your voice, seeing your face, and even playing with toys but most importantly, it can make different meow sounds and accept chin rubs. The personality of MarsCat will change according to the way you pet it, which is awesome.

MarsCat runs on a quad-core Raspberry Pi 3. The protocol and library used in MarsCat are open-source. The company provides MarsCat SDK so that you can program MarsCat the way you want.

As far as the specifications are concerned, MarsCat has a 5MP camera with a 72-degree field of view. There is a TOF sensor, a gyro sensor, and six capacitive touch sensors in MarsCat. For connectivity, it uses WI-Fi and Bluetooth. It draws juice from a 6800 mAh battery that charges through a USB-C port in 3 hours. You can expect 2 hours of battery life in active usage and up to five hours in regular usage. MarsCat comes in white, gray, ginger, and black color variants.

Coming to the pricing, MarsCat starts at $649 through the Super Early Access program and goes up to $749. If you order a MarsCat right now, you can expect it to be delivered by July 2020. As The Verge reports, the company will sell the robot cat at $1,299 when they launch it next year.