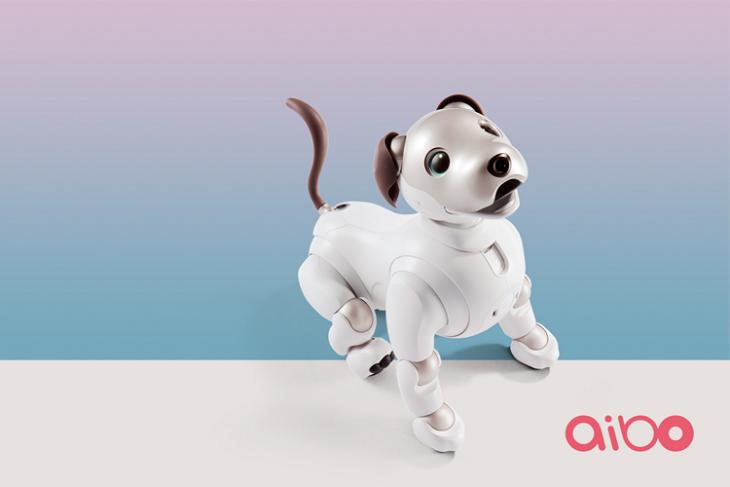 Remember Sony’s cute little robot dog Aibo? A recent update to Aibo has unlocked a handful of features that expands the usability of Aibo and would let the doggo be more helpful than ever before.

With the latest version 2.5 update, Sony has opened the Aibo Developer program that lets developers add more functionalities to the dog. If you know your way around programming and handling APIs, you can try out the usual method. On the other hand, if you are new to the programming world, Sony offers Visual Programming to teach Aibo new stuff without dealing with a lot of code.

It is worth noting that these APIs won’t provide access to alter the emotions, character, or mood of Aibo, thereby preventing misuse or abuse of the platform. I don’t want to see an evil robot dog in my neighborhood and probably, you would not too.

Coming to the feature that is new with the update, Aibo Food. Aibo Food lets owners feed virtual food to Aibo. The virtual food can be bought with bonus coins that you will be given when you sign in to the My Aibo app. If you don’t mind shelling out a few bucks, you can buy coins to keep your robot dog virtually fed (a very bad idea though). What’s more, you can potty train Aibo and train it to be quiet.

Check out the new teaser video published by Aibo to get a sneak peek of actions that could be done by the new APIs. In the video, Aibo can be seen monitoring a microwave, turning on a robot vacuum, reminding a girl to close the refrigerator and much more.

So, what new feature comes to your mind to enhance the capabilities of Aibo? Tell us in the comment section below.