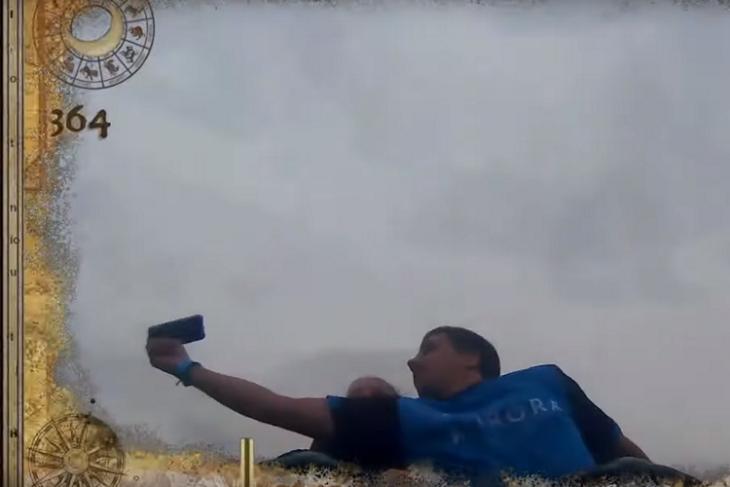 You must have heard a lot of stories of people claiming to do things that are too good to be true. A similar incident happened earlier this week but luckily, there is a video of it. A New Zealand man has gone internationally viral for his “spidey sense”-like quick reflexes.

Samuel Kempf was enjoying a roller coaster ride in Spain. All of a sudden, he saw a smartphone (iPhone) coming through and magically managed to get a hold on it while the roller coaster was moving at a speed of over 130 km/hr.

His joy knew no bounds that he kept laughing throughout the video for this super cool achievement which people would have never believed without proof. As it turns out, Mr. Kempf is a professional fistballer who came to the country for participating in the Fistballing World Championships.

“The guy two rows ahead of me, as the ride started doing its ascent before it drops, he had his phone out and he dropped it and it just landed at the bottom of his cart. The ride started and I totally forgot about it… and then after the first drop we rose up and I just saw the phone drift across my view so I reached out and managed to catch it,” Mr. Kempf told Stuff New Zealand.

I can’t help but imagine the reaction of the owner after getting his phone back in the most unexpected way possible. Unfortunately, the part where he gives the phone back is not covered in the video. “He couldn’t believe it, he gave me a big hug,” said Mr Kempf.

The video has been a massive hit across the internet and has managed to get about 6 million views at the time of writing this article. Take a look at the viral video below and share your thoughts on it with us in the comments section below.