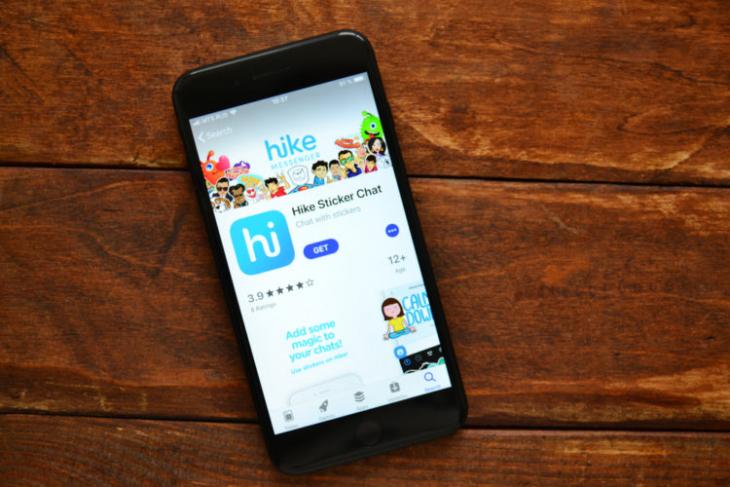 If you were planning to make a switch from WhatsApp to a Made in India messaging app, well then, I have sad news for you. Hike Messenger, now known as Hike Sticker Chat, will be shutting down in January. Hike’s founder and CEO Kavin Bharti Mittal confirmed this development on Twitter over the weekend.

Mittal took to Twitter to update the netizens about the company’s future plans. And it’s really sad to learn but the Hike Sticker Chat app will be going away on January 14. The company is already informing users of the shutdown and your data will be available for download in the app.

The Hike Messenger was launched back in 2012 to rival WhatsApp’s growing presence in India. It grew into one of the most popular chat apps among millennials. It offered trendy and quirky sticker packs catered to local users. The messaging app was updated to Hike Sticker Chat back in early 2019 while also enabling users to create their own HikeMoji (similar to Bitmoji and Animoji). The app has millions of users, spending nearly 35 minutes a day with friends, reveals Mittal in a tweet. But, the messaging app hasn’t been as successful as they would’ve hoped in the past two years.

India won’t have its own messenger.

Both are very good. As entities they have the right incentives (more aligned with consumers) unlike FB products.

“India won’t have its own messenger. Global network effects are too strong,” added Mittal in a follow-up tweet. Hike Sticker Chat was one of the popular Made-in-India messaging apps but it is now going away. The company is diverting attention towards two other platforms – One, a community-based social platform, Vibe by Hike, and an online gaming app dubbed Rush by Hike.

Hike is giving up on its dream of creating one super app. Instead, it is using the hype around HikeMoji to build two platforms around it. HikeLand, the virtual hangout space has been renamed Vibe by Hike. It will be an approval-only community to maintain the quality of conversation. The company has received more than 100,000 applications and over 300,000 conversations are already happening on HikeLand. So yeah, Mittal appears to see a lot more potential in a community space, where you are recognized by your HikeMoji avatar.

The second platform, Rush by Hike, is a bite-sized gaming app that enables users to jump in and play casual games such as Carrom and Ludo with friends online. This app “aims to channel the competitive spirit of India where players can use their skills to Play, Compete & Win!” The company has launched the app initially on iOS, with only the Carrom game in tow. The Android app is coming very soon.

The decision to shutter Hike Sticker Chat, aka Hike Messenger, comes at a time when WhatsApp is facing backlash for revising its privacy policies. The messaging giant now plans to start sharing user data with its parent Facebook to “improve how businesses operate” on its platform. You can see what data WhatsApp can access in our in-depth video right here:

And if you are looking for Hike Sticker Chat alternatives and want to switch away from WhatsApp as well, then you can check out our handy guide right here. We have even shared how WhatsApp stacks up to Telegram and Signal. So, which messaging app will you be making the switch to? Are you going to stick to WhatsApp or Vibe by Hike? Let us know in the comments below.