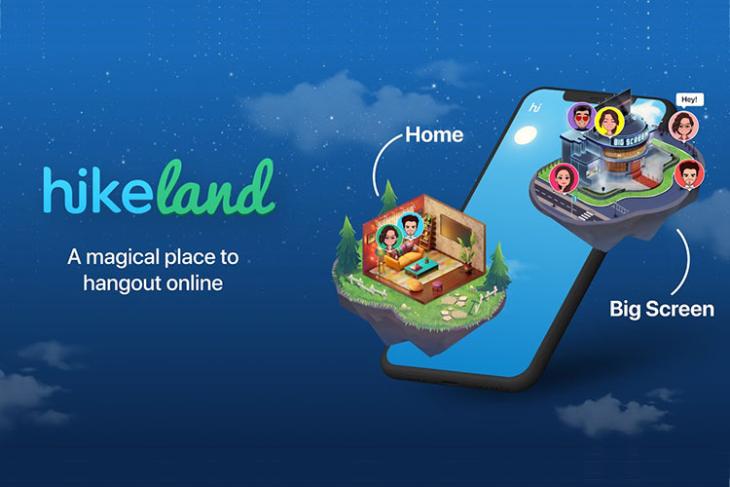 The company behind the home-grown messaging app, Hike, has announced a new in-app platform called ‘HikeLand’. Available as an early preview, it is a virtual world where users can interact with their friends. They can also watch videos together in HikeLand, and even make new friends, the company said on Wednesday.

To start off, Hike is offering two virtual environments – ‘Home’ and ‘Big Screen’. While the former allows users to watch videos with existing friends, the latter lets them watch movies with unknown users and make friends with them. Videos are sourced only from YouTube for now, but the company says that other OTT apps will be supported soon. The features have just started rolling out to a select set of users.

Talking to Hindustan Times, Hike founder & CEO, Kavin Bharti Mittal, said that HikeLand is aimed at mobile-first and mobile-only audiences. “This is the early preview with two unique shared experiences. The goal here is to listen to our users and understand what works and what more do they need. We will be building many more experiences on top of the version you see today”, he said.

Mittal also announced plans to monetize Hike in the coming months. While the app doesn’t have any subscription plans right now, the company will apparently soon introduce a premium tier. It will be offered simultaneously with the free service, he said. “You will see us making inroads into that (monetization) in a couple of months, just as a way to see what is possible on the platform. We are experimenting with ways to make revenue”, he told YourStory.

Hike Now Has An Essential Feature Which is Missing on WhatsApp