The MacBook Pro is a great laptop, but even the best laptops need accessories to help them meet their potential. To fully take advantage of all of the power that the MacBook has to offer, you’ll need things like peripherals, extra storage, and better speakers. But don’t worry—we have you covered with 15 accessories that will give your MacBook Pro a boost. 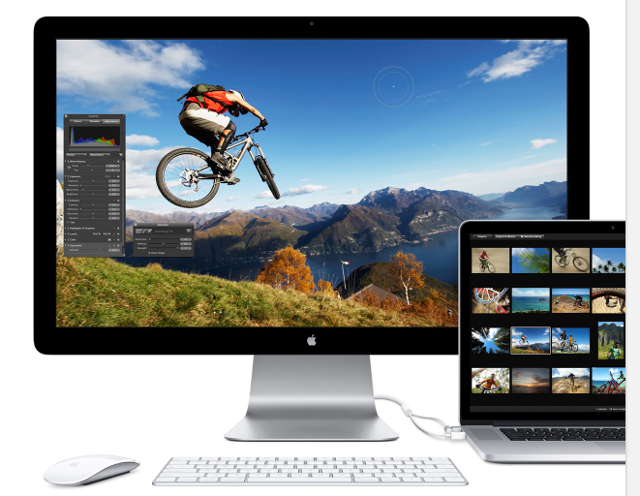 The MacBook Pro has always had a great monitor—and even more so since the inclusion of Retina technology—but a laptop is never going to give you as much useful screen real estate as a desktop monitor. And if you’re going to be using your MacBook from your desk on a regular basis, you’re going to want a nice monitor.

Apple’s 27″ Thunderbolt Display is an ultra-clear, slim screen that’s absolutely gorgeous, and its 2560 x 1440 resolution will give you plenty of space to work. It can also serve as a docking station, as it packs a number of ports that you can use from your laptop. Of course, you’ll pay the price of a mid-range computer for it. If you’re looking for a more affordable alternative, consider the 28″ Samsung Ultra HD monitor ($519) or the 27″ ASUS WQHD HDMI monitor ($400). 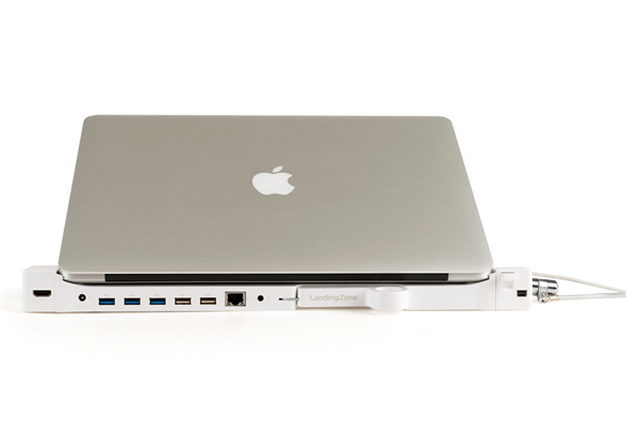 If you’re going to be using things like wired keyboards, portable hard drives, and desktop monitors, a docking station is a must. You won’t have to connect all of these cables to your computer every time you get back to your desk; leave them plugged into the dock, snap your MacBook in, and you’re fully connected.

The MacBook Pro dock from Landing Zone lets you plug in two monitors, gigabit ethernet, HDMI cables, mini DisplayPort cables, and up to five USB devices to the dock. It also leaves your audio jack, SD card slot, Thunderbolt port, and another USB port open, so you can connect even more devices to your computer. 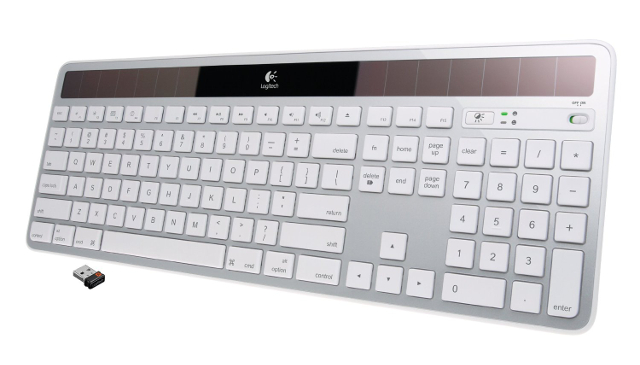 Laptop keyboards just aren’t that great—even on a MacBook Pro. Fortunately, there are plenty of easy-to-use keyboards out there that will make typing on your laptop much faster and more comfortable. Logitech’s solar keyboard contains a full-layout keyboard (including a very useful number pad), and is charged by either sunlight or artificial light, so you never have to change the batteries.

It’s very sleek at only 1/3-inch thick, and the Mac keyboard layout means all of the keys are right where you expect them, making it easy to transition between your laptop keyboard and the Logitech. It also works with the Logitech unifying receiver, so if you use other Logitech peripherals, you’ll only need to use one of the USB ports on your laptop. 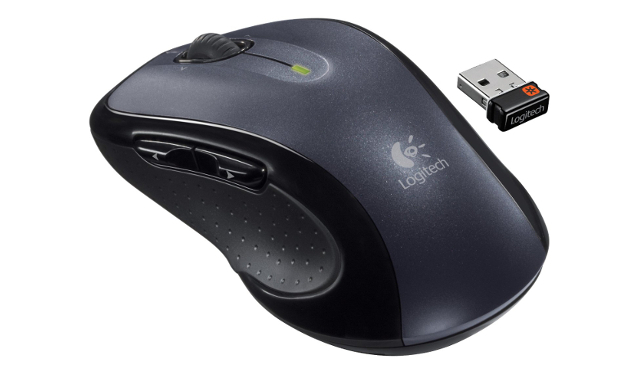 Laptop trackpads have come a long way, but they’re still inaccurate and uncomfortable compared to mice. Logitech has a reputation for great wireless mice, and the M510 is a middle-of-the-road option that provides comfort and performance at a very reasonable price. It’s $62 less than the Apple Magic Mouse, and—in my experience—is better in every way.

Its plug-and-leave receiver and two-year battery life mean that after you buy it, you won’t have to think about this mouse for a long time. And if you’re using a Logitech keyboard, you can use the unifying receiver to only take up one of your USB ports, freeing the other up for a hard drive, other storage, or any other USB-cabled peripheral. 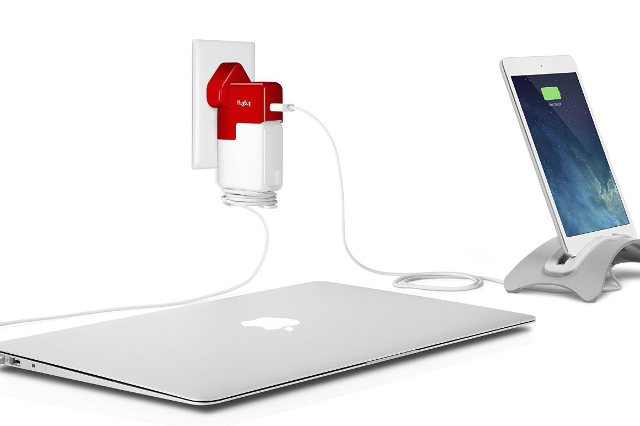 You could buy Apple’s adapter kit for $40, or you could get this set of adapters from Twelve South that not only includes five adapter heads so you can charge your computer anywhere in the world, but also adds a USB port to the standard MacBook charger so you can also charge your iPhone or iPad at the same time using only a single outlet.

The ingenious design makes it easy to charge multiple Apple products without carrying around several USB-to-wall-outlet adapters, which is especially great if you’ll be working from coffee shops or airports, where outlets can be scarce. And with 10 watts of power, it’ll charge your iPhone or iPad up to four times faster than just plugging it into your MacBook Pro. 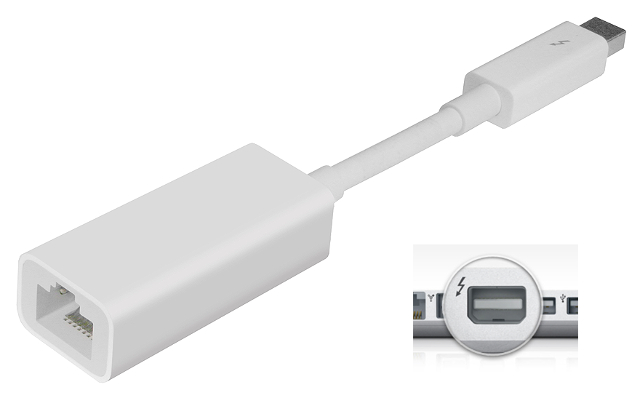 Sure, you can get wifi anywhere, but an ethernet connection will always be faster and more stable. Apple’s decision not to include an ethernet port on recent editions of the MacBook, though irritating, is easily dealt with by using this adapter, which lets you plug your ethernet cord into your Thunderbolt port.

It seems ridiculous to pay $30 just for the privilege of connecting your computer to the internet, but it could save you a major headache when you need a solid connection. It’s also compatible with up to gigabit ethernet, so you can be sure that you’ll get top speed out of your connection. 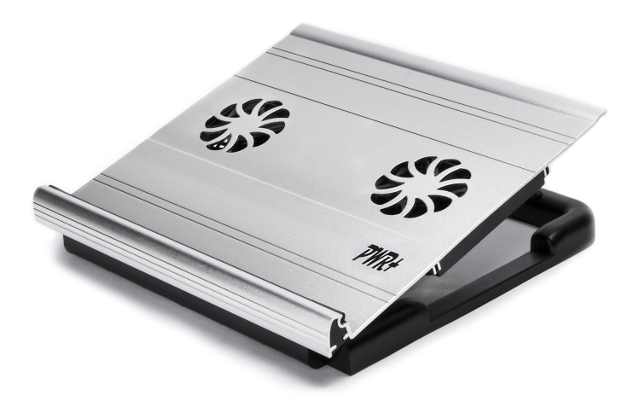 Laptops can generate a lot of heat, especially if you use powerful apps like Photoshop, Final Cut Pro, or CAD software. Getting enough air around the hottest parts of your laptop will help it run better and keep it from burning out—and that’s exactly what the PwrPad does. With two silent 70mm fans and an aluminium heat sink, this pad will take any heat you can dish out at it.

The pad is powered by a USB cord, so you can use it away from a wall outlet, and its adjustable height means you can get ample room under the fans even if you’re using it in your lap or on top of blankets. And when you need to get on your way, just fold it flat and tuck it in your bag. 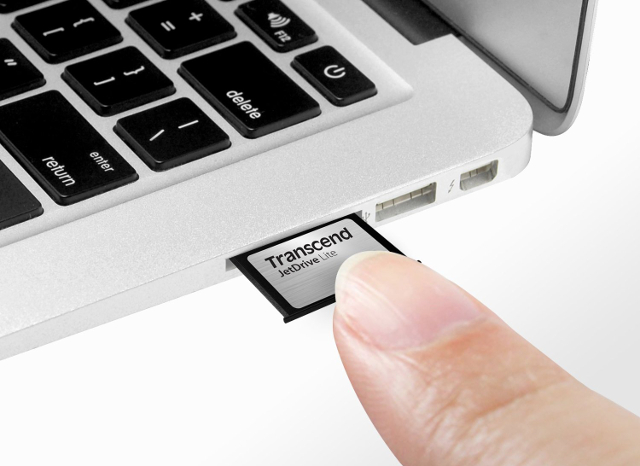 You can get up to 512GB of solid-state drive space on a new MacBook Pro, but what if you need more than that? A JetDrive provides an extra 256GB of space and doesn’t require that you carry around an external hard drive wherever you go. This tiny SD card sits almost perfectly flush with the case of your MacBook, won’t catch on anything when you’re moving your computer around, and is totally waterproof.

If you don’t want to spend this much on an SSD expansion, consider the Nifty MiniDrive ($40). It comes with a 4GB microSD card, but you can add your own to increase the size. it sits flush against the side of the MacBook, which is nice, but you’ll need to use Nifty’s provided hook to get it out. 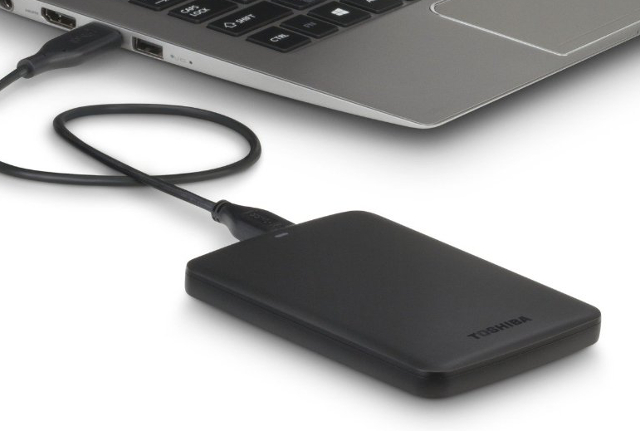 Sometimes an extra 128 or 256GB just won’t cut it. If you have a huge music, movie, or photo collection, you’re going to need a lot more storage. Toshiba’s Canvio series has you covered with reasonably priced external hard drives. Getting a full terabyte should last you a long time, and at less than $60, it’s one of the best values out there.

This isn’t the most rugged of hard drives, but unless you’re going to be doing a lot of traveling, Toshiba’s plastic case should serve you well. Looking for more shock and drop resistance than the Canvio provides? Check out the Silicon Power Rugged Armor A30 ($53). If you’re wondering why you’d pay $5 more for a non-shock-proof hard drive, consider that Toshiba drives have a reputation for long life, where as Silicon Power doesn’t. 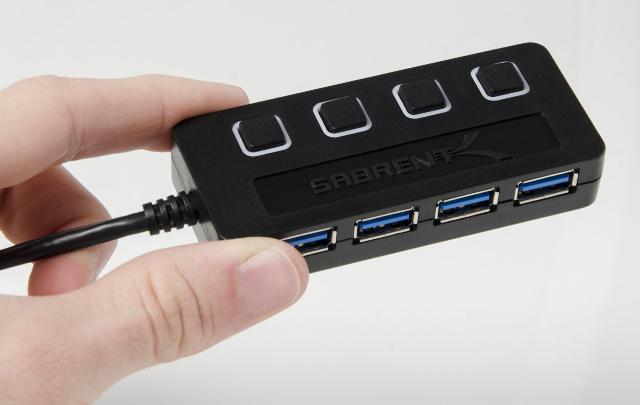 It’s becoming clear that you’re going to have a lot of USB devices. The MacBook’s two USB ports fill up very quickly, so you’re going to need another solution, and Sabrent’s 4-port USB 3.0 hub will let you plug in four devices. Not only that, but each port has a power switch so you can control which devices have access to your computer without plugging them in.

Because this port is USB-powered, it won’t charge anything that needs a lot of power, like an iPad. It also requires that connected external hard drives are self-powered. If you want a hub that can charge your devices while they’re connected, try the Amazon Basics 4-port powered USB hub ($18). 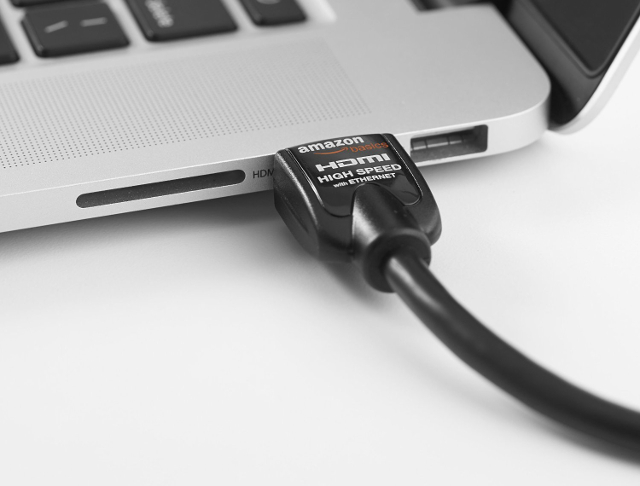 While the Apple external monitor plugs into the Thunderbolt port, if you want to use anything else, you’ll likely need an HDMI cable. This cable can also be used to hook your computer up to your TV so you can stream movies or watch TV on a bigger screen.

The Amazon Basics HDMI cable is about as cheap as you’ll find a cable anywhere. While it doesn’t have the reputation of a big company like Monster or Belkin backing it, it will do the job without breaking the bank. 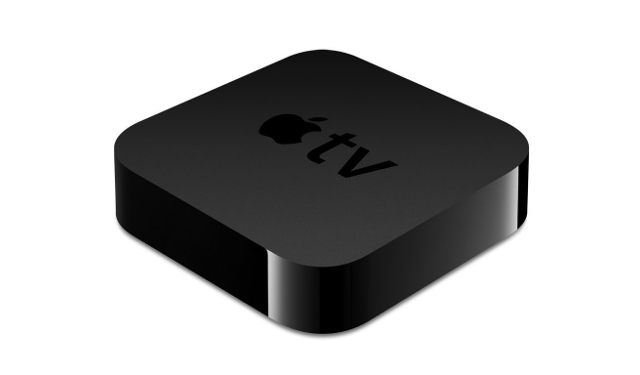 An even better way to connect your MacBook Pro to your TV is with an Apple TV box, which will let you stream directly from your screen to your television. You can also watch movies from your iTunes account, stream from Netflix and other services, and buy movies to watch directly from your TV.

There are a lot of competitors out there for the Apple TV, including Chromecast and Roku, but the Apple TV works seamlessly with Apple computers, making this a good bet for MacBook Pro users. The upcoming version of Apple TV, which will cost $150, will introduce many new features, like games and 4K Ultra HD support. 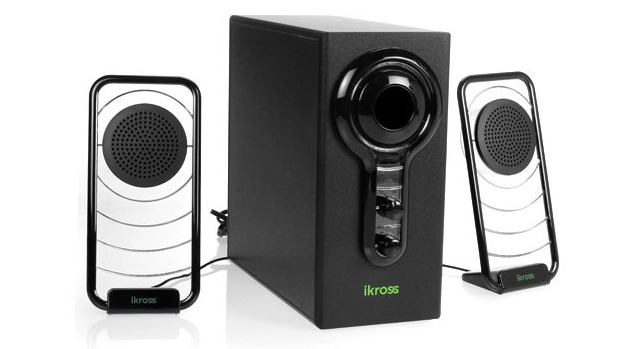 If there’s any part of the MacBook that falls short, it’s the speakers. Apple’s laptops have always been lacking for sound quality, so if you’re going to be listening to music, watching movies, or playing games, a set of speakers is a must. This set from iKross is one of the more affordable sets out there, but it still gets consistently good reviews for sound quality, and the inclusion of a sub-woofer is a bonus.

Of course, you get what you pay for, so if you’re looking to step up a bit higher in richness of sound, check out the Harman Kardon Soundsticks ($175), which have long been a great choice for Mac owners. They’re also available in a Bluetooth version ($220) to free up more port space.

Deck Out Your MacBook Pro

The MacBook Pro is a fantastic laptop when it comes to portability and power for doing light and moderately resource intensive tasks, but it falls short in a few areas. Using the accessories above, you can improve the sound, get more storage space, and interact with your MacBook more effectively. If you haven’t experienced the full power of decked out MacBook, you’re missing out.

What are your favorite MacBook Pro accessories? Which couldn’t you live without? Share your thoughts below!