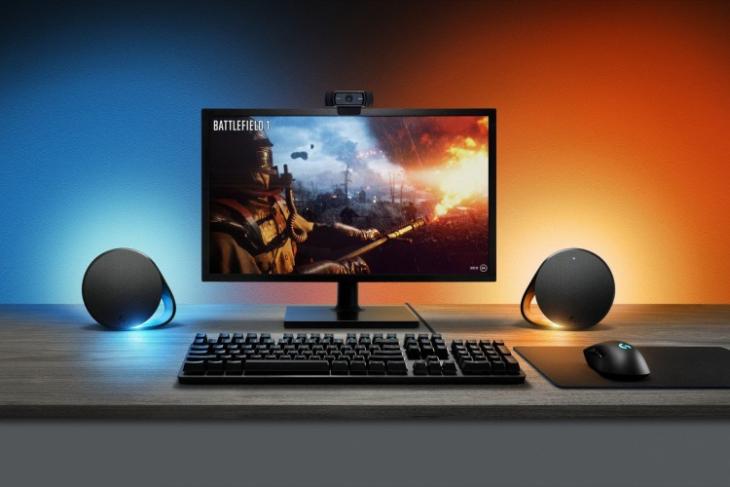 Logitech is one of the most renowned brands in the PC accessories market, and one of its strong suits is gaming peripherals. The company has launched a plethora of accessories for gamers, but it is now looking to add to the mix with new audio and keyboard products1.  Logitech has today launched a brand new LED-equipped speaker set for gaming PCs and mechanical keyboard as part of its widely popular G lineup. Let us check out both of these devices:

The Logitech G560, believe it or not, is the company’s first dedicated gaming speaker system. It features 2 primary speakers and a subwoofer, which can deliver a peak power close to 240 watts and surround sound using the DTS:X Ultra technology.

However, the highlight of the speaker system is not the robust internals and sound quality, which are top-notch, but the LED lights that’ve been integrated into them. The company is using its LIGHTSYNC technology to enable users to control the speaker’s 4 lighting zones and wash their desk in 16.8 million vibrant custom colors of their liking.

Alongside the speaker system, Logitech has also released an updated variant of the G413 gaming keyboard. The latest iteration, called the G513, is still a mechanical keyboard but with new switches, which respond 25 percent faster than its competitors. Speaking of the same in the blog post, the company said:

With the Logitech G513, you can choose Romer-G Tactile or Romer-G Linear switches for competition-grade performance, faster and quieter performance.

The highlight of this new keyboard is that Logitech has now switched out the single LED backlight and replaced it with RGB lighting, coupled with LIGHTSYNC. This means it is now also possible to customize it per-key, and add custom animations and in-game effects.

As per the official blog post, both the gaming speaker system and mechanical keyboard will be available for purchase in April.