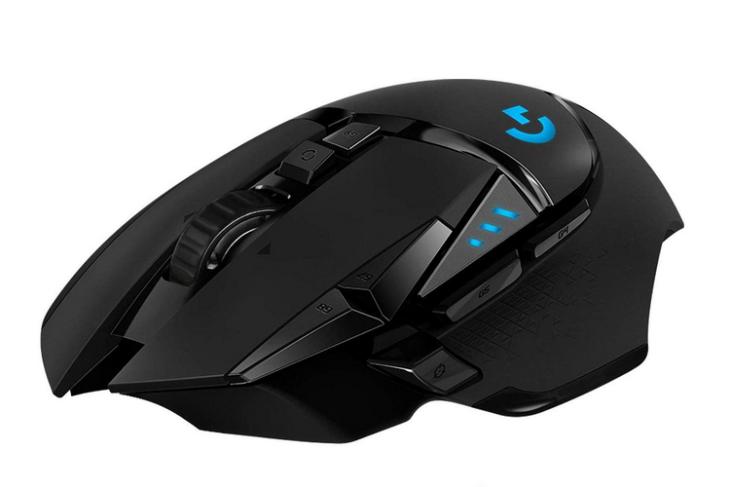 Leading PC accessories brand, Logitech, has launched the G502 Lightspeed Wireless Gaming Mouse in India. It is the wireless version of the iconic wired G502 and, comes with the same G502 Hero sensor as the original. However, it is slightly lighter than the existing model. The mouse comes with a 48-hour battery life with the RGB turned-off.

In a press release, Logitech claimed that the new device has been re-engineered from the ground up. It incorporates several innovations from the Logitech G PRO Wireless Gaming Mouse, including the thin-wall design and endoskeleton chassis. The G502 Lightspeed comes with Logitech’s High Efficiency Rated Optical (HERO) 16K sensor. It offers a sensitivity of 16,000 DPI and 400+ IPS tracking with no acceleration, filtering or smoothing.

The mouse also comes with 11 programmable buttons that can be customized through Logitech G HUB Software. It also has the dual-mode hyper scroll feature for easy scrolling on long web pages. The primary buttons feature metal-spring tensioning that the company claims offer fast and crisp actuation. It also allows users to customize keybinds and macros for each game and app.

Finally, there’s the Lightsync RGB technology that enables gamers to fully customize RGB lighting from nearly 16.8 million colors. They can also synchronize lighting with gameplay to create their own RGB animations. The G502 Lightspeed also comes with Eco-friendly credentials, as it is PVC free and has Plastic Neutral Certification. The Logitech G502 Lightspeed wireless mouse has an MRP of Rs. 14,999, but is currently available for purchase on Amazon for Rs. 13,495.