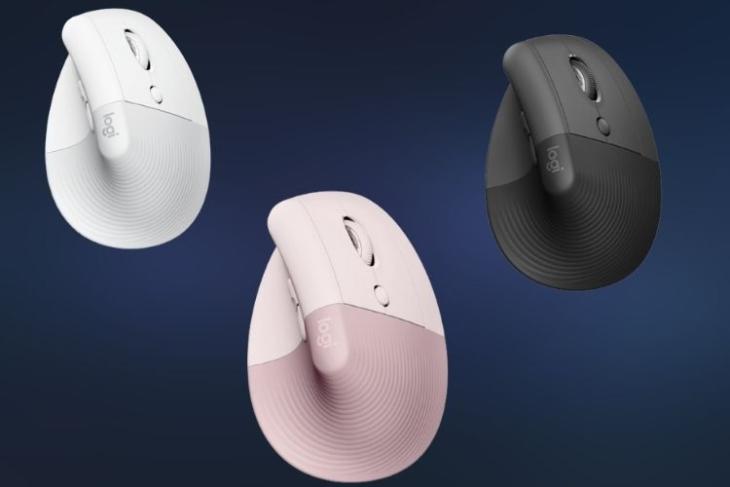 Vertical mice have existed in the market for those who look for a more comfortable in-hand experience while working on their computers for long hours. Logitech had previously launched its MX Vertical Wireless Mouse, which we consider one of the best wireless mice for iPad. However, with the MX Vertical, many users complained that one cannot use the mouse comfortably unless they have really large hands. Citing this, Logitech has now launched a new vertical mouse in the form of the Lift mouse.

Logitech recently launched the Lift vertical mouse for users, which is designed to deliver a comfortable experience to users when working for long hours. Users can hold the mouse in a natural handshake position that reduces strain on their wrists.

The Logitech Lift is set at a 57-degree angle along with the necessary buttons and scroll wheel at a convenient location. The mouse is 2.8-inches tall, although it is shorter than the MX Vertical. It has a textured surface to enable users to hold it for longer periods of time.

The Logitech Lift, much like its predecessor, is a wireless mouse. It can connect with up to three devices simultaneously via Bluetooth, and users can switch between the device using a button at the back of the mouse. However, unlike the MX Vertical, the Lift is powered by an AA battery, which is included in the box. Logitech says that a single battery can enable the Lift to run for up to 2 years. It is compatible with macOS 10.15 or later and Windows 10/11.

So, if you are someone who works for long hours on the computer and has small hands, you can check out the Logitech Lift on the company’s official website. It is priced at $70 (~Rs 5,300) and comes in three colors – pink, off-white, and black. The mouse also comes in left and right-handed configurations.