Here is a list of top 15 inspirational and motivational movies of all time. Some of the movies are based on real life incidents, while others are great work of fiction. Though, all the movies mentioned in the list motivates us to fight against all the odds and make our way towards success. 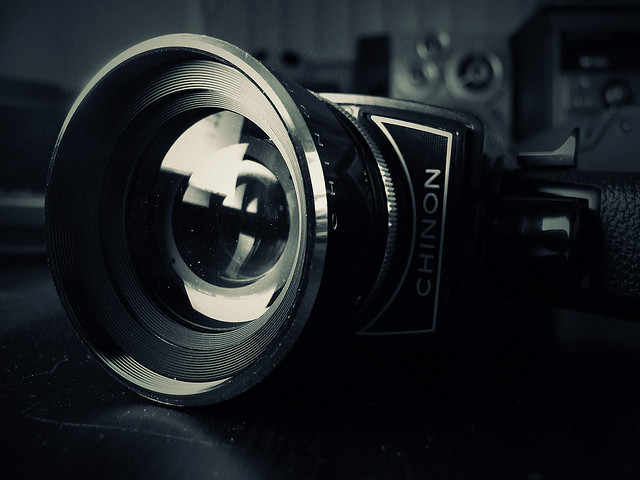 So, without wasting much time let’s just begin with the list.

The Shawshank Redemption is highest rated movie on IMDB’s list of top 250 movies of all time. The movie is about Andy Dufresne, who was found guilty of his wife’s murder and got two back to back life sentences even though he claimed to be innocent of the crime.

The movie depicts 19 years of his life in prison in the most realistic way, plus the narration by Morgan Freeman makes it even more inspiring.

Trailer of The Shawshank Redemption

Schindler’s List is based on the true story of a German businessman, Oskar Schindler who employed around one thousand Jewish people to work in his factory in Poland during World War II and later saved their life as well.

The movie is based on a very simple man Forrest Gump who does everything with full heart and loyalty. Though, people used to think that a guy like him can’t do anything in his life but he proves everyone wrong by accomplishing certain things which others can’t even think of.

Have you ever thought what would have been the life of people around you if you never existed. This movie answers the exact same question for you. Amazingly good movie.

Trailer of It’s a Wonderful Life

The movie is based on the true story of Jordan Belfort, who is now a motivational speaker. But, earlier he was a very successful stock broker who faced charges against stock market manipulation crimes and served 22 months in prison.

Though, the movie has already set the world record for using the ‘f’ word maximum number of times but that doesn’t take away the message of the movie. If you are in the business of stock market, this movie is a must watch for you.

Trailer of The Wolf of Wall Street

Gandhi is a biopic of Mohan Das Karam Chand Gandhi. The movie features the instances from the life of Mahatma Gandhi when he struggled against the British rule in Indian in his own non-violent way. Even though he was a very successful lawyer and was living happily in South Africa but one instance changed his life and he returned India with the sole purpose of making  his home country free from foreign rule.

This movie is based on the real life story of Chris Gardner, who invested a lot of money in a device which he thought would do great in the market but it turns out to be his biggest mistake. His wife leaves him, he had to leave his home as well and had to go through a lot of troubles before he finally meets success. It is certainly one of the most inspiring movie I have ever seen.

Trailer of The Pursuit of Happyness

The social network is an inspiring story of Mark Zuckerberg, who founded Facebook at the age of 19. The story begins from his college dorm room and concludes at Facebook becoming world’s largest social networking site. Though, the story is not 100% accurate but it does inspire the younger generation to create something of their own and work for a start-up which can touch lives of millions of people.

Trailer of the social network

It’s an inspiring story of three troubled souls and an under-sized horse, who come together and tastes success & fame. Though, everyone used to think that Seabiscuit couldn’t even complete a race but right training Seabiscuit achieved the impossible.

This movie is based on the history of two biggest tech giants Apple and Microsoft, & their famous rivalry. If you do not know the history of these two tech companies, then you must watch this movie. The movie also teaches some really good entrepreneurial skills that you can learn only from the real life experiences of two most influential tech people in the world, Steve Jobs and Bill Gates.

Trailer of Pirates of Silicon Valley

Guru is an inspiring story of an ambitious villager Gurukant Desai, who later becomes the biggest business tycoon of India. The movie is also referred as biopic of one of the most successful and self made business person of India, Dhirubhai Ambani.

3 idiots movie is loosely adapted from Chetan Bhagat’s best selling novel Five Point Someone. Two friends looking for their long lost college friend and in the journey they remember their college days, the movie plays in the flashback.

The movie gives a very important message, Pursue excellence, and success will follow.

This movie is a story of an Indian village where a young boy named Bhuvan challenges Britishers in the game of Cricket to clear the whole village out of high tax debts. No one in the village has ever played this game before. But they are determined enough to give them a strong competition. It’s one of the greatest movie of Indian cinema.

This movie is an epic story of a kid who believes that fate and fortune is nothing. It’s only karma that has the power to either make you or break you. A refreshing movie full of hope and joy.

Trailer of I am Kalam

This is an inspiring movie based on the story of a deaf and mute boy whose passion is nothing but playing cricket. He wants to play for the national team of India but situations aren’t that easy for him. He had to overcome a lot of barriers to make his way in the playing eleven for the country. An epic movie by Nagesh Kukoonar.

So, this was my list of 15 inspirational and motivational movies of all time. If you think I have missed out some really good movies, feel free to leave your suggestions in comments below the post.