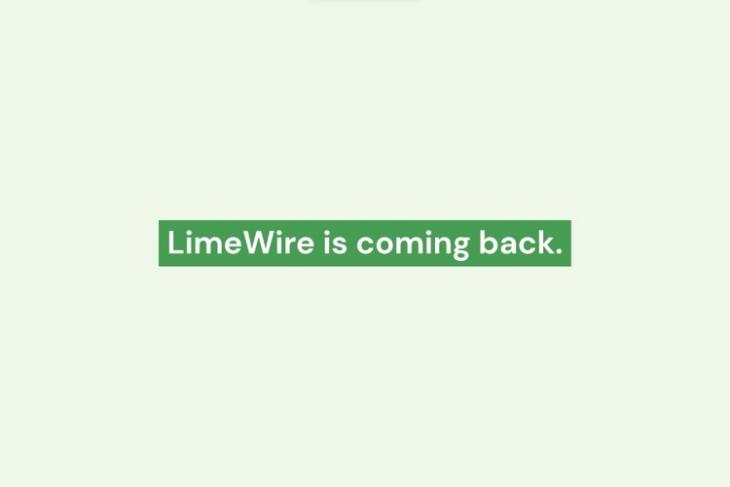 If you are a 90s kid and an early adopter of computers, you might have heard of and used LimeWire at some point. It was a popular peer-to-peer file-sharing tool created by Mark Gorton that was released almost 22 years ago, back in May 2000. It was, however, discontinued back in 2010 due to a copyright infringement case. Now, an Austrian entrepreneur duo has taken the responsibility of reviving the popular platform as an NFT marketplace focused on music, content, and artworks.

Austria-based serial entrepreneurs and brothers Julian and Paul Zehetmayr bought the rights of LimeWire to create a brand new company, LimeWire GmbH, with no affiliation to the original LimeWire LLC team. The Zehetmayr brothers, now the co-founders of the company, intend to launch LimeWire as a “mainstream-ready, digital collectibles marketplace for art and entertainment, initially focusing on music.”

The current backers of the new LimeWire platform think that it would become a place for artists and digital creators to create, sell, and distribute exclusive music pieces to collectors without the “technical hurdles of the current NFT landscape.” The company also aims to partner with a host of musicians and composers to join the resurrected LimeWire platform and hopes to garner at least a million buyers before the end of its first year in the market.

The company will also launch its very own cryptocurrency in the form of LMWR tokens. You can check out LimeWire’s launch timeline in the image below.

Now, one of the primary objectives of LimeWire as an NFT marketplace would be to provide access to NFTs and digital collectibles to those without a digital crypto wallet or any knowledge about NFTs. Interested buyers would be able to buy NFTs from LimeWire using their credit or debit cards via Wyre’s payment system, which is also used by the popular NFT marketplace OpenSea. So, LimeWire’s primary goal is similar to what Neon is doing with its NFT ATM, though the former will only focus on musical NFTs initially.

“It’s important to note that we are not relaunching LimeWire as an alternative to streaming platforms, but rather as an additional channel for artists to sell exclusive music and art directly to collectors,” said Julian Zehetmayr in a statement.

The LimeWire NFT market will launch in May this year and will aim to ease the process of buying and selling NFTs in the market. It is being marketed as a platform for “NFT newbies” who would like to get into the NFT market. Currently, you can go to its official website and join the waitlist by registering with your email address. So, what do you think about it? Let us know your thoughts about LimeWire as an NFT marketplace in the comments below.

Starbucks Will Launch Its Own Digital Assets, NFTs by the End of 2022