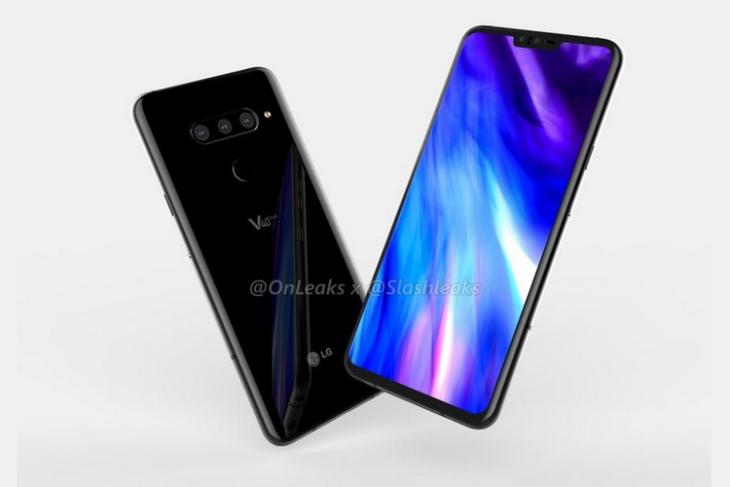 LG’s upcoming flagship smartphone, the V40 ThinQ, is rumored to feature five cameras and might be unveiled early in October. Codenamed ‘Storm‘, details about the upcoming smartphone’s specifications have so far remained in the dark, but that changes now.

The folks over at AndroidPit have obtained information about the V40 ThinQ’s entire hardware specifications, and from the looks of it, the next LG flagship is shaping up to be a beastly smartphone that will rival, and even outclass, the Galaxies and iPhones in some departments.

Let’s start with the most remarkable feature of the V40 ThinQ, its imaging hardware. Just as previous reports had indicated, the upcoming V-series flagship will sport five cameras in total, three on the rear and two on the front. The triple rear camera set-up will consist of 12MP (f/1.5) sensor with 1.4µm pixels, a 16MP (f/1.9) with 1.0µm pixels and another 12MP (f2.4) with 1.0µm pixels, with 2X zoom functionality and some AI features also thrown into the mix.

The dual front camera set-up comprises of an 8MP primary sensor and a 5MP secondary sensor, however, the aperture value and pixel size are not known. Under the hood, the device will come equipped with the Qualcomm Snapdragon 845 processor, paired with 6GB of RAM and up to 128GB of internal storage, however, it is not known whether the storage is expandable or not.

On the front, the V40 ThinQ will reportedly come equipped with a 6.4-inch P-OLED QHD+ display with a 19.5:9 aspect ratio, and yes, it will have a notch. In addition to some drool-worthy hardware, the V40 ThinQ will also come with Quad DAC and Boombox Stereo speakers, which means the IP68-rated device will be a total powerhouse when it comes to media consumption. The upcoming LG flagship will reportedly pack a 3,300 mAh battery, however, it is not known which build of Android it will run out of the box.