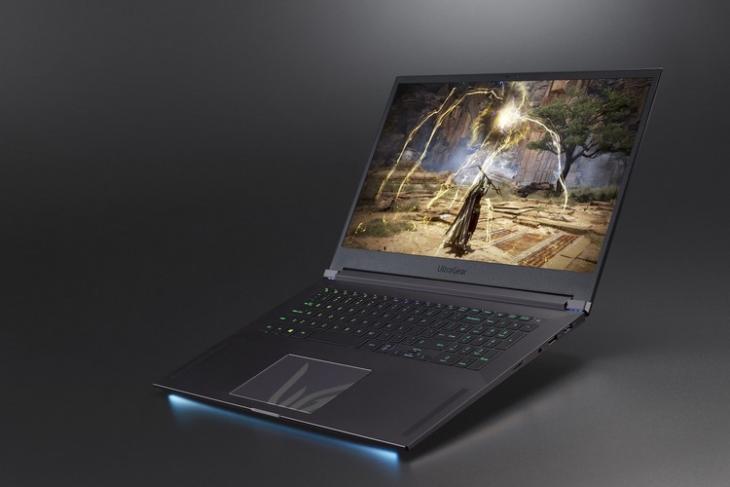 After unveiling two unique TV models earlier this week, LG has now announced its first-ever gaming laptop, the UltraGear Gaming Laptop (17G90Q) ahead of CES 2022. The laptop features top-of-the-line hardware, including a 300Hz display, 11th-Gen Intel CPU, and an Nvidia RTX 3080 GPU to deliver a smooth and immersive gaming experience. Here are all the details.

The LG UltraGear laptop falls under the company’s UltraGear lineup, which previously only included ultra-wide gaming monitors and has now expanded to gaming laptops.

Starting with the design, the LG UltraGear laptop comes with a sleek and portable design. This LG gaming laptop has even won the CES 2022 Innovation Award for its thin design. While it weighs 2.64kgs (despite the 93Wh battery and a big screen), it still feels a bit on the heavier side.

The laptop sports a massive 17.3-inch IPS LCD panel with support for a 300Hz refresh rate and 1ms response time to deliver a smooth and crisp gaming experience. It has a 16:9 aspect ratio, a screen resolution of 1920 x 1080 pixels, and support for 99% sRGB. Other than this, the LG gaming laptop comes with per-key RGB support for its keyboard that lets users assign different colors to individual keys using LG’s gaming software, LG UltraGear Studio.

As for the internals, LG has packed an 11th-Gen Intel Core Tiger Lake H-series processor, which was announced earlier this year. The high-performance laptop CPU is paired with the Nvidia RTX 3080 Max-Q GPU to offer smooth performance during graphic-intensive tasks like playing AAA titles or editing videos.

The LG UltraGear laptop can pack up to 32GB of DDR4 RAM and has an M.2 dual SSD setup for internal storage that can go up to 1TB. It comes with LG’s vapor chamber-based cooling system to keep the temperatures down during heavy-duty tasks. Additionally, it supports the LG UltraGear Studio gaming software that can customize GPU, CPU, and memory share rate options for better gameplays.

Other than these, the LG UltraGear Gaming Laptop comes with an FHD front camera with a dual-mic setup for video conferencing and a fingerprint sensor embedded in the power button with support for Windows Hello. The device comes in a Purple-Gray color option.

The LG UltraGear laptop’s price is still behind the veil and is expected to be revealed during CES 2022. As for the availability, the UltraGear Gaming Laptop will be initially available in the US and South Korea, starting early 2022. The company will then launch the device in other markets later in the year.