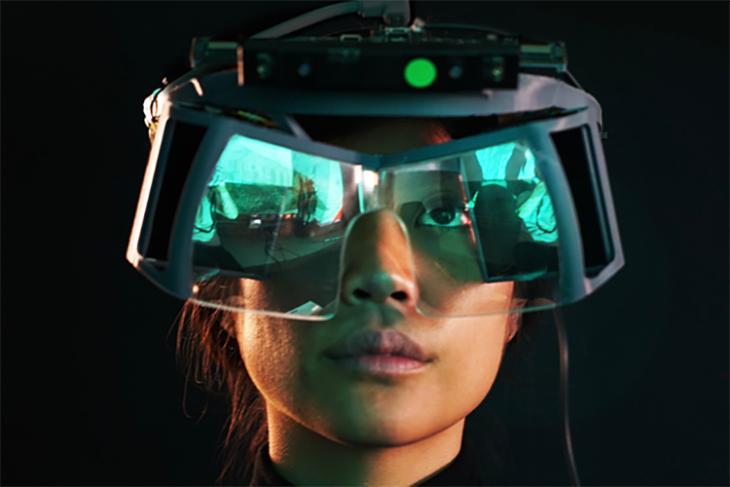 Leap Motion is known widely for its hand gesture tracking tech for PCs and virtual reality headsets. It is now taking its game up a by a notch by announcing Project North Star, a concept augmented reality headset equipped with stunning hand tracking features. The AR headset outfitted with Leap Motion’s sensors, says co-founder David Holz, would cost only $100 or even less when developed at a large scale.

Besides Leap Motion’s impressive hand tracking, Project North Star has some really brilliant specifications. It is designed to feature fast-refreshing LCD displays with a dimension of 3.5-inches and resolution of 1600×1440 per eye.

The headset would feature a field of view that is wider than most of the AR displays available currently. The specs sheet says that the field of view will be 95° high and 70° wide while the attached sensor will be able to track the motion of hands across a 180° vertically and horizontally wide field of view.

But sadly, the too-good-to-be-true $100 AR headset is just a concept at this stage, and Leap Motion does not intend to manufacture it any time soon, neither for users nor developers. Instead, it plans to release the hardware and software specifications in the public domain under an open source license, hoping that these designs will inspire more developers to experiment with AR headsets and hand-tracking technology to be used in it.

working on something new pic.twitter.com/IyQgRLNBdb

Leap Motion stressed on the fact that it does not want to develop its own headsets or compete with other biggies in the market. Instead, it said that a Leap Motion sensor can be added to major known headsets from companies like HoloLens, Magic Leap, or Meta to improve the hand-tracking technology on these headsets.

The headset is not yet ready for large-scale operations like tracking objects across a room but Leap Motion is focussing on developing applications which utilize hand tracking as well as helping independent developers add similar utility to their AR-related apps.