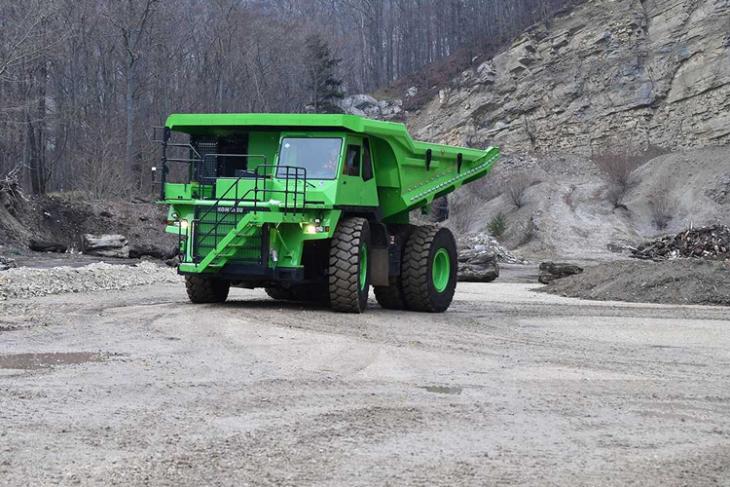 The world’s largest electric vehicle is a 110-ton dump truck named Elektro Dumper which is being operated in a quarry in Biel, Switzerland. The truck is used to carry limestone and marlstone to a cement factory through the sides of a mountain.

You must be wondering how it manages to perform such a power-intensive task with no effective energy consumption. Well, let me break it to you. Elektro Dumper weighs 45 tons and ascends the mountain unloaded and descends back with 65 tons of raw materials essentially making the net weight to 110 tons.

The regenerative braking system equipped on the truck does all the trick now as it captures energy essential for the next ride while the truck goes downhill. The truck generates more energy than it used for climbing up which essentially eliminates the need for charging it. Pretty cool right?

Elektro Dumper is made by Kuhn Schweitz, a construction equipment supplier company from Switzerland. A massive 700 kWh battery has been packed into this beast to make sure that it never runs out of battery. For putting that to perspective, that is 7 times the capacity of your average Tesla.

Take a look at the below video to watch Elektro Dumper in action.

Elektro Dumper makes the trip about 20 times a day and produces about 200 kWh of energy every day. We need more electric vehicles like the Elektro Dumper to reduce global warming and for making the world a better place for future generations.

So, what do you think of Elektro Dumper? Tell us in the comments.