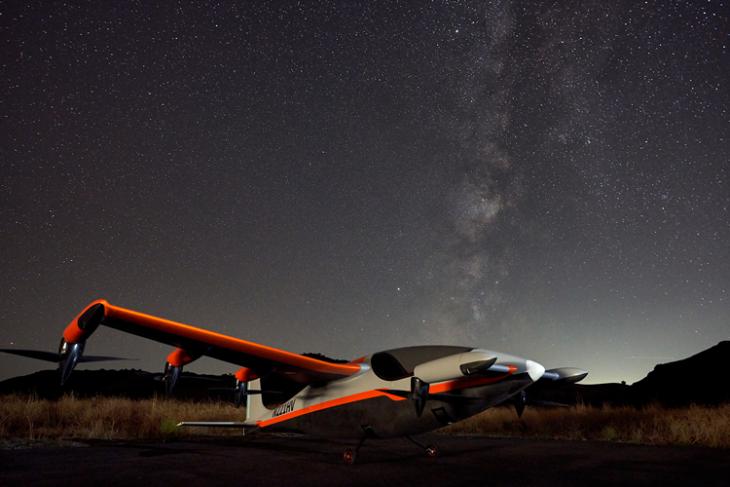 Last year, we saw Cora, a self-flying taxi from Kitty Hawk, a company backed by Google’s co-founder Larry Page. The company is now back with a new electric plane named Heaviside.

Heaviside is designed like a plane but it functions like a helicopter. That is, while the external looks might hint that it is yet another plane, on the inside, it follows Vertical Take-Off and Landing (VTOL) principles like a helicopter.

One of the salient features of Heaviside is that it is extremely quiet. The makers claim that it is about 100 times quieter than a regular helicopter. Also, it is worth noting that Heaviside is an electric vehicle.

“Once in the air, the vehicle blends into the background noise of a city or suburb, barely discernible to the human ear. Heaviside can travel from San Jose to San Francisco in 15 minutes and uses less than half the energy of a car.”, reads the product page of Heaviside. 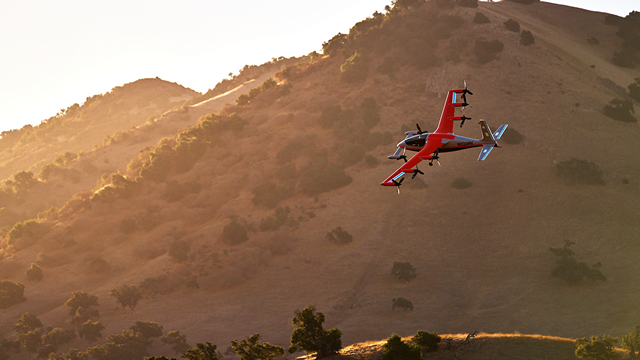 It also does not require a dedicated landing space, say a helipad. “If you build an aircraft that can land anywhere and then say ‘actually, oh wait it can’t just land anywhere, no I need a big helipad and I need to build a bunch of structure and all that’ — you miss the point,” Damon Vander Lind, the lead engineer of the project told TechCrunch.

The company has plans to introduce Heaviside with manual and autonomous flight capabilities. However, it would require approval from concerned authorities to ensure safety to be unveiled to the public. We will have to wait to see what happens.

Until then, let us know your thoughts on Project Heaviside in the comments.