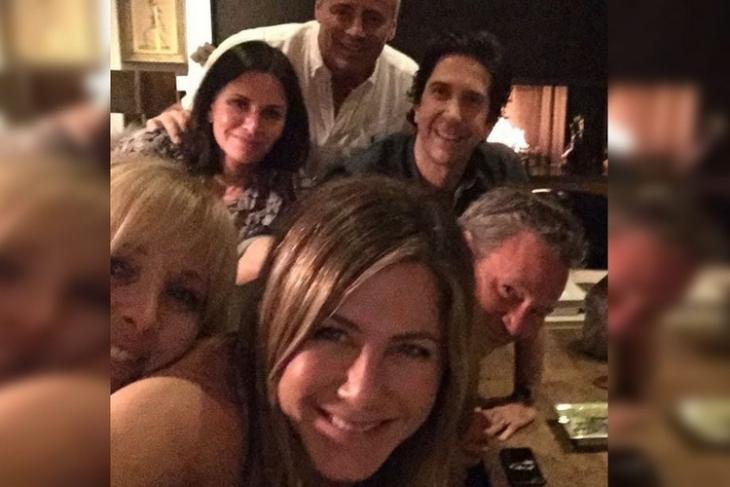 Jennifer Aniston joined Instagram on Tuesday by posting an epic selfie that crashed the platform following unprecedented incoming traffic from fans and followers. Before the crash, however, she garnered more than 116,000 followers and hundreds of thousands of likes for the first post that contained a selfie with all her five co-stars on Friends – the cult TV series that celebrated its 25th anniversary this year, but continues to remain a favorite on streaming services worldwide.

In the post, which contained a recent selfie of Aniston with her Friends co-stars, Courteney Cox, Lisa Kudrow, Matt LeBlanc, Matthew Perry and David Schwimmer, she wrote: “And now we’re Instagram FRIENDS too. HI INSTAGRAM”. One of the celebrities who liked the post and welcomed her to the platform include, among others, friend and fellow actress, Reese Witherspoon, who wrote: “YASSSS!!! Welcome to Insta Jen!!!”.

Following the crash, her Instagram page remain inaccessible for a while as social media started filling up with memes about how her profile is ‘on a break’ in a hilarious reference to the (in)famous incident where Schwimmer’s character, Ross, tried to justify his infidelity with Aniston’s Rachael by claiming he only hooked up with someone else because he thought the two were ‘on a break’. The phrase and the underlying context became a recurring plot in the series and remains one of the most memorable Friends-isms to this day.

Thankfully, though, that impasse is now over, and her official Instagram account, which already carries a blue ‘Verified’ badge, is now back online. While it still only has that one epic post, it has since conjured up a mammoth 8.2 million ‘likes’. Her profile, meanwhile, had 6.5 million followers at the time of writing this article.