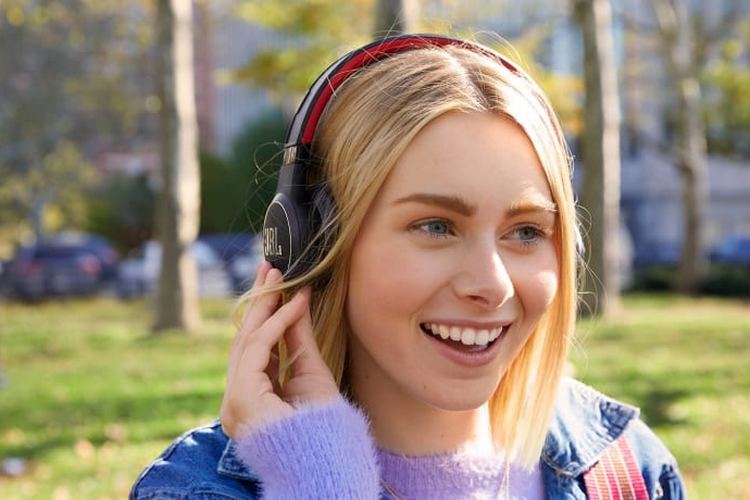 JBL has been working on a pair of solar-powered headphones that might never have to be plugged into the wall socket. That’s because the company says the device will offer ‘virtually unlimited’ playback time, as it doesn’t actually need direct sunlight to charge the batteries. Called JBL Reflect Eternal, the device promises to be a revolutionary addition to the company’s popular ‘Reflect’ series of premium headphones and, comes with a technology that allows it to juice-up its batteries from any light source, including artificial indoor lighting.

Having said that, exposure to direct sunlight will still be the fastest way to charge the headphones, with the company claiming that an hour and a half of outdoor exposure will provide around 68-hours of playback. That number will apparently increase to 168 hours after just two hours of charge. The device will remain fully usable while it’s being charged, which means listening to music while jogging in the morning will actually charge its battery, not deplete it.

If the device does work as intended, it will probably continue charging at most times during the day, irrespective of whether you’re taking a stroll down the road, watching TV at your home or sitting at your desk at work. Which means, you may not ever have to physically plug it into a wall socket to charge it in a conventional manner. JBL, however, is providing that option, thanks to a USB port that can juice-up the battery for 2 hours of playback from 15 minutes of charge.

In terms of tech specs, the JBL Reflect Eternal comes with 40mm drivers with a 20Hz to 20kHz frequency range, a 3.7V / 700mAh battery, Bluetooth connectivity and voice assistant compatibility. It is also water resistant, which is depicted by its IPX4 rating. It was recently crowdfunded by JBL on Indiegogo, and even though the target has already been achieved, users will still be able to book a pair for $144. Shipping starts October 2020, but only for US and German residents.