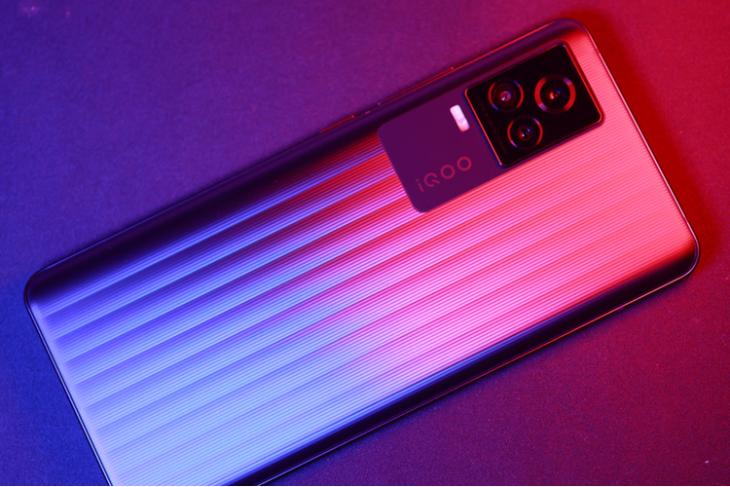 After launching the iQOO 7 series after a long break earlier this year, Vivo’s gaming-centric brand iQOO is preparing to launch the iQOO 8 series later this week. Now, ahead of its official launch, the entire specs of the iQOO 8 Pro have surfaced online. So, let’s take a look at the key specs of the upcoming iQOO 8 device.

The leak comes from reputable source WHYLAB on Weibo and suggests that iQOO aims to bring some significant upgrades to the iQOO 7 Pro successor. This includes an ultrasonic fingerprint sensor, 120W fast charging support, and more. You can find more details about iQOO 8 Pro specs in the following section.

Starting with the design, the iQOO 8 Pro looks similar to its predecessor with a centered punch-hole camera on the front and a rectangular rear camera module. As per the leak, the device will boast a 6.78-inch QHD+ E5 Curved AMOLED panel with support for a 120Hz refresh rate. It will have a 2K resolution and will come with DC dimming support, thanks to the LTPO display technology.

Turning to the optics, the iQOO 8 Pro will feature a 50MP primary camera (with OIS and 5-axis gimbal stabilization), a 48MP ultra-wide, and a 16MP sensor for portrait shots. At the front, there will be a 16MP selfie snapper inside the punch-hole cutout. 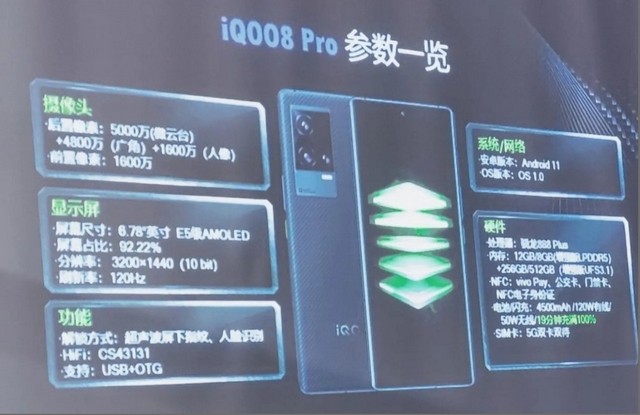 As for the internals, the iQOO 8 Pro will pack a Qualcomm Snapdragon 888+ SoC that comes with an integrated Adreno 660 GPU. The processor will be coupled with up to 12GB of LPDDR5 RAM and up to 512GB of internal storage.

Coming to the battery and charging support, the leak hints at a big 4,500mAh battery for the iQOO 8 Pro. It will support 120W fast charging via a wired connection, 50W wireless fast charging, and 10W reverse wireless charging. Other than these, the iQOO 8 Pro will pack support for NFC and an X-axis haptic motor for improved haptic feedback. It will run the Android 11-based OriginOS out-of-the-box.

Now, coming to the non-Pro iQOO 8, it will come with a smaller 6.56-inch display with support for a 120Hz refresh rate. It will most likely support a Full-HD+ resolution and 10-bit colors.

As for the cameras, the iQOO 8 will feature a triple camera setup at the back, much like its elder sibling. However, there will be an inferior 48MP primary lens and a couple of 13MP sensors for ultra-wide and portrait shots. Moreover, there will be a 16MP selfie snapper at the front.

Under the hood, the vanilla iQOO 8 will pack a non-plus Snapdragon 888 chipset with an Adreno 660 GPU. Furthermore, like its elder brother, the iQOO 8 will also support 120W wired fast charging and users will be able to fully charge the 4,350mAh battery in about 19 minutes. It will run Origin OS based on Android 11 out of the box.

Now, speaking of the price of the iQOO 8, there is no real information that suggests how much will the devices cost. However, recent reports suggest that the company might sell the devices starting at RMB 5,299 (~Rs 60,700) in China.

The company will launch the iQOO 8 in China on August 17, which is tomorrow. Plus, the company might also bring the device to India in the coming days as it reportedly showed up recently on the IMEI database.