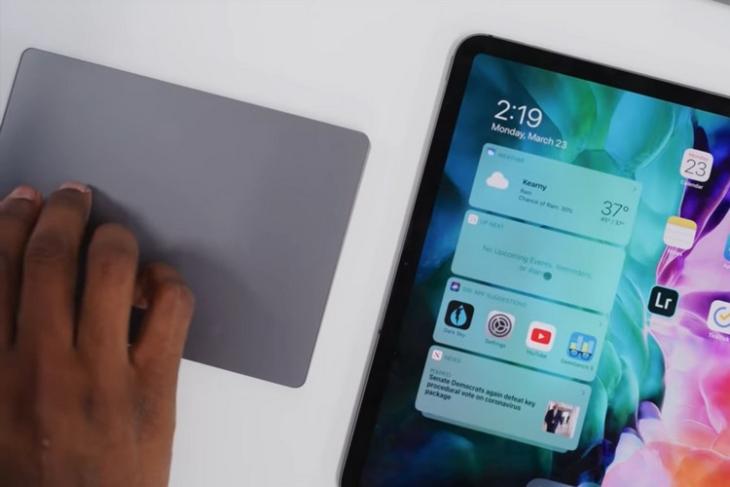 As Apple is aiming to replace your laptops with the latest iPads, the company is pushing more and more desktop-like features to these mobile devices. With the recent iPadOS 13.4 updates, the Cupertino-based tech giant gave proper cursor support for the iPads and the on-screen pointer does have a hidden yet pretty nifty feature.

Prior to the release of this latest update, the iPads did have the cursor support. However, it was a half-baked thing where you had to dig around the “accessibility” settings to use a limited functional cursor. The iPadOS 13.4, that was released to the public this week, brings the full-fledged cursor to the iPads. However, this cursor is a bit different than the traditional cursor that we have used since the inception of the pointing devices. Instead of the conventional tilted arrow pointer, the cursor in the iPads is round, just like a fingertip. Apple’s SVP, Craig Federighi explained all about it in a recent video.

Now, coming to the nifty feature I was talking about. Discovered by Marques “MKBHD” Brownlee, the YouTuber shared a short video on Twitter. In the video, it was seen that the round and translucent pointer of the cursor changes its colour depending on the background of the screen. In the video, when the cursor moved to a position with a dark background, it changed to a lighter shade and when it moved to a light background-position, it again changed to a darker shade.

Something I noticed about the new iPad cursor pic.twitter.com/Q9YJqbFSpN

Most of the users may not even notice this feature just like a similar feature in macOS, where the cursor becomes bigger when you rapidly move it around the screen. These features are added by Apple to help users track the cursor on the screen while using the devices.