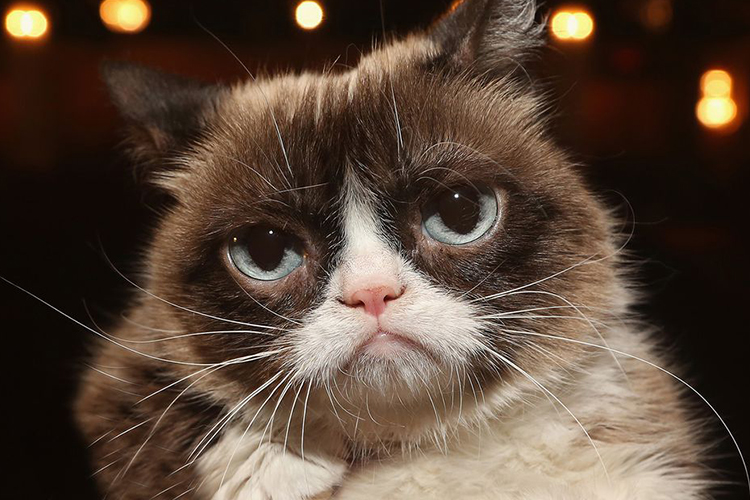 Grumpy Cat, the Internet’s most popular cat and one of its first viral memes, has died at age seven, her family announced on Friday. The furry sensation’s family announced her death on Twitter, saying: “We are unimaginably heartbroken to announce the loss of our beloved Grumpy Cat,” the CNN quoted Tabatha Bundesen, Grumpy Cat’s owner, as saying.

“Despite care from top professionals, as well as from her very loving family, Grumpy encountered complications from a recent urinary tract infection that unfortunately became too tough for her to overcome. She passed away peacefully on May 14.”

“Grumpy Cat has helped millions of people smile all around the world – even when times were tough. Her spirit will continue to live on through her fans everywhere,” Bundesen, who lives in Morristown Arizona, wrote.

Grumpy Cat, whose real name is Tardar Sauce, had feline dwarfism. This, her owners said, probably accounted for her distinctive facial features and small size. She became an Internet celebrity in September 2012 when Bundesen’s brother posted pictures of her on the social media. Users on the platform immediately reacted by posting countless photoshopped variations and since then the grumpy cat has been seen in several social media memes and posts.

Grumpy Cat became such a cultural phenomenon that she inspired art projects, perfumes, merchandise, comics and even a “Grumppuccino” coffee. In 2018, US coffee company Grenade was ordered to pay the Bundesens $710,000 for exceeding an agreement to use her image. At the time of her death, Grumpy Cat had 1.5 million followers on Twitter, 2.4 million on Instagram and 8.5 million on Facebook.