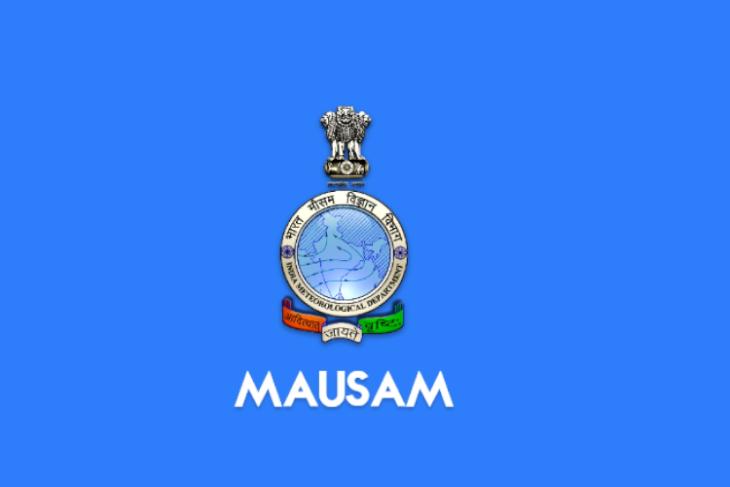 Earth Sciences Minister Dr. Harsh Vardhan today announced a weather app that aims to provide weather forecasts and warnings in India. Dubbed Mausam (weather), the app got launched as part of the 14th Foundation Day celebrations of Union Ministry of Earth Sciences on Android and iOS.

According to one of the slides posted by Vardhan, the app will show the current temperature, humidity, wind speed, and direction for 200 cities. Moreover, it will provide weather forecasts for the next seven days for almost 450 cities. The data is said to get updated 8 times a day.

There’s a nowcast feature that tries to alert people ahead of severe weather conditions for almost 800 stations. As per a PTI report, the impact of such extreme weather will be included in the warning. Mausam will also issue color-coded alerts (Red, Orange, and Yellow) twice a day for all included districts. This will be applicable for the next five days.

After searching around for a while, I got the official app’s link on Google Play Store. Before proceeding further, it is worth clarifying that the first search result for Mausam retrieves an app from a developer named Naresh Dhakecha and it is not the official Mausam app the government has released. That confusion should hopefully get cleared up if this app gains enough traction.

When you first open Mausam, it might take a few seconds for the app to detect and load the location details. You can see the current location on the home page alongside other details.

At the bottom, you can view sunrise, sunset, moonrise, and moonset timings. Right next to it, you get access to the weekly forecast. There are even Radar details, which might come in handy to some users. 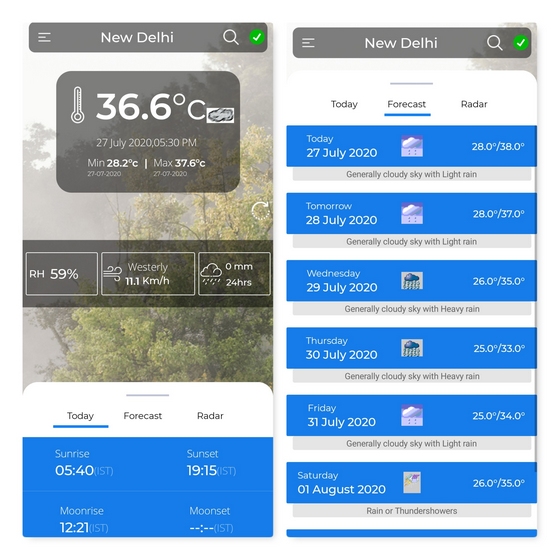 From the sidebar, you can view the list of warnings for your city. In case you’re wondering, the option to switch between cities is accommodated inside the sidebar in the ‘Manage cities’ section.

After my brief usage, I will say that weather app enthusiasts would certainly not be a fan of the interface. You get nothing close to DarkSky or the ocean of Dark Sky alternatives like Overdrop or Today Weather. However, if UI is not in your utmost priority, you could try giving Mausam a shot to stay in the loop.