Education is the most basic right of every individual. With a literacy rate of just 74%, India is far behind than many developing countries. To aid the growth of education, many start-ups like Unacademy, Byju’s and Vedanutu have taken matters into their hands.

A similar edtech start-up from Gurgaon made an app to help students understand math and science concepts using short videos. The app is called Doubtnut it raised a whopping $15 million in a new financing round. With this huge financing round, this two-year-old start-up is hoping to serve more people in small cities of the country.

How the App Works

Doubtnut is an app that helps students from sixth-grade to high school understand and solve math and science problems essentially in local languages. The app uses the camera of the smartphone to take a picture of the problem. Then it uses machine learning and image recognition to provide a solution in the form of a short video. A student can click a picture of the problem and share it via the Doubtnut app, website, Youtube or WhatsApp. This will provide them with a short video that will show the steps required to tackle the problem. 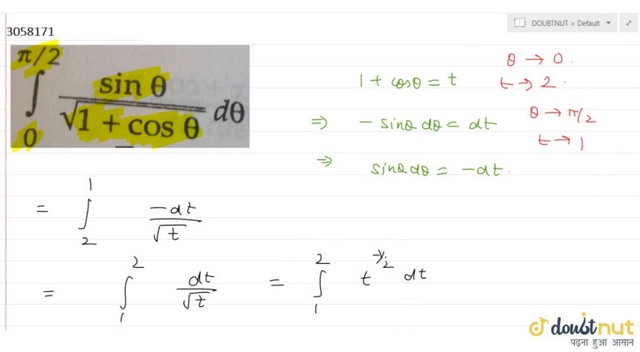 The start-up said that it has already gained more than 13 million active users across all of its platforms. Most of its users are from small cities and towns of the country excluding the top 10 metro cities, according to Tanushree Nagori, the co-founder of Doubtnut. She also added that half of the users have come online last year only.

The start-up got the Series A funding from Chinese giants and PUBG developers, Tencent. Existing investors include Omidyar Network India, AET Japan, Ankit Nagori (founder of fitness start-up Cure.Fit) and Sequoia Capital India, who also participated in the financing round. After the recent financing round, the two-year-old start-up has raised $18.5 million and is valued at around $50 million.

As the edtech start-ups continue to progress, the popularity of Doubtnut shows how the Indian education system is changing with recent developments in tech. Now students do not need to have an external tutor to clear their doubts. Platforms like Byju’s (valued at $8 billion), Unacademy and GradeUp have shown immense growth in recent times. The emergence of these start-ups may change the way of educating students as those who cannot afford an external tutor can clear their doubts through these education platforms for free.