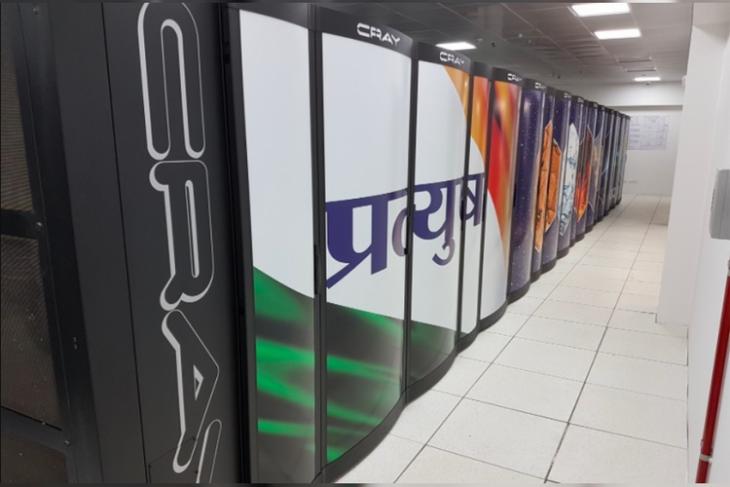 Pratyush, which is the first multi-petaflop computing device in the country, has helped India leap from the 227th rank in the 2017 edition of the list to an ‘Under 50’ spot for the first time in history.

Pratyush is joined in the coveted sub-100 ranking class by another Indian supercomputer called Mihir, which was also deployed in collaboration with Cray Inc at the same time at the National Centre for Medium Range Weather Forecast (NCMRWF) in Noida. Mihir has been ranked 66th in the TOP500 list, thanks to its 2.8 petaflop processing speed, while the Pratyush supercomputer overshadowed it with its significantly higher 4.0 petaflop speed.

In addition to Pratyush and Mihir, India also has three other computing systems in the list of the top 500 most powerful computing systems in the world. A Lenovo HPC (High-Performance Computing) machine owned by a private firm in India occupies the 206th spot, while the SERC at IISc (Indian Institute of Science), Bangalore and another system at IITM in Pune occupy the 327th and 496th spot respectively.

The list is topped by the IBM-built Summit supercomputer at the Oak Ridge National Laboratory in Tennessee with a peak processing speed of 187 teraflops, which is over 45 times that of India’s fastest supercomputer, Pratyush. The Summit is employed for research in domains of material studies, cancer, fusion energy and astrophysics, while another American supercomputer named Sierra, which occupies the third spot with a peak clock speed of 119 teraflops, will be used for nuclear weapons research.