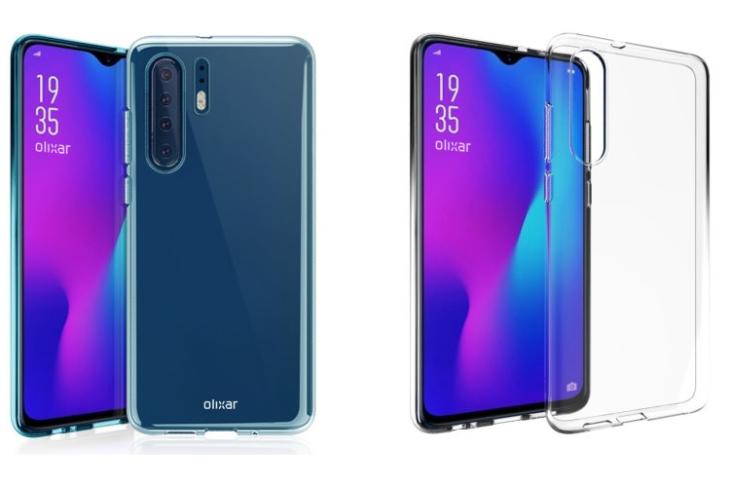 Huawei’s upcoming P30 Pro is all set to debut next year, but it looks like the company is not ready to give up the notch completely. The leaks have already started coming in, and while a previous leak indicated that the P30 Pro will feature a curved OLED display and a 38MP Sony IMX607 sensor, the new one says there will be three other cameras on the back as well.

Retailer Mobile Fun has now listed the alleged protective cases for the upcoming Huawei P30 Pro and the P30, giving us a glimpse of their design and a few features.

As per the renders on Mobile Fun’s website, the most notable aspect of the P30 pro will be a vertically stacked quad rear cameras, accompanied by a dual LED flash module.

If the renders of the P30 Pro covered in cases made by Olixar are anything to go by, the upcoming smartphone will also feature the so-called dewdrop notch with minimal side bezels and a small chin at the bottom. Mobile Fun has also listed protective cases for the Huawei P30, which features the same design as the P30 Pro with a dewdrop notch. The case renders however indicate that the P30 will feature a triple rear camera set-up with an LED flash sitting below the camera module.

At the moment, not much is known about the Huawei P30 or P30 Pro’s specifications. Some reports indicate that the P30 Pro will come equipped with a yet-to-be-announced 38MP Sony IMX607 sensor, an upgraded version of the IMX600 sensor on the Huawei P20 Pro. The IMX607 has a 1/1.8″ sensor size and incorporates a Dual Bayer technology which utilizes an array of white pixels to capture more light and detail in low-light.

However, it is a little surprising that the Huawei P30 Pro would feature a 38MP camera and a notch, while the recently launched Huawei Nova 4 comes equipped with a 48MP main camera and also has an innovative punch-hole selfie sensor.