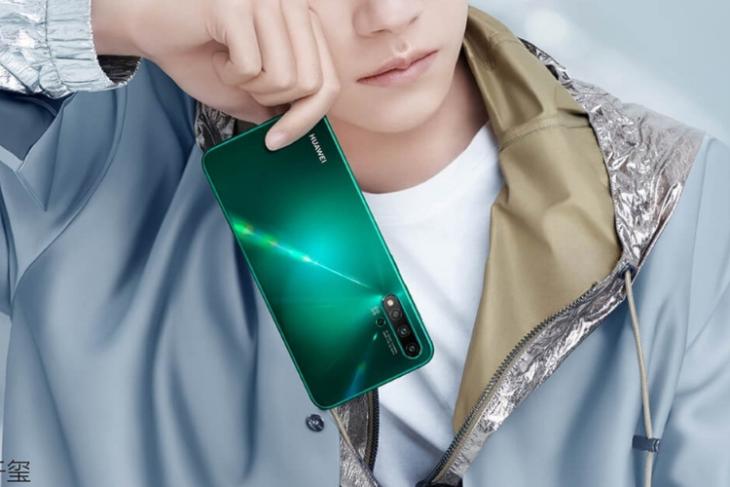 Though Huawei is struggling to make leeway in its strenuous relationship with the United States, the Chinese giant isn’t slowing down its smartphone release timeline. Huawei has today taken the wraps off its much-rumored Nova 5 series, which includes a trio of new devices, all with different Kirin chipsets and quad-camera setups.

The Nova 5 and Nova 5 Pro do have a number of similarities, but there are some minor differences between the two devices. Both of them sport a 6.39-inch Full-HD+ OLED display with a waterdrop notch that packs a 32MP (f/2.0) selfie camera. It boasts of a 1080 x 2340 pixels resolution and a 19.5:9 aspect ratio, complete with DCI-P3 and DC dimming support. They also sport an optical in-display fingerprint sensor.

Huawei Nova 5 Pro is the flagship smartphone among the new launches and is powered by the Kirin 980 chipset, which can be found in the P30 Pro as well. This is paired with up to 8GB RAM and 256GB onboard storage. Huawei Nova 5, on the other hand, is powered by the newly introduced Kirin 810 chipset – which finally replaces the Kirin 710 SoC and will most probably be overused in mid-range Huawei and Honor phones in the coming months. It’s coupled with 8GB RAM and 128GB storage. 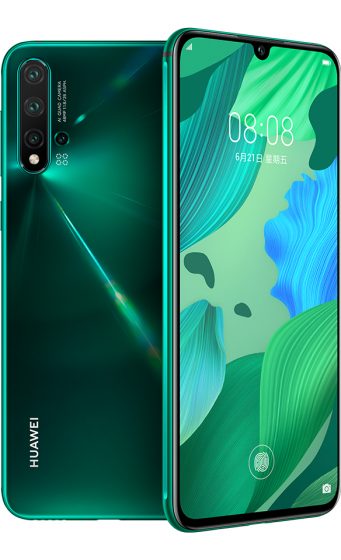 As for the camera department, the quad-camera module on both the Nova 5 and Nova 5 Pro includes a primary 48MP Sony IMX586 sensor, coupled with a 16MP ultra wide-angle lens, a 2MP depth sensor, and a 2MP macro lens. The devices support AI detection, night mode, and many other AI-backed camera features.

Both of these devices are backed by Android 9 Pie-based EMUI 9.0 out-of-the-box. They support Huawei’s GPU Turbo technology and come equipped with a 3,500mAh battery to boot. While the battery capacity is quite measly, Huawei’s 40W fast charging support has been added to both the devices to make up for the same. It charges the battery up to 85 percent in just 30 minutes.

Both of the smartphones will be available in Dilemma Forest, Midsummer Purple, Coral Orange, and Bright Black color variant. Nova 5 Pro is up for pre-order and goes on sale from June 28, whereas the first sale for Nova 5 is scheduled for July 20.

Huawei Nova 5i is basically a rebranded version of the P20 Lite (2019) model that was recently launched in Europe, except for a minor upgrade in the camera department. It looks similar to the Honor 20 series phones launched in India earlier this month.

Nova 5i features a 6.4-inch Full-HD+ LCD panel with a punch-hole on the top left, with a 24MP selfie shooter. The device is powered by the over-used Kirin 710 SoC, coupled with up to 8GB of RAM and 128GB of internal storage. It runs Android 9 Pie-based EMUI 9.0 out-of-the-box. 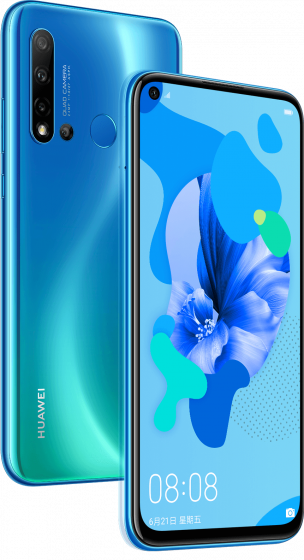 Huawei Nova 5i packs a quad-camera setup, including a 24MP primary camera (which is replacing the 16MP sensor on the P30 Lite), a 16MP ultra wide-angle lens, a 2MP depth sensor, and a ToF sensor. It also includes a 4,000mAh battery, supporting 10W charging instead of the 40W Super Charge tech. There’s also a physical fingerprint sensor on the rear instead of the under-screen sensor seen on the Nova 5 and Nova 5 Pro.

The Nova 5i will be available in 3 gradient finishes, namely Crush Blue, Crush Red, and Midnight Black. It will go on sale starting from June 28. So, does the Nova 5 series look exciting to you? Let us know in the comments below.