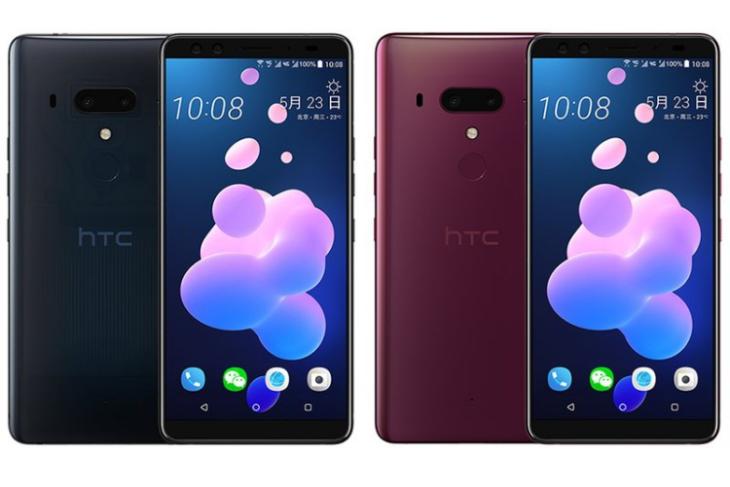 Even though HTC is scheduled to take the wraps off its much-awaited U12+ flagship in New York on May 23rd but the device has been leaked in its entirety.

Thanks to the reputed tipster Evan Blass, better known as evleaks, we have received not only the official renders but also the complete specs sheet for the U12+. This leak does not leave anything (literally!) to the imagination and is possibly true because of the source it comes from. So, here’s everything you need to know about the HTC U12+.

First, as you can see in the tweet below, the HTC U12+ will launch in three color variants namely black, lilac and the limited edition translucent phone. The design falls in line with previous leaks, which shows the device featuring a modern 18:9 display and dual lens cameras on both the back and front.

In addition, Blass has followed up this tweet with a complete three-page specs sheet for the device. HTC U12+ is carrying forward the company’s signature liquid surface design that we’ve already seen on the U11 Plus that was launched earlier last year.

You’d still also get the pressure-sensitive ‘squeezable’ sides called Edge Sense 2.0, which would be quite customizable. You will be able to squeeze the sides of the phone to open apps, double tap to go into one-handed mode and hold them for smart rotate and smart dim functions, states the leaked specs sheet.

The HTC U12+ will feature a 6-inch QuadHD+ Super LCD 6 display, with no notch (which sure is good for all notch haters and HTC lovers) and an 18:9 aspect ratio. This is protected with Corning Gorilla Glass and includes HDR 10 support.

The device will be powered by the Snapdragon 845 chipset, coupled with 6GB RAM and up to 128GB onboard storage. You can expand it up to 2TB using a microSD card and the phone will come with a 3,500mAh non-removable battery.

HTC U12+ will run Android 8.0 Oreo out-of-the-box, which is quite disappointing. It will, however, again feature two voice assistants – Alexa and Google Assistant and have an IP68 water and dustproof certification

The highlight of the HTC U12+ is expected to be the pair of dual cameras on the front and back. The device will include a 12MP primary sensor with an f/1.75 aperture and a secondary 16MP telephoto lens with an f/2.6 aperture and 2x optical zoom. It’s also capable of shooting 4K video at 60 fps and provide 3D audio recording with 4 microphones on board.

It’ll also bring along HTC UltraPixel 4 and UltraSpeed AutoFocus 2 (PDAF + laser autofocus) technology to the table with this device. Your photos will turn out to be crisp and the bokeh mode is still present.

As for the front, the device will include dual 8MP sensors with an f/2.0 aperture that’ll allow you to capture 84-degrees field of view. HTC’s usual set of features, i.e bokeh mode, face unlock, AR stickers and more will also be baked into the U12+ coming next week.

You can read even more details about the HTC U12+ in the leaked specs sheet attached above. So, do you think this HTC device will finally attract users? Would you buy it? Share your thoughts in the comments below.