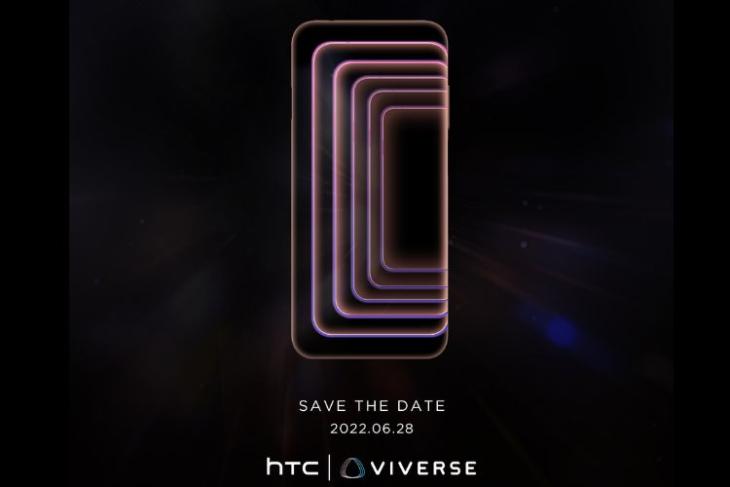 Back in March, HTC hinted at its plans to revive its smartphone segment with the launch of a high-end smartphone that puts focus on the current buzzword (yes, you guessed it right!) — the metaverse. However, we never got to hear much about it and it ended up getting delayed. Now, the company has revealed that the smartphone is launching this month.

HTC has revealed that it will launch the ‘Viverse’ smartphone on June 28 in Taiwan. However, the company hasn’t revealed anything else about the smartphone.

For all we know, it is highly expected to come with AR/VR features and lend support for the ‘metaverse’ functions. Plus, the phone could integrate HTC’s open-source metaverse platform called Viveverse.

Given that the company has an arguably strong holding in the VR arena, we can expect the phone to come with intriguing metaverse features. The device is also expected to fall in the high-end price range. So, it is likely to come with a flagship MediaTek or Snapdragon chipset and feature some more high-end features.

The HTC Viverse would be the first high-end smartphone by the company in years. The company went on to launch blockchain-focused Exodus 1 and Exodus 2 and even a few mid-rangers but in select markets. The new phone could help it regain its stance in the smartphone market but we still need to see if this really happens.

We also don’t know if the Viverse smartphone will be restricted to Taiwan or make its entry into other markets. Details are quite vague at the moment and only HTC can help provide some clarity to this. It’s best to wait until June 28 to get a more conclusive idea regarding the upcoming HTC phone and its further plans in the smartphone business. We will be sure to update you on this, so, stay tuned. Meanwhile, do let us know your guesses for the HTC Viverse in the comments section below.