Facebook recently rolled out its brand new feature for Messenger dubbed “Secret Conversations”. The new feature should please security enthusiasts, as Secret Conversations in Facebook Messenger are end-to-end encrypted, which means messages in this mode can’t be read by anyone including Facebook and intelligence agencies. Facebook owned WhatsApp Messenger recently rolled out end-to-end encrypted in its app, so it’s no surprise that the company has introduced it for its Messenger app, albeit in a different way.

The Secret Conversations feature has rolled out to the 900 million Facebook Messenger users but it’s still somewhat unknown among users, surprisingly. Along with encryption, the feature also includes some cool features like self-destructing messages, so yes, it’s certainly a cool new addition to Messenger. If that sounds interesting, here’s how to use secret conversations in Messenger on iOS or Android: 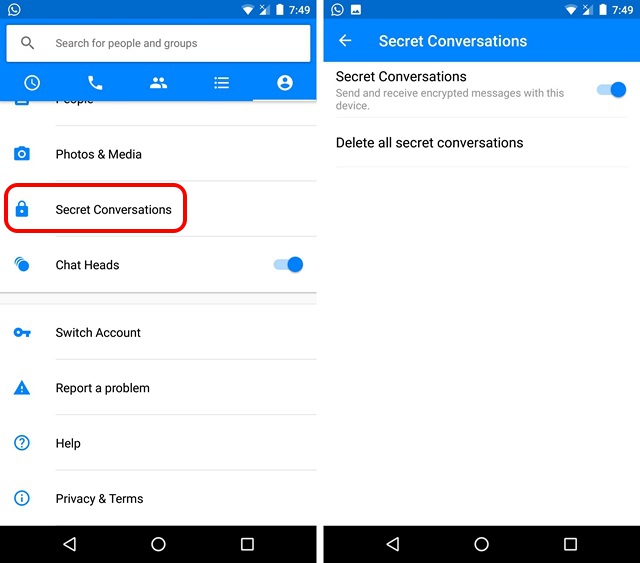 2. Once done, just tap on the new message icon on your iPhone, iPad or Android device. In the next page, just tap on top right icon, which is a lock icon on Android and a “Secret” button on iPhone. 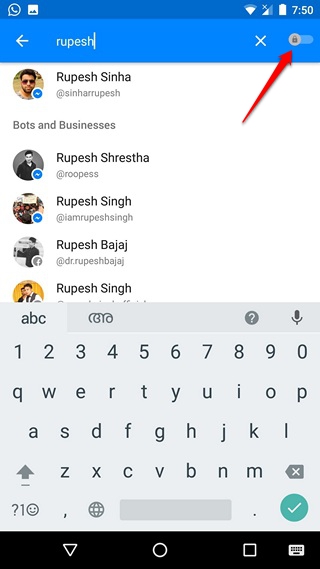 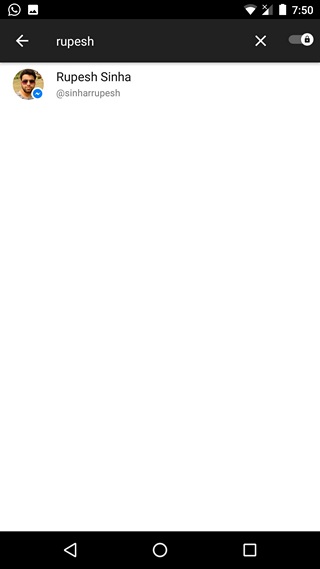 4. The Secret Conversation should then start up and you can start sending text messages, pictures, stickers, emojis and location. 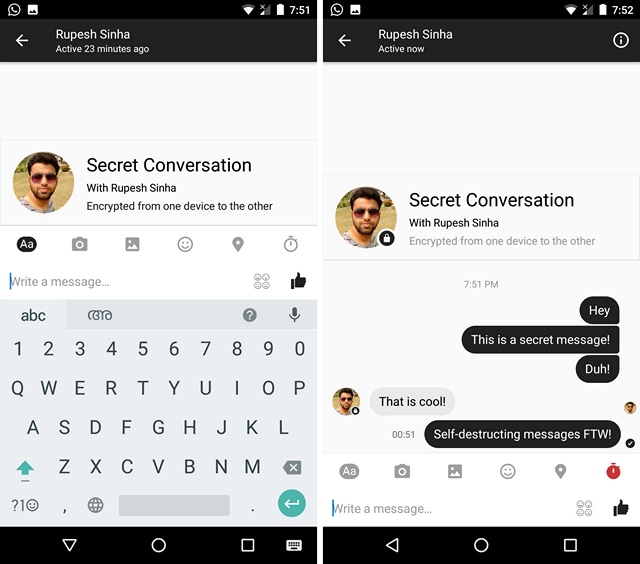 Sadly, you cannot send videos, GIFs or make voice and video calls in Secret Conversations. Also, there’s no way to have secret group chats, as of now.

In Secret Conversations, you can also set a timer on your messages. You can just hit the timer icon and select the time (from 30 seconds to a day) after which you want the messages to self-destruct. For instance, you’ve set the timer to a minute, in that case, the messages will destruct from your device after a minute, while the timer will only be set off on the recipient’s device after they’ve seen the message. 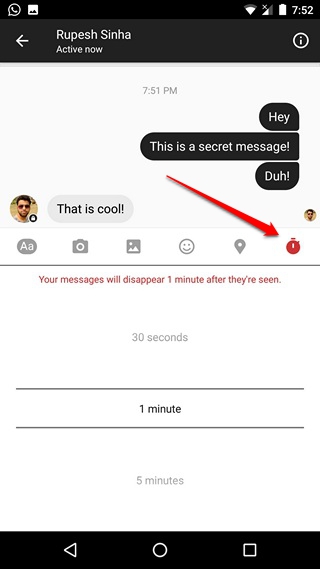 Along with the end-to-end encryption, self-destructing messages, the feature also brings discreet notifications, which means the notifications for these messages arrive as “Someone has sent you a message”.

SEE ALSO: How to Turn Off Facebook Live Notifications