At this year’s WWDC, Apple announced a feature that would allow people with an Apple Watch to unlock their Macs without having to key in their passwords. While this is a great feature, there’s absolutely no reason why this feature didn’t come to the iPhone. Especially considering that ever since iPhone 5S, we have TouchID built in, which can function as a super convenient and secure way to unlock the Mac.

Fortunately, while Apple might have overlooked this handy feature (and the fact that the Apple Watch is not as common as the iPhone), app developers have seen this as an opportunity, and created a number of apps that allow users to lock and unlock their Macs, through their iPhones. These apps use Bluetooth Low Energy (LE), as well, meaning that there’s not any noticeable battery drain, even if the apps are used consistently, everyday. I used a lot of these apps, and have found 4, that in my opinion, are worth your time, and your money. So, here are the 4 best apps to unlock Mac using an iPhone:

MacID is by far the best app out of all the apps I used. Not only does it use proximity very well, to lock and unlock the Mac, it also does it quite reliably. Not only that, MacID also has the feature to set up “Tap to Unlock” on the Mac. This feature allows users to register a specific pattern of taps on their Mac’s trackpad, and then unlock the Mac using the same pattern. While this feature may not be very secure, it is a rather handy one, and I definitely don’t mind having it in the app. 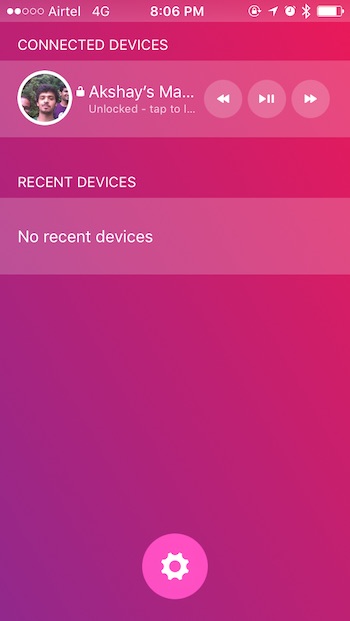 The app requires the users to pair their phone over Bluetooth with their Mac, and enter the Login password on the app, once, after which the app just works. There are a lot of options available to adjust the distance at which the Mac locks and unlocks. When the user crosses the threshold, the app automatically locks their Mac, and pushes a notification (which can be disabled, if the user wants) telling them that their Mac was locked. Re-entering the minimum distance threshold automatically sends a notification to the user’s iPhone, informing them that their Mac wants to be unlocked. The user can then choose to either use TouchID to unlock their Mac, or ignore the notification, which will keep their Mac locked.

Tether is another good app to lock and unlock a Mac using an iPhone or an iPad. The app uses Bluetooth LE to monitor the signal from the iPhone to the Mac, using which it estimates the distance between the iPhone and the Mac. When this distance is greater than a set (user-customisable) distance, the app automatically locks the user’s Mac, and automatically unlocks it, when the user comes within the set distance of the Mac. The app works quite well, and is also completely free, so it’s definitely worth a shot. 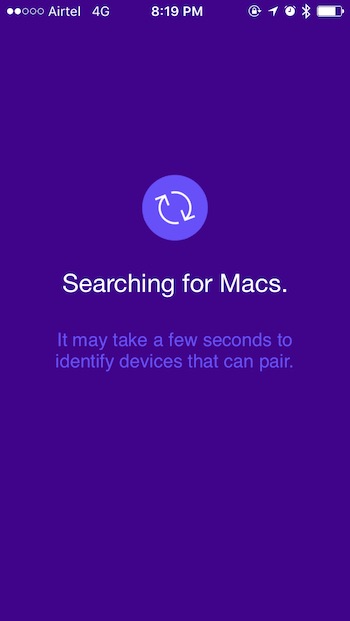 Tether doesn’t provide any additional features, such as setting up a tap pattern on the trackpad, so if that is something that you think you want from an app, Tether is not for you.

Near Lock happens to be the first app I tried when looking for apps that allow iPhones to unlock Macs using TouchID, and it works well enough. Near Lock, like every other app on this list, uses Bluetooth LE to make sure that it doesn’t drain the iPhone’s (or the Mac’s) battery. The apps works with the same principle of proximity, meaning that the moment you cross the set distance threshold, Near Lock will automatically lock your Mac, and will prompt you to unlock it when you re-enter the threshold distance. 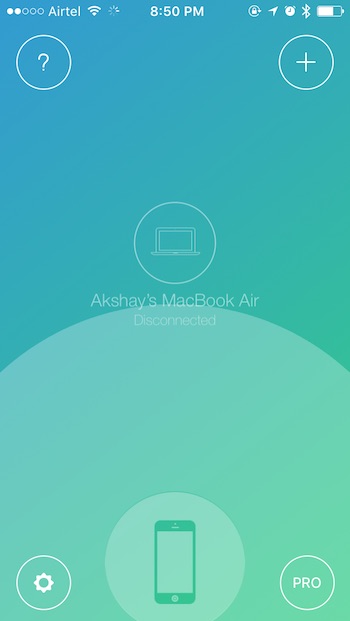 For $4, the app isn’t better in any way than MacID, and I would recommend readers to give MacID a try, instead, unless they absolutely don’t want the extra features that MacID offers. Near Lock’s apps are free, both on Mac and iOS, however, the free iOS app doesn’t work in the background, making it essentially useless, except to try out the features of the app. I’m totally on board with such “try before you buy” apps; just saying.

Knock is an app that sounded really promising to me. It can let users unlock their Mac by simply knocking on the screen of their iPhones; much like the Tap Pattern feature in MacID, except the pattern can’t be defined, and is always just “two knocks” on the iPhone. There is also an option to require TouchID authentication before unlocking the Mac, which, in my opinion is a good idea to have in the app. Not everyone would find it suitable to knock on their iPhone’s screen, every time they wanted to unlock their Mac. 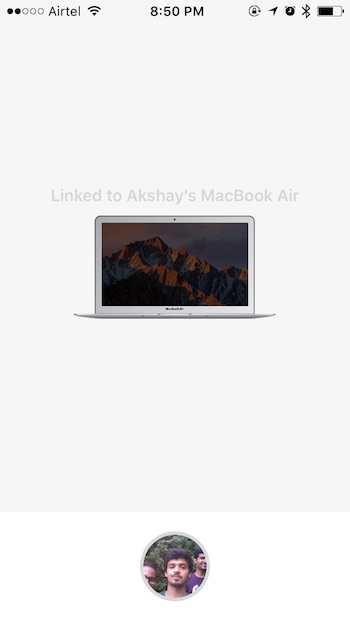 While this app looked very promising to me, and the presentation was brilliant, it simply doesn’t work well enough to charge $4.99 for it. The time taken for the app to recognize that I was near enough to unlock it was simply too long, and I ended up typing my password instead of waiting for the app to ask me to tap (knock!) the phone (which, in itself is a rather weird thing to be seen doing at work…or at home).

SEE ALSO: How to Unlock Chromebook With Your Android Device

Unlock your Mac automatically with your iPhone

Thanks to TouchID, Bluetooth LE, and the incredible amount of work put in by developers, users can easily lock and unlock their Mac, reliably, and automatically. While leaving Bluetooth on might not sound very appealing to most people (battery wise), since the apps use Bluetooth LE, the users don’t need to worry about battery drain on their iPhone or their Mac. If I had to recommend one of the apps I have covered in this list, I would say MacID. I have been using it for a long time, now, and it works very well. I have encountered delays at times, but even then, they are very short, and are nothing compared to the delays and issues with the rest of the apps that are available.

Have you ever wanted your Mac to unlock automatically, or with TouchID when you get close to it? If so, what apps did you try, and what (if any) problems did you face with those apps? We would like to hear about your experience with apps that allow locking and unlocking of Macs based on proximity with the iPhone. Also, if we missed out your favourite app from this list, make sure that you drop us a line in the comments section below.