Since the launch of smartphones, people have been experimenting with the ways we interact with them. I remember Sony launched its own hover technology quite a while back which allowed users to interact with the display without touching it. And while Apple doesn’t spend much time on these far-fetched features, third-party developers have always been exploring these avenues. This article is a result of one such third-party app which allows users to control their iOS devices using just their eyes. If that has piqued your interest, read along as we show you how you can use this app to control your iPhone with your eyes:

As I mentioned in the article, we will be taking the help of a third-party app to utilize this feature. The app is called “Hawkeye Access” and it uses the “TrueDepth” camera module on the iPhones to track your eye movement to use it as an input. That’s why, this app will only work on iPhones which come with True Depth camera technology which include the iPhone X, iPhone XS, iPhone XS Max, and iPhone XR. That said, Apple is said to release new iPad Pros with the same True Depth camera technology on 30 October 2018, in which case, the app should work on them too. With that said, let’s see how you can use this app: 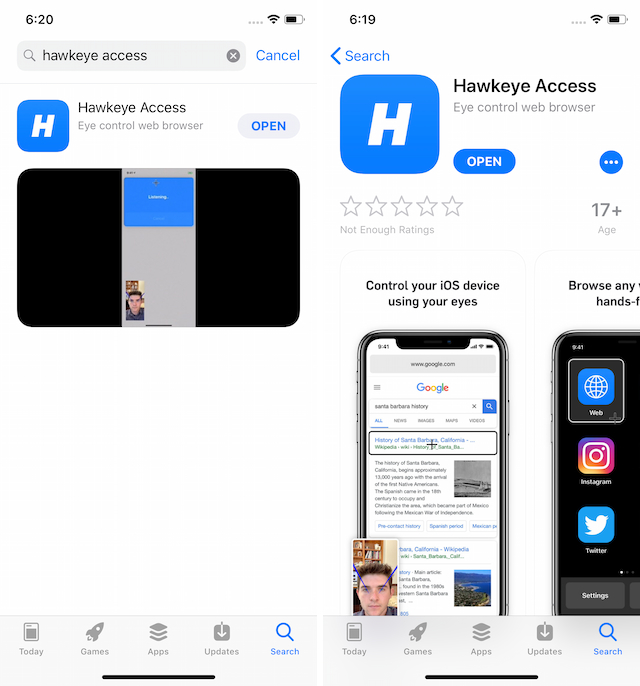 2. Now, follow the on-screen steps to calibrate the app with your eye moments. Then you can select between Smile, Blink, and Hold gaze. The option that you select will act as your touch input. Blink is the easiest and most accurate way to interact with your phone, so I suggest that you select that. 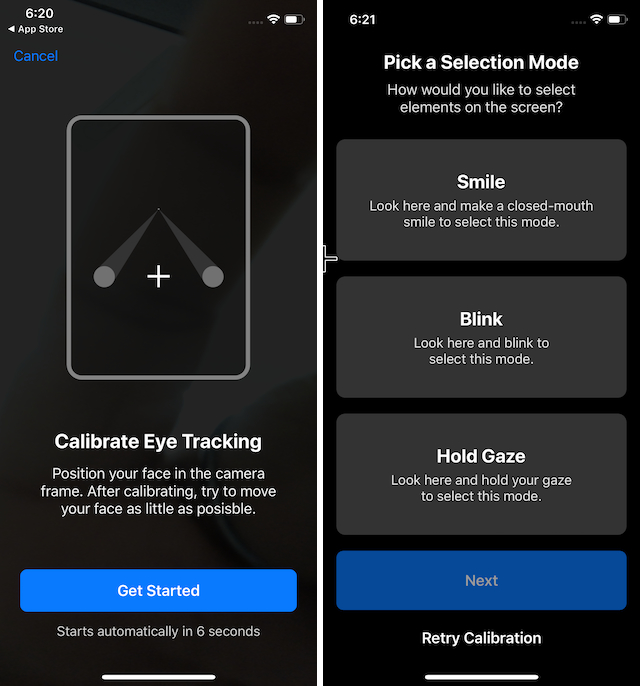 3. Once you are done with the configuration, the app will give you an interface with big app icons which you can select with your eyes to open. There’s also a “Settings” button which can be used to manage the different settings. 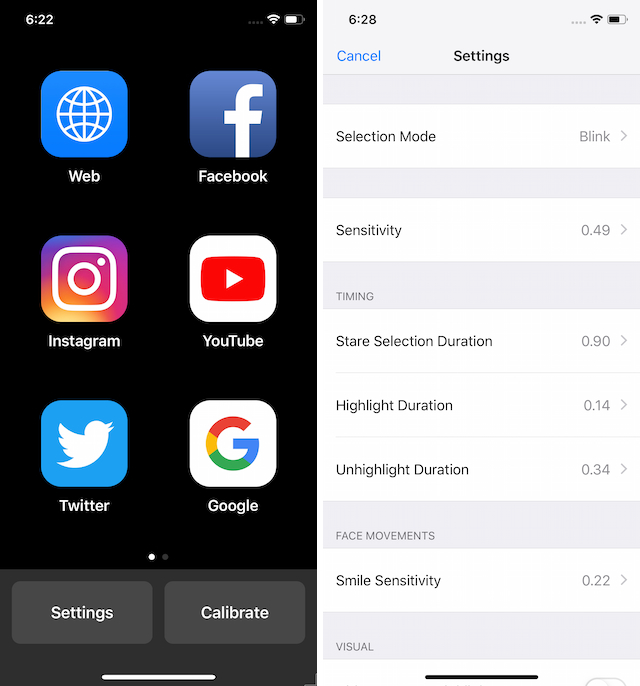 4. Now, all you need to do is to move your eyes to navigate and blink to interact with the app. You can use the left and right sides to go back and forth while the bottom left corner acts as the Home button. 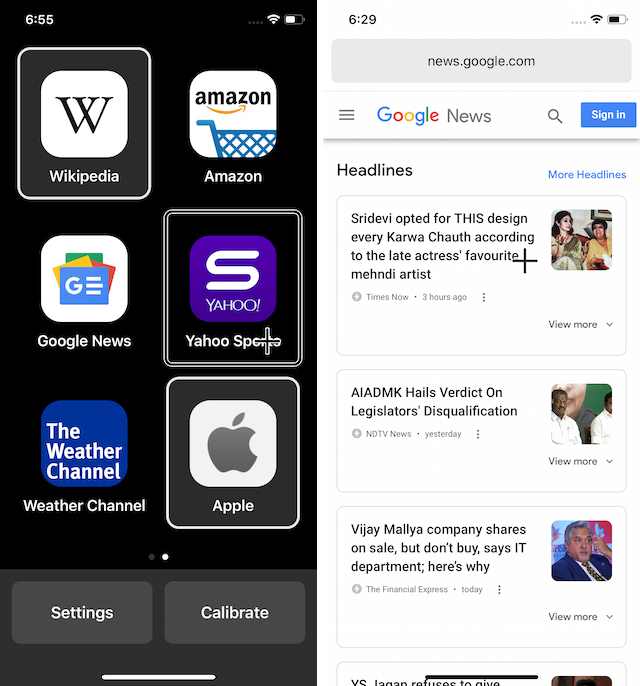 In my testing, the app performed really well, however, I had to train myself to move just my eyes and not my entire head. If you move your entire head, it will be very hard to use the phone as the cursor will be too sensitive to control.

It took me about half an hour to get the hang of it, however, after that, I was able to use the app with very good precision. That being said, the tech is still far behind touch interaction and it will take at least a few years before it can be used by regular users. In its current stage, it’s only good for us tech enthusiasts to play with.

Use This App to Control Your iPhone With Your Eyes

While the app is not good enough for day-to-day use, I quite liked the concept and using it for half an hour gave me enough confidence to use this app on quite a regular basis. I really enjoy using this app as it showcases what future has in hold for us.

Once this tech is implemented in a more logical way, it would really help people especially when they are using their iPhone for reading purposes. Do check the app out and let us know if you liked it or not by writing in the comments section below.