Taking screenshots on a Mac isn’t as simple as it is on the most popular computing platform across the globe, i.e., Microsoft Windows, and if you’ve made a switch from the latter to the former recently, you would understand exactly what I mean. You’d have found yourself looking for the familiar Print Screen key on the keyboard, only to realize that it doesn’t exist in the world of OS X. What’s more, there’s no evident and apparent way that will let you save whatever you have going on on your screen as an image. Well, while capturing screenshots on OS X might not be as easy as it is on Windows, it’s still fairly simple, and in this article, we’ll tell you all there is to know about screenshots on a Mac machine.

Taking a screenshot on a Mac using keyboard shortcuts

Keyboard shortcuts are the most natural and logical way of getting around in an operating system, and thus, Mac supports a number of shortcuts that you can employ to save screenshots in different fashions of your desktop. Let’s take a closer look at all the available options here.

Save screenshot of the entire screen to Desktop

If you want to just capture the entire screen (or screens, depending on your setup) and save it as an image file in the default format to your Desktop, the keyboard shortcut would be this:

Save screenshot of a certain area to Desktop

Assuming you don’t want to capture the entire screen, but only a particular area within, and save it to the Desktop, your shortcut will change slightly. The combination that you’ll now employ will be:

Doing so will turn your mouse pointer into a crosshair, which you can click & drag to identify the screen region that needs to be captured. As soon as you let go, the selected area will be captured as saved to your Desktop as an image file.

Save screenshot of a window to Desktop

Suppose the area that you want to capture in your screenshot actually constitutes an application window, which you might need to showcase for an article like this. Your shortcut from previous one will change slightly, whereby you will employ Command + Shift + 4, and when the cursor turns to crosshairs, instead of dragging with the mouse, you hit the Space key, and then click the window that you want to capture. Hence, the syntax would look like:

Take screenshot of entire screen and copy to clipboard

The three methods described above basically put an image file on your Desktop without any other options. Mostly, that’s what you’d  prefer, too. However, what if you want to copy the screenshot of your Mac’s entire screen to your clipboard for immediate reuse. Here, shortcut will get slightly modified:

With the addition of Control in the mix, your screenshots will go to the clipboard instead of getting saved on the Desktop.

Take screenshot of selected region and copy to clipboard

Following the same principle as above, you will change your keyboard shortcut for region capture with the addition of a Control to it. Hence, you will hit:

And the cursor will turn to crosshairs, allowing you to define the region that needs to be captured and copied to clipboard.

Take screenshot of a window and copy to clipboard

As you might’ve guessed it by now, the same pattern with the addition of Control applies here, too. Instead of doing just Command + Shift + 4 and then Space key, you’ll use the following combination:

The image will be copied to clipboard and will be ready for reuse as you see fit.

While on the subject of taking Mac screenshots using keyboard shortcuts, there are certain keys that you can use in conjunction with those described above to achieve certain results. Please remember that these are applicable only when you’re going for region capture (whether save to Desktop or copy to clipboard), and will not work if you’re using full-screen screenshots. Also, they work only on OS X Leopard and above.

During region capture, once you have drawn a region on your screen using the mouse, you can press and hold the space key to move the entire region as your mouse moves without altering its size. This will be useful when you need a screenshot of a particular size and have already got the perfect fit, just not in the right place. The system will allow you to drag your capture box anywhere on the screen and capture anything that you wish.

This is outside of the Shift keypress that you need to initiate the capture process. Pressing and holding shift during region capture will let you change one dimension of the capture box without affecting the other. So, you can basically increase or decrease the size horizontally without changing vertical dimensions, and vice versa.

Pressing and holding the Option key during region capture will let you resize the capture box whilst taking its center as the anchor and focal point. This means that you capture box will shrink and grow proportionately and equally in all dimension with reference to whatever was in the center of the box. Useful if you have a “must-have” kind of object in your screenshot and you want to have evenly distributed edges around it.

The recent iterations of OS X have used PNG as the default screenshot format for quite some time now, but there are a number of other supported formats available that you can use, like JPG, BMP, TIFF etc. Changing the default screen capture format requires using Terminal. Simply launch a new Terminal session and enter the following command:

where image_format needs to be replaced with whatever format you want to use, like jpg, for instance. Please note that you will need to log out and log back in for the changes to take effect. Alternatively, you can use the following command after the previous one for changes to take effect immediately:

As we noted earlier, OS X saves screenshots by default to the Desktop on your computer. However, you can specify a different location to save images to. Let’s say you want to save all screenshots to Pictures/Screenshots on your Mac. To do that, launch a Terminal session and enter the following command:

You can substitute the last bit with any path that you want, and your screen captures will change their default save path. You will need to either log out and log back in, or use the killall command above for changes to take effect.

Taking a screenshot on a Mac using Terminal

As Terminal is one of the most powerful areas of a Mac, it should come as no surprise that you can take screenshots using the command-based utility as well. The input for that will look like:

While it might not seem very useful, this kind of method will work best if you are doing some kind of scripting that required capturing screenshots.

Take a screenshot on a Mac OS X using Grab

Similar to the Snipping Tool in Windows, Apple, too, introduced a tool in OS X that aims at facilitating this entire process with a GUI. The utility is called Grab and resides under Application/Utilities/Grab. Alternatively, you can also quickly find Grab using the Spotlight search that OS X has on offer.

One of the key benefits that Grab offers over the keyboard-based methods is allowing timed screenshots, where the system will capture anything and everything on display 10 seconds after you’ve given the command. This allows a great way to showcase menus, tooltips, and anything else that might be hard to capture using the other, conventional methods.

That’s pretty much there is to it when it comes to the default screen capture capabilities of a Mac. As you’d notice, the native options are quite robust and powerful compared to a Windows system, but are equally more complicated. There are also several third-party tools that offer this kind of functionality with additional features, but that’s a discussion for a separate article.

How to Take Screenshots on Snapchat Without Notifying Sender
Partner Content 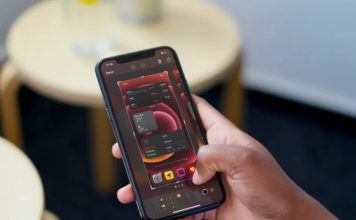 While it's pretty straightforward to capture screenshots on iPhone with the combination of home/volume and side buttons, it doesn't always seem to be the...
Rajesh Mishra - Oct 29, 2020 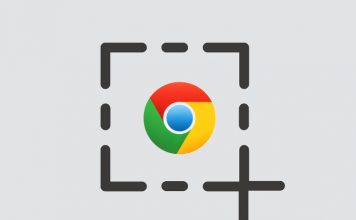 Chromebooks are a fantastic machine for general users as it comes built-in with most of the basic tools. If you want to take a screenshot...
Arjun Sha - Jul 10, 2020 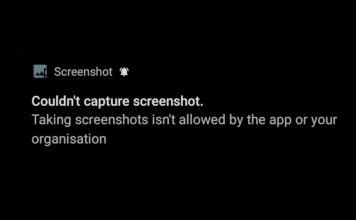 In order to protect DRM content on Android, Google made some primary changes with the release of Android Oreo in 2017. And with every...
Arjun Sha - Jul 4, 2020 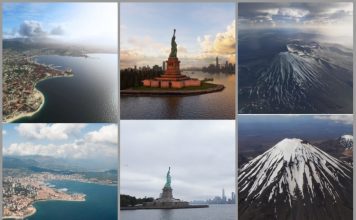 Microsoft is yet to release the amazingly realistic game from its Flight Simulator series of games later this year. We saw the company send...
Beebom Staff - May 17, 2020 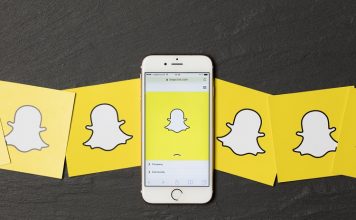 Snapchat is kind of a unique social media app that is anti-everything that social media stands for. You can't save the messages, memories or...
Arjun Sha - Nov 26, 2019