Much like people don’t think that Macs can get viruses, many iPhone users think they don’t need to worry about malware. But as we’ve seen over the past few months with KeyRaider and XcodeGhost, iPhones are indeed susceptible to malware, and users can lose a lot of very valuable data if they’re not careful. By taking a few simple steps, you can significantly reduce the chances that your phone will get infected.

Know What’s Out There

This is important; if you’re aware that iPhone malware exists and that iPhones do, in fact, get infected, you’ll be better informed than many other users. Keep an eye on tech news to make sure that you know when there are threats out there. 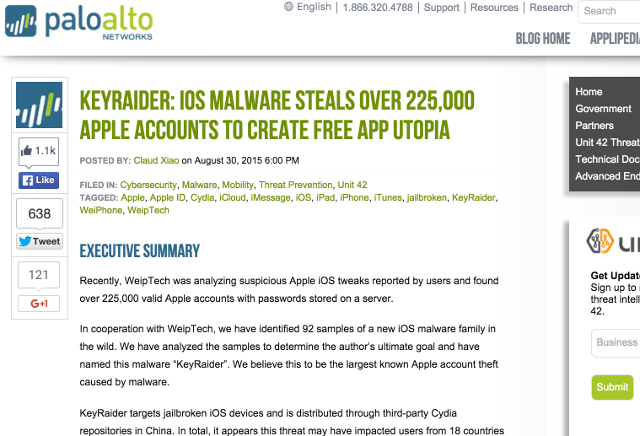 For example, at the end of this past August, a lot of news was released about malware called KeyRaider, which infiltrated jailbroken iPhones and stole over 200,000 users’ Apple ID credentials and other confidential information. Many people were unaware of the existence of this malware and couldn’t take action when it become clear that they may have been affected.

More recently, malware called XcodeGhost was distributed through a number of verified apps listed on the App Store, making it clear that it’s not just jailbroken phones that can be infected. Although Apple has taken steps to mitigate the threat, it’s still a clear sign that iPhone users should be on the lookout for any news on iPhone malware.

Jailbreaking has a lot of great benefits—it gives you access to cool tweaks that change the behavior of your iPhone, it lets you download a wider variety of apps, and it gives you more low-level access to the files on your phone. But it also makes it much easier for hackers and other miscreants to infect your iPhone with malware. 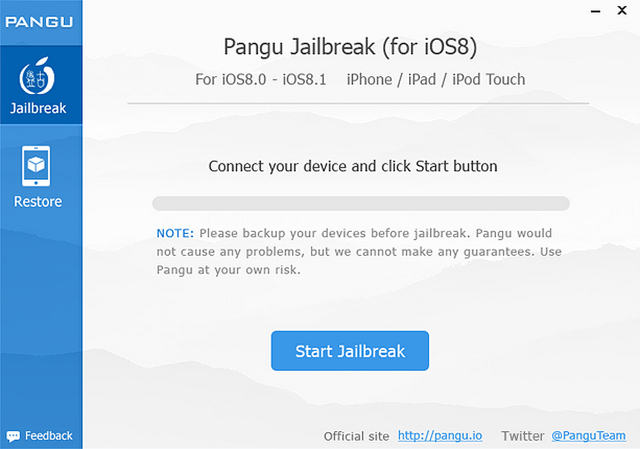 Jailbreaking, in a nutshell, removes the restrictions that Apple has placed on how you interact with your phone. Many of those restrictions exist to help Apple keep close control of how its products are used, but some restrictions are also meant to keep you safe. For example, a non-jailbroken iPhone can only install apps from Apple’s App Store, where every app has been verified by Apple to be safe. Installing from other app stores could mean that you face significantly increased risk.

However, jailbreaking your iPhone also means that it will take you longer to get updates from Apple, and that could put you at risk. When developers and researchers discover vulnerabilities in iOS, patches are released as updates, helping users to stay safe. If you can’t get those updates, you could stay vulnerable to malware that’s already been addressed by Apple, putting yourself in unnecessary risk.

If You Do Jailbreak, Be Careful

Even though jailbreaking does put you at increased risk, many people will find that customizing their phones in the ways that they’ve wanted to is worth it. And that’s fine—jailbreaking doesn’t guarantee that you’ll contract iPhone malware. But you’ll need to be careful. 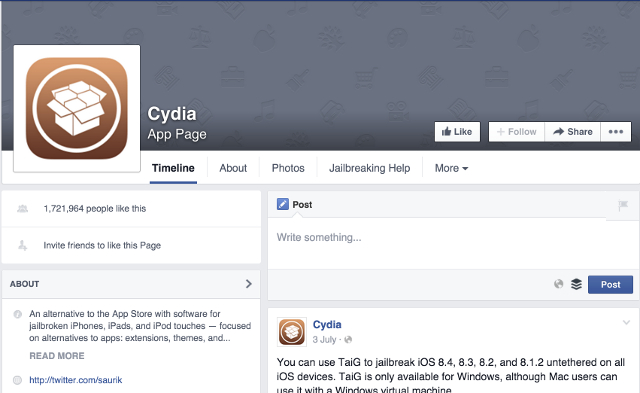 Cydia, the most popular installer for jailbroken iPhones, has been around for quite a while and has developed a reputation for quality (though you still need to be vigilant, as they don’t have nearly as many controls in place as Apple, making it more likely for a malicious app to sneak through). Other installers haven’t been around nearly as long and haven’t developed much of a reputation at all; you should be very wary of these.

Choose your apps carefully, too. Just because an app has positive reviews doesn’t mean it’s safe. If you’re unsure about whether an app is safe, it’s better to not download it. Or, at the very least, check out the developer’s website and other apps to see if they look trustworthy.

As previously mentioned, when Apple gets wind of new malware that affects its phones, it will release an update to iOS that you can download to protect yourself. It’s easy to ignore these updates, but it’s important that you don’t. When there’s an update to iOS, download it as soon as you can. Getting infected with malware that’s already been dealt with is even worse than getting infected with a new strain, as you could have prevented it in the first place. 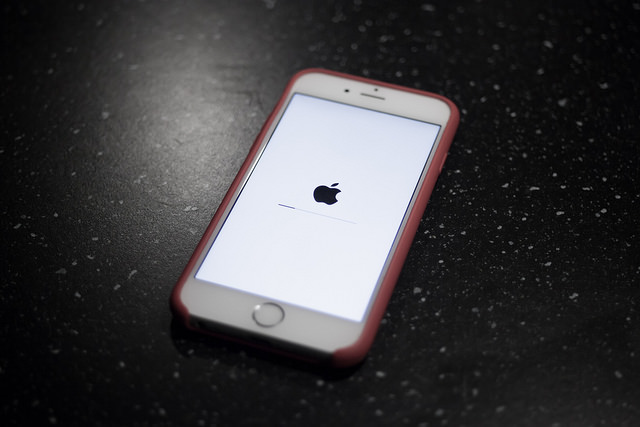 How do you know when there’s an iOS update? You’ll get an app badge on the Settings app—a little red bubble will appear in the upper-right corner, usually with a “1” in it. If you see this, tap on it and run the update as soon as you have a chance. It usually only takes a few minutes, and could save you a lot of time in cleaning up your phone after it’s been infected.

Similarly, you should run app updates whenever they’re available; again, if a developer finds a vulnerability, they’ll patch it in an update. Just like with iOS updates, you’ll see a notification—this time on the App Store icon—when updates are available. Just tap it, go to the Updates section, and tap Update All. It’s that easy.

Only Use Trusted Computers and Ports

Did you know that your iPhone can get hit with malware just by plugging it into a computer that’s been infected? Or even a wall outlet that’s been compromised? Hackers are getting more and more creative with ways to spread malware, and this is a particularly stealthy strategy. Back in 2013, researchers built a tiny computer for only $50 that could be hidden in a public charging station—and would gain access to any iPhone plugged into it. 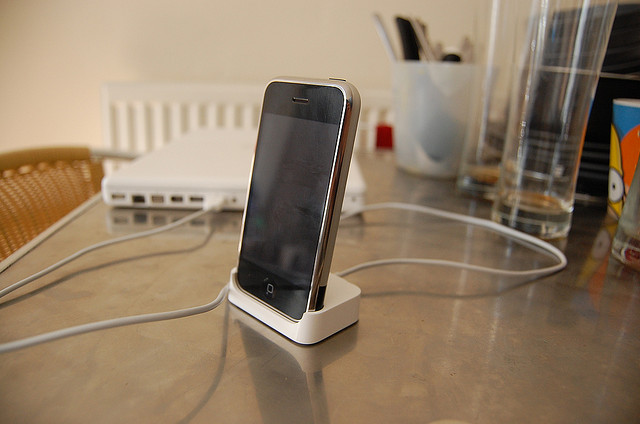 Obviously, you don’t need to go overboard with this. You’ll probably be safe plugging your phone into your friend’s computer or an outlet in your house. But when you’re out and about, be a little more discriminating. Especially in highly trafficked places like airports, malls, and public buildings.

Apple recently took an axe to many anti-malware apps that were present in the App Store, but a few survived, and could help you stay virus-free. Lookout is a powerful app that combines anti-malware tech, phone backups, security audits, and theft protection. Most of the features are free, so there’s no downside to downloading this app. It even detected XcodeGhost in most versions of iOS. 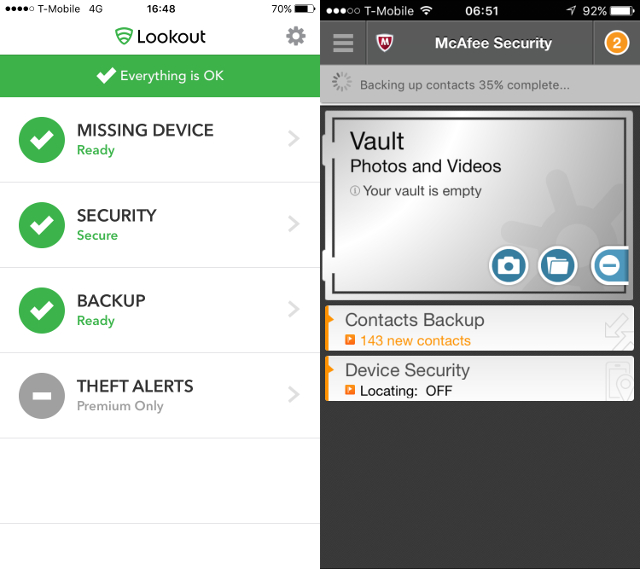 Another good app to download is McAfee Mobile Security, which also provides a number of features. Lock files inside your secure vault, protect private photos from other apps, back up your contacts, set off an alarm if your phone is stolen, and even receive an SOS message with a location when you lose your phone.

Configuration profiles are used by developers to help you set up apps or get connected to wireless networks. They can be very helpful, but they can also serve as an entry point into your phone. One way to fend off potential malware attacks is to occasionally check the Profiles section in Settings > General. If there’s anything there that you don’t remember installing, delete it. 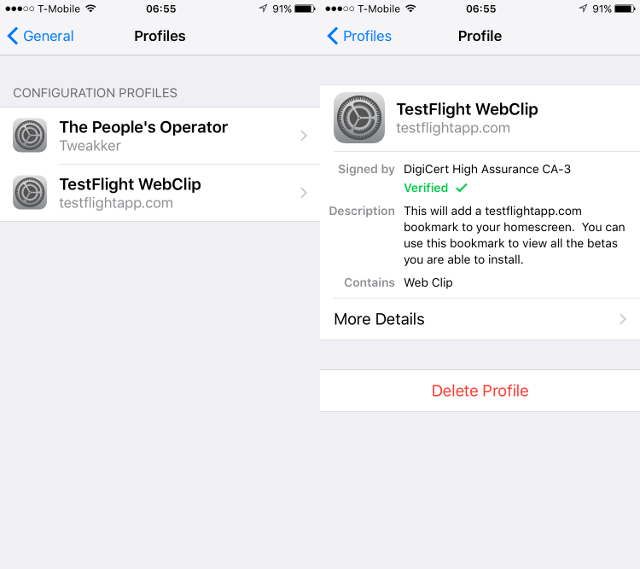 Most of the time, even if it was important, you’ll be able to get it back pretty easily. And in general, you won’t have more than one or two profiles installed, so if you see a lot of them, that should be a warning sign.

iPhone Malware is a Real Risk

Although the iPhone is a very secure device, there’s still a risk of it being infected with malware. Take the steps listed above and stay vigilant, and the risk of your phone getting hit with a virus will be minimal. When you get a new iPhone, don’t just protect the screen! Make sure that you’re protecting your data as well.