Every time Apple Inc comes up with a brand-new device — or a brand-new version of an existing device — we would be able to expect a lot of features in it, like never before! This custom was not different during the launch of the new version of iPhone as well — we mean the iPhone 6s! Apart from the performance-oriented improvements, due to its A9 chipset and enhanced multitasking capabilities, Apple had made some changes to the build of the device, though iPhone 6s is as similar as its predecessor from the first look. For instance, the device makes use of a brand new form of Aluminium — Series 7000 — that ensures stability. And, Apple is using one of the best-available Smartphone glass for iPhone 6s screen, so that you can be a rough user without being conscious about it. Also, Apple has included one superb feature with it — 3D Touch! This feature lets you manage your iPhone 6s through different touches that vary in terms of applied pressure. So, concerning the 3D Touch feature, you would be looking for an extra protection that you can use for your iPhone 6s Screen. This post will help you find top 10 iPhone 6s screen protectors for you. 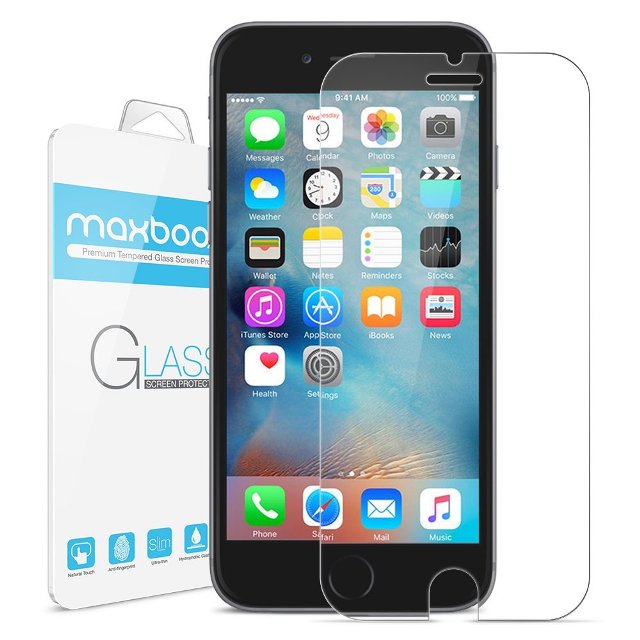 When you need to protect your iPhone 6s screen without affecting sensitivity of touch screen or tampering with the accuracy of touch, Maxboost Tempered Glass iPhone 6s Screen Protector is a good choice you can make. Despite the use of tempered glass for manufacture, the screen guard does not bring issues to 3D Touch feature and the guard is the thinnest tempered glass protector — with 0.2 mm thinness. Well, of course, the case comes with hydrophobic & oleophobic coatings so that you don’t have to be afraid about oil or water tampering the screen. It’s to be noted that Maxboost Tempered Glass iPhone 6s Screen Protector comes with lifetime warranty and the screen protector can be installed in a few seconds, leaving no kind of remnants out there. Well, the hardness level is 9H, by the way. 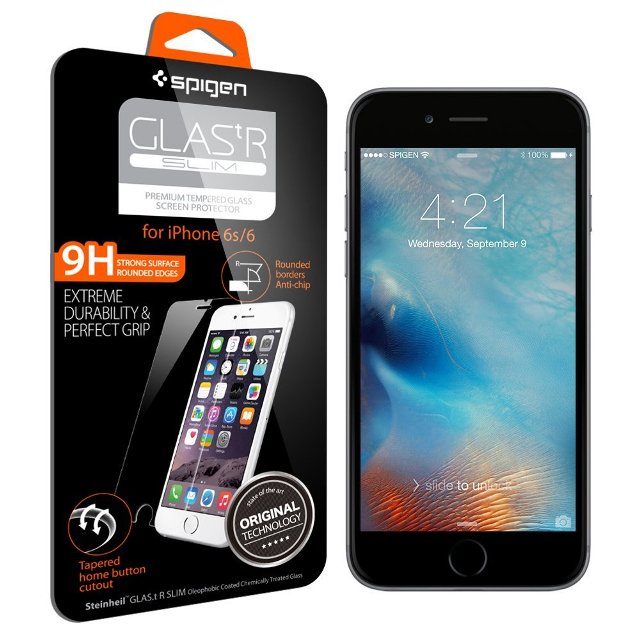 This tempered glass screen protector from Spigen — which is way too popular for Smartphone accessories — comes with complete compatibility with Apple’s 3D Touch feature. This compatibility has been achieved despite the best-in-class hardness of 9H standard. So, the 9H hardness of Spigen Tempered Glass iPhone 6s Screen Protector can be one good-enough to protect the screen from possible damages, such as oils, water, dirt etc. Also, the screen protector is resistant towards fingerprints as well. Spigen Tempered Glass iPhone 6s Screen Protector can offer best protection for your device screen without interfering with the viewing experience or screen brightness, for that matter. Other features of the screen guard include guide stickers for easier installation, curved edges, uncompromised sensitivity of touch screen etc. 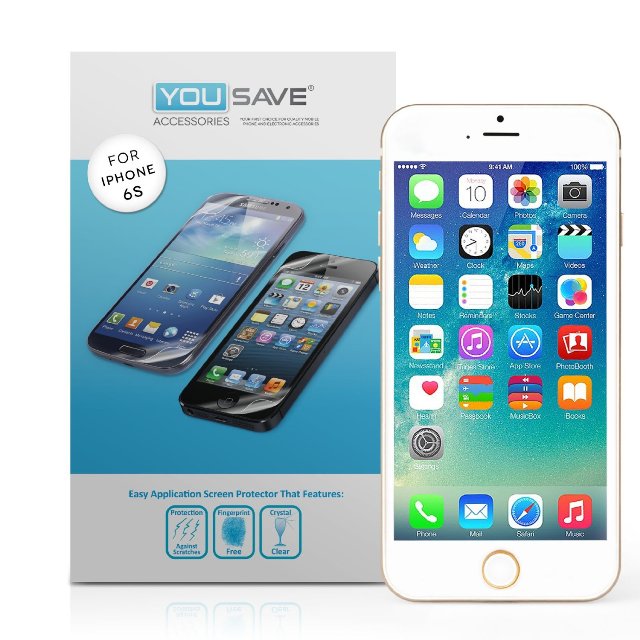 With Triple Layer Scratch Guard Technology, Yousave Accessories iPhone 6s Screen Protector can be good-enough to protect your iPhone 6s screen, given the hardness and quality of the material used for construction of the guard. It’s been constructed using ultra-thin PET Acrylic and there is a Silicone-based adhesive layer to make sure that you can install the screen protector with no issues, whatsoever. In addition, to offer a better viewing experience by making the glare as less as possible, Yousave Accessories has included an Anti-Ultraviolet layer in the protective glass so that your viewing experience wouldn’t be affected even during brighter environments. The PET-based layer can protect the screen from dirt, water, dust etc. and the package comes with five screen protectors, which makes the deal a lot more affordable. 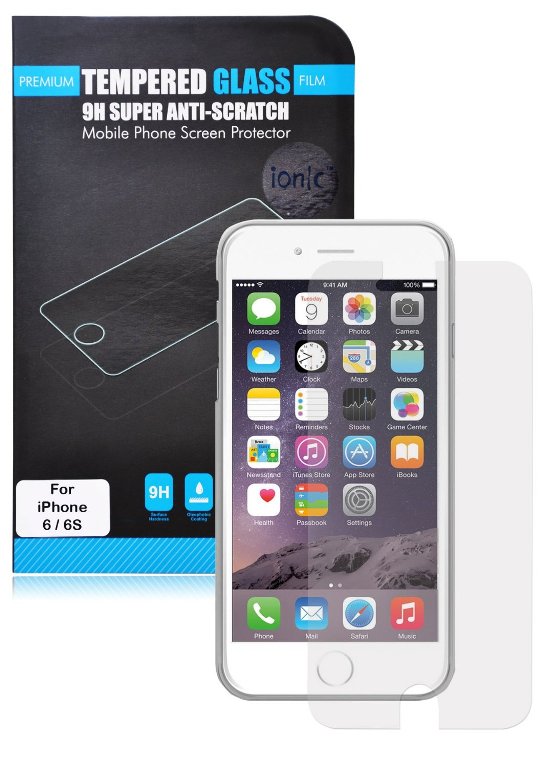 Material used for the production of Ionic Pro iPhone 6s Tempered Glass Screen Protector meets a hardness standard of 9H, even while keeping the thickness to an incredible 0.2mm! However, despite the thinner design, the protector is meant to protect the screen from shatters, dirt, dust, oils and water; and, you can solely depend upon tempered glass, that’s a fact. Talking of the design, we have to mention the polished finishes and smooth edges that enhance the usability of the screen guard. Ionic Pro claims that Ionic Pro iPhone 6s Tempered Glass Screen Protector can be a bit more resistant towards the common issues when compared to other products in the range, which is a good thing. 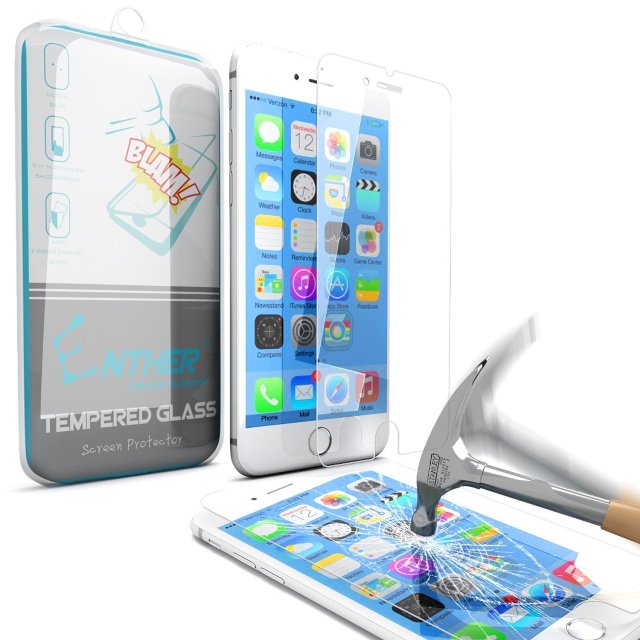 Apart from the tempered glass that is mainly in use, Enther iPhone 6s Tempered Glass Screen Protector makes use of a layer named Retina Sense, which has been optimized for the best-in-class protection level, despite the protection of transparency and usability of your device screen. Other notable features of Enther iPhone 6s Tempered Glass Screen Protector are anti-oil coating that is capable of resisting fingerprints and smudges, protection from accidental drops and falls, etc. And, the finish using tempered glass ensures comfort when it comes to using the touch of your iPhone 6s. Also, customers say that installation procedure of the protector is way too easier and it leaves no kinds of air bubbles or other issues. 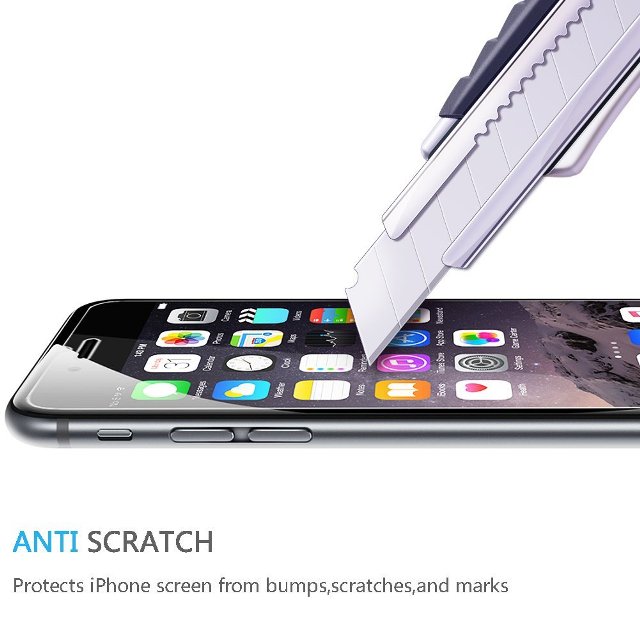 By using world’s thinnest version of tempered glass, ActionPie has made this screen guard one of the best for your iPhone 6s screen, and we have to consider the 9H hardness standard of the material used. The protective layer does offer protection from bumps, scratches, drops etc along with common issues like dirt, dust, water etc. Moreover, it’s to be noted that the layer is oleophobic and hydrophobic and you can take the firm’s word for that. Its protective layer is said to be harder than a knife and you can be confident enough to use your iPhone 6s in dangerously rougher scenarios out there. After all, customers have impressive opinion about ActionPie Tempered Glass protector for your iPhone 6s. 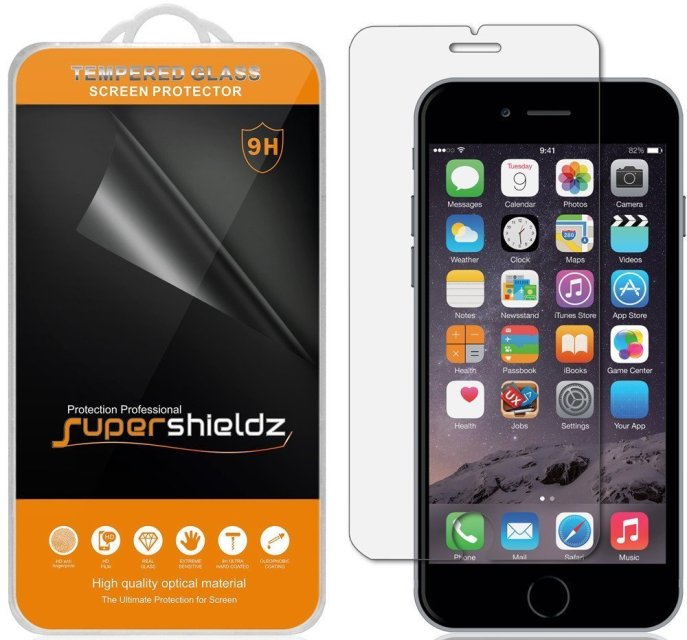 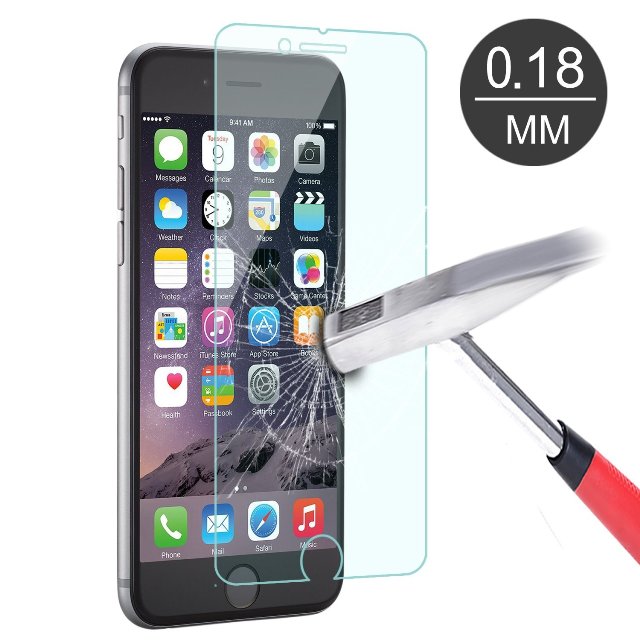 When you need maximum compatibility with 3D Touch feature of iPhone 6s, this tempered glass screen protector is a noteworthy accessory for your device. The protective layer has thinness of 0.18mm, which is one of the lowest in the case of tempered glass standards. Also, brightness has been enhanced by 45% while weight has been lowered by 40%. Also, Sparin Tempered Glass iPhone 6s Screen Protector comes with a repeatable installation process, which is a good-to-go feature when you want to leave no signs of installation or remnants on the device screen, at any case. It has to be noted that the protective layer 99% High Definition quality as well. There are some other features of the layer such as Magnetic Absorption and Lifetime Warranty from Sparin. 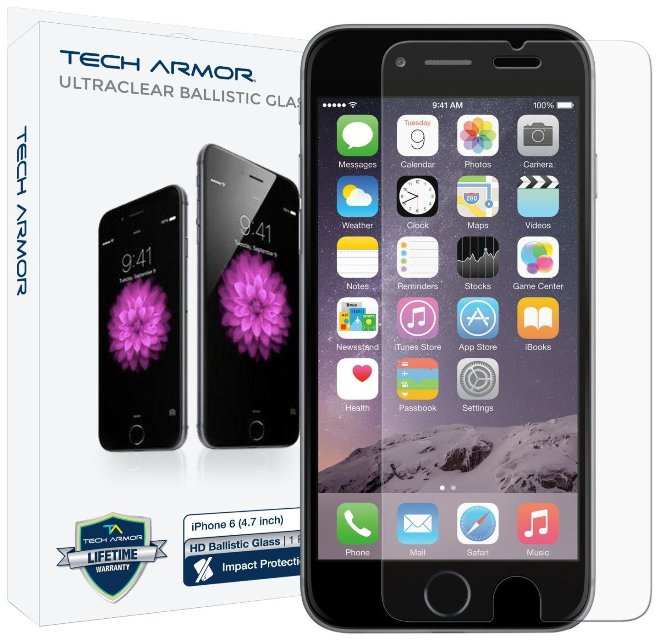 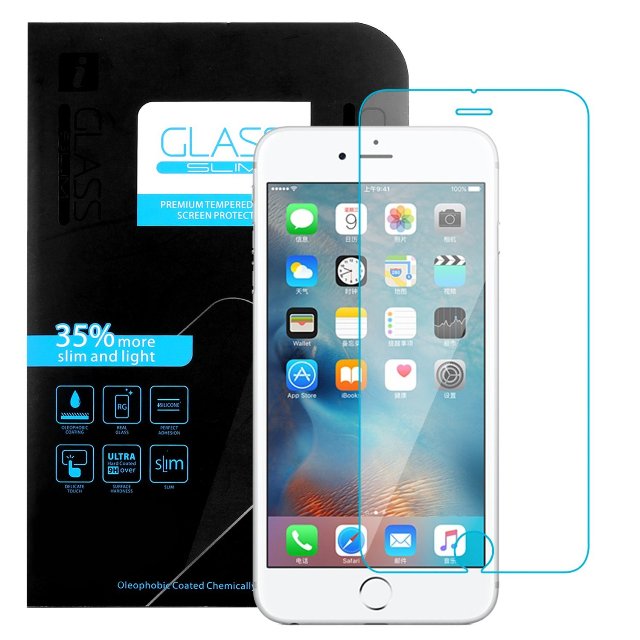 This Tempered Glass-based screen protector from ENGIVE is one of the best accessories you can have for iPhone 6s of yours. The make using tempered glass can offer you protection from various issues out there, such as scratches, dirt, dust, etc. Also, ENGIVE has incorporated a feature named TruTouch Sensitivity — which can enhance sensitivity of your iPhone 6s screen in such a way that you won’t sense the presence either. Also, the same technology can help you keep the touch accuracy into a new level. Being a dedicated accessory for iPhone 6s, you can be sure that there is access to all the sensors and ports of your device.

How do you protect the Retina Display of your Apple iPhone 6s? Do you use any of the abovementioned screen guards? We are eager to hear from you.

Apple Has Started Commercial Manufacture of the iPhone 6s in India