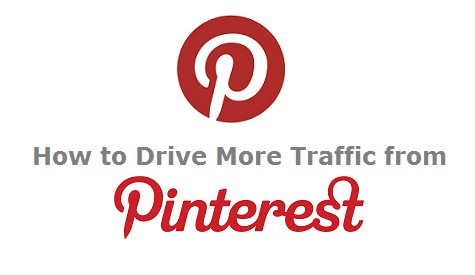 Pinterest holds huge potential of driving traffic to the websites and it has proved it in January by driving more referral traffic than Twitter which is among top 10 most visited websites.

If you are wondering how Pinterest referred such a huge amount of traffic, see our earlier post here.

Now, our job is to tell you how to get maximum out of Pinterest. Here are some important points that you need to keep in mind before pinning,

1.  As we know, Pinterest is all about describing things with pictures only, so why not offer pictures that grab more attention.

I can use a simple Google’s logo as an image for this post but will it be able to grab the attention ? It won’t.

On the other hand if i use the image like this,

It’s gonna work and people will repin it, like it and land on my blog too.

2.  If possible add Humor to the image to be Pinned, but it should not divert from the subject, otherwise it would negatively affect your reputation.

Because, Humor is the only content that everyone wants to share before it gets older and hence chances of Repins and likes increases.

3.  Pinterest is the only social media sharing website where it doesn’t matter how many followers you have because your Pin is visible to everyone using Pinterest.

So, rather than concentrating on increasing followers it is better to concenterate on repins, likes and comments on your Pins.

For example if you have a post about Facebook, its better to have to two boards one with name Facebook and other with name lets say, Social Media and it gives you right to pin the same stuff twice without looking stupid or desperate.

If you will Pin keeping above tips in mind, you will see the difference. Happy Pinning !

Curalate Lets You Know Who’s Pinning About Your Brand